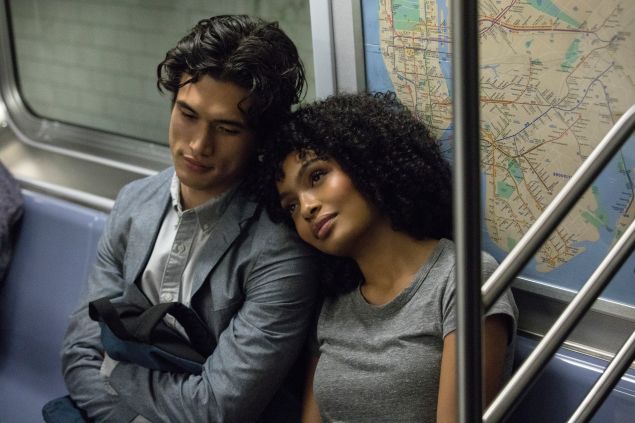 Yara Shahidi and Charles Melton in The Sun Is Also a Star. Warner Bros.

Early on in The Sun is Also a Star, Natasha (Yara Shahidi from Grown-ish), a young women living undocumented with her family in New York, tells her father she is going out, to meet with someone from the city who can help with their immigration status. “Accept destiny,” her father bellows back to her.

A few moments later, Daniel (Charles Melton, Reggie on Riverdale), is on the subway with his friend when there is a delay. In addition to an explanation for the hold up, the conductor uses the PA to tell a story about the nature of fate. “Open your heart to destiny,” he says.

Yes, this is a movie that insists on addressing even the most straightforward of statements and situations with the pseudo-metaphysical claptrap found inside fortune cookies. No one in the Big Apple (or anywhere else for that matter) speaks like the characters in this movie do. Yet incredibly, the incongruously dreamy and profoundly clichéd dialogue—meant to put you in the mood for mystical romance that the film never delivers—is not even the least convincing aspect of this movie.

Adapted from the New York Times bestseller by Nicola Yoon, The Sun Is Also a Star is meant to tell the story of a seemingly fated pair (“fate” like “destiny” are words the movie throws around like beads on Mardi Gras) who meet during a hectic day of NYC commuting. And while the two lead actors are both unbelievably attractive and incredibly aware of that fact, Melton and Shahidi together generate less heat than a rain-soaked newspaper.

Not that the film gives them much to work with. We are told again and again that both protagonists have urgent, life-shaping matters to attend to, but—as portrayed on screen—the stakes couldn’t feel less consequential. Nor could the circumstances that keep throwing them together feel more contrived. This is a movie that talks endlessly about emotion but displays none of it—and the same can be said for all that destiny chatter.

What the film does have is a director, Ry Russo-Young (2017’s Before I Fall), who has an inherent feel for the city and its rhythms—especially the semi-narcotic way people experience it today with a soundtrack from their Beats headphones. But, even so, the city is presented without edge and with very little tension—most of that coming from the pair’s visit to Daniel’s parents’ wig and hair care supply store in Harlem. (The highlight of the film was Daniel’s two-to-three-minute primer on the historical and socioeconomic reasons why Koreans control more than 65 percent of the African American hair care products business.)

With a noticeable absence of dynamism in its storytelling and no combustible erotic charge between its lead actors, The Sun is Also a Star is less of a movie than it is an extended version of one of those Instagram stories where two terrifically photogenic people you kind of know feel compelled to share their effortlessly sexy day together for no other reason than, you know, they’re hot. As you scroll through the various duck face selfies at sunset, you end up wondering if they are really that into each other or are just committed to selling that idea to their friends.

In the case of The Sun is Also A Star, even though its young stars looked like they just strolled out of J.Crew’s summer catalog, you’re simply not buying it. 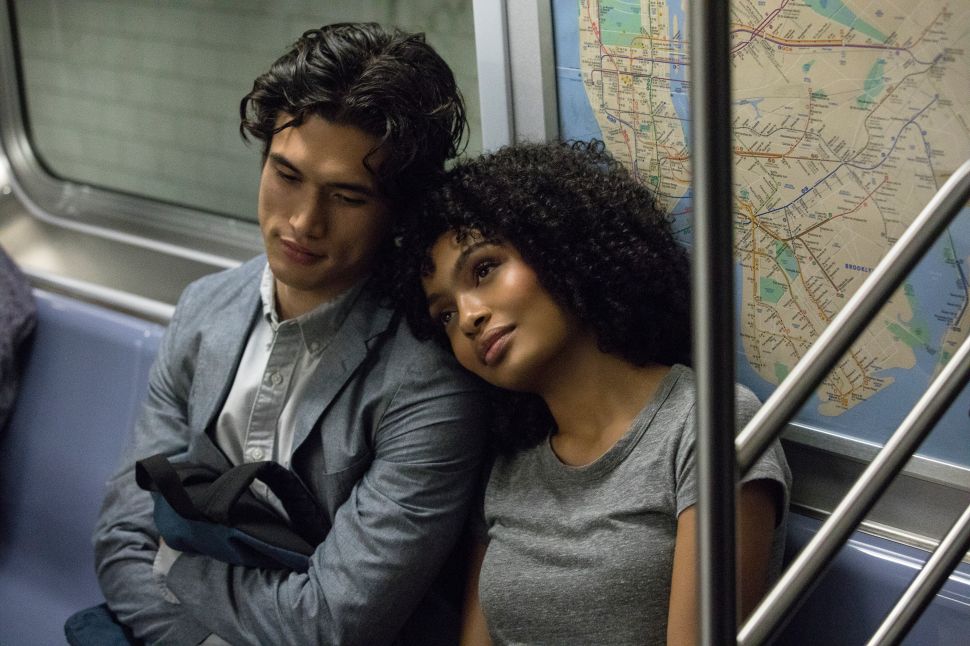