For several years, we here at Observer have methodically tracked the progress (or lack thereof) of George R.R. Martin’s The Winds of Winter, the sixth book in his A Song of Ice and Fire series on which HBO’s Game of Thrones is based. Martin released the most recent novel in the series, A Dance With Dragons, way back in 2011 and has publicly said he never envisioned the show concluding before his own tale. But alas, the series finale of Game of Thrones will air this Sunday, and The Winds of Winter is still nowhere to be seen.

Former Game of Thrones star Ian McElhinney—who played Ser Barristan Selmy, a character from the series who is notably still alive in the books—made some shocking comments recently at the Epic Con convention, which took place this past April. He claimed that Martin has already finished the final two books but struck an agreement with HBO not to publish them until after the show has ended, reports Collider.

“George has already written Books 6 and 7, and as far as he’s concerned there only are seven books,” the actor reportedly said. “But he struck an agreement with David [Benioff] and Dan [Weiss], the showrunners on the series, that he would not publish the final two books until the series has completed. So if all goes well, in another month or two we might get Books 6 and 7, and I’m intrigued to know how Barristan, for instance, ends up going through those final two books. George, I talked to him during Season 1 and he did say to me that Barristan had a very interesting journey. But unfortunately I didn’t get to play all of that, so we’ll have to wait and see.”

Game changer, thy name is Ian McElhinney. Many fans—us included—have bemoaned Martin’s lack of progress on the long-awaited novels. But once it became clear around Season 5 that the show was surpassing the narrative of the books, Martin provided the showrunners with the broad strokes of his intended ending (which is hopefully handled with more care than last night’s episode, “The Bells”). Perhaps that is when this alleged agreement was reached, though this all remains completely unconfirmed at this time.

When reached for comment, HBO directed us to Random House, the publishing company behind the books. Random House has not yet responded to Observer’s request for comment.

UPDATE: Martin has debunked this assertion with a post on his personal blog, stating, “I will, however, say for the record—no, The Winds of Winter and A Dream of Spring are not finished. Dream is not even begun; I am not going to start writing volume seven until I finish volume six.” 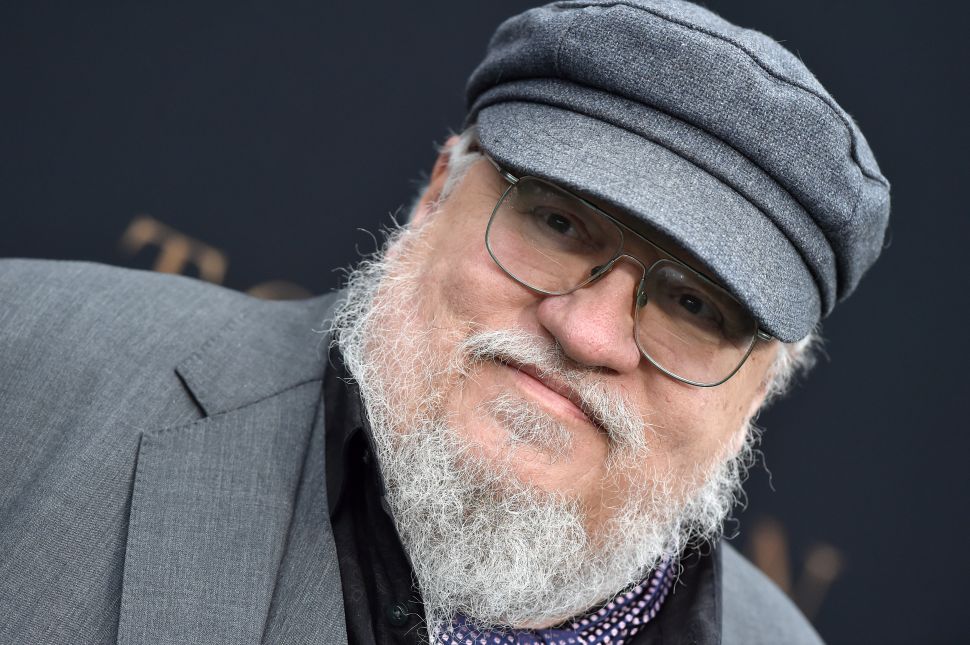