Apple CEO Tim Cook is continuing to stress his stance on data privacy.

As other tech CEOs struggle to rehabilitate their respective platforms’ public image—Mark Zuckerberg and Jack Dorsey come to mind—Cook has doubled down on the importance of data protection at Apple.

In an interview with ABC’s Diane Sawyer this week, the head of Apple called the current data collection debacle that much of the tech industry is embroiled in a “crisis.” “Privacy in itself has become a crisis,” Cook said. “It’s of that proportion—a crisis.”

He went on to explain that Apple has no interest in collecting users’ data because that’s not their product, as they are in the business of selling devices. “You are not our product,” he said. “Our products are iPhones and iPads. We treasure your data. We wanna help you keep it private and keep it safe.”

The comments come just weeks after Cook expressed similar views at the Time 100 Summit, during which he said technology “needs to be regulated” by the government. “There are now too many examples where the no rails have resulted in a great damage to society,” he said during the April appearance.

While Apple’s business model indeed relies on selling millions of hardware units around the world, the company is currently pivoting to a subscription-based revenue stream. And with good reason. Case in point: Apple Music and Apple Pay accounted for $11.5 billion of its sales last quarter, with iPhone revenue being down in comparison with previous years.

The company’s new strategy will include a roll out of several software-focused products, which it announced in March. These include Apple TV+, Apple News+, Arcade and a credit card.

Apple’s adamancy to lead the pack into more ethical data collection is proof that privacy is the hottest trend in tech at the moment. With Facebook and Twitter rallying to clean up their platforms ahead of the 2020 election, social media’s trajectory to become more private is bigger than ever. 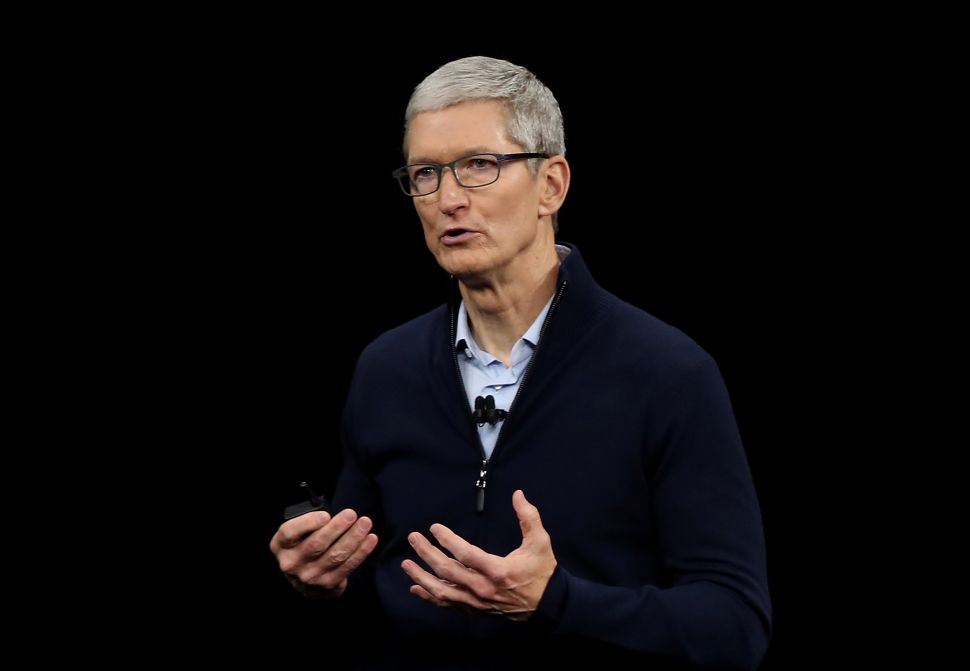