Each nanosecond of the Trump administration creates a new level of fear, loathing and disgust. Currently, what’s hitting us in the face like a plague of diseased locust is reports that President Donald Trump might pardon… servicemen accused of war crimes.

All in time for Memorial Day…

Let’s recap who’s up for a possible presidential pardon: Maj. Mathew Golsteyn—the Army Green Beret accused of killing an unarmed Afghan. And let’s not forget the the group of Marine Corps snipers who urinated on the corpses of dead Taliban fighters—and then were dumb enough to upload the video to YouTube. Finally, let’s top things off with Special Operations Chief Edward Gallagher of the Navy Seals.

While on deployment in Iraq, Gallagher’s alleged heinous crimes included: shooting a school-age girl and an old man with a sniper rifle; walking up to a teenage ISIS fighter being treated by medics and stabbing him to death with a hunting knife; and routinely spraying neighborhoods with rockets and machine-gun fire with “no discernible targets.”

According to the report, Gallagher, later tried to cover up the killings by intimidating potential witnesses—warning several platoon members that “speaking out could cost them and others their careers.”

Gallagher sounds like one bad hombre to me. His trial is set for May 28 at Naval Base San Diego. But no need for him to show up to court if he gets a full pardon Trump-style.

According to Fox & Friends, you’re only a war criminal if you’re on the losing side. Right? Look what our friends across the aisle had to say.

Weekend host, Jedediah Bila proclaimed: “I think this will be a very unifying force in favor of what [Trump’s] doing. I mean, if there’s one thing that unites people around the country, it is a love of our military and a love for those who have served.”

Yes, Jedediah—and nothing divides a country more than having our soldiers pee on dead human corpses and celebrating servicemen who kill children.

“These are men who went into the most dangerous places on earth with a job to defend us and made tough calls on a moment’s notice,” said Fox & Friends host Pete Hegseth (who also privately lobbied Trump to pardon the accused war criminal). Hegseth went on to defend Gallagher and crew’s actions with: “They’re not war criminals. They’re warriors who have now been accused of certain things that are under review.”

Within the next week, we will find out the fate of Navy Seal Edward Gallagher, whether he’s locked up or pardoned and able to walk free upon the planet—shopping amongst us at Trader Joe’s or coaching a youth soccer league.

It wouldn’t be surprising if Gallagher avoids incarcerations, since, worldwide, numerous other war criminals have also escaped justice.

Take the My Lai Massacre, which occurred in Northern Vietnam on the morning of March 16, 1968. American soldiers were on a “search and destroy” mission to root out the 48th Viet Cong Battalion. Though the unit met no resistance among villagers, within the next three hours, roughly 504 Vietnamese civilians were rounded up, shot and killed—largely women and children. In the end, only one soldier,  Lt. William Calley, who led one of the platoons, was convicted and charged with murdering 104 villagers. He was sentenced to life in prison but served only three days—after President Richard Nixon ordered his sentence reduced. Calley is now 75 years old, lives in Atlanta, and has spent a peaceful post-war existence working for his father-in-law’s jewelry store.

Then, there’s Joseph Kony, leader of the Ugandan guerrilla group the Lord’s Resistance Army (LRA). His war crimes include abducting thousands of children to use as boy soldiers and/or sex slaves. Back in the ’90s, his rebel fighters were known for the signature way they’d hack off their victims’ limbs or parts of their faces. And yet, Kony eluded capture for over two decades. In April 2017, the U.S. and Uganda ended their hunt for Kony, with a Ugandan spokesperson simply stating: “The LRA no longer poses a threat to us as Uganda.”

Now let’s travel to Guatemala. In March 2019, Guatemalan lawmakers who support the country’s President Jimmy Morales were drumming up support for a proposal to grant amnesty to 30 men who committed war crimes during the country’s barbarous 36-year civil war. According to a United Nations Truth Commission, more than 200,000 people were killed or disappeared during Guatemala’s brutal conflict between the military and leftist insurgents. If the proposal is passed, the men sentenced for the atrocity will walk free.

What would a list of war criminals who escaped justice be without a Nazi or two? (Actually, dozens of Nazi war criminals escaped justice.) One Nazi, in particular, stands out. Josef Mengele was the Nazi doctor who was nicknamed the “Angel of Death“ for conducting macabre experiments on prisoners at Auschwitz. After World War II, Mengele eventually fled to Argentina. Nazi hunters pursued Mengele for decades. But justice didn’t catch up with Mengele in the end. The Angel of Death died a free man in 1979, when he drowned off the Brazilian coast.

Lastly, Sheriff Joe Arpaio isn’t a war criminal. No, he’s a racist asshole who wears his hate for brown people on his sheriff sleeves. But Arpaio does walk the presidential pardon path of freedom that Gallagher might soon be treading.

In 2017, Trump used his first presidential pardon on Arpaio, who gained notoriety for detaining hundreds of undocumented immigrants in a Tent City jail, where he forced them to wear pink underpants. Despite court orders, under Arpaio’s watch, his department continued to target immigrants during traffic stops in violation of a 2011 court order. The sheriff was/is a figurehead for Trump’s xenophobic vision of America. But before his criminal case headed to a jury trial, Trump pardoned him. The same might hold true for Gallagher.

Let’s just hope that karma continues to remain a bitch. 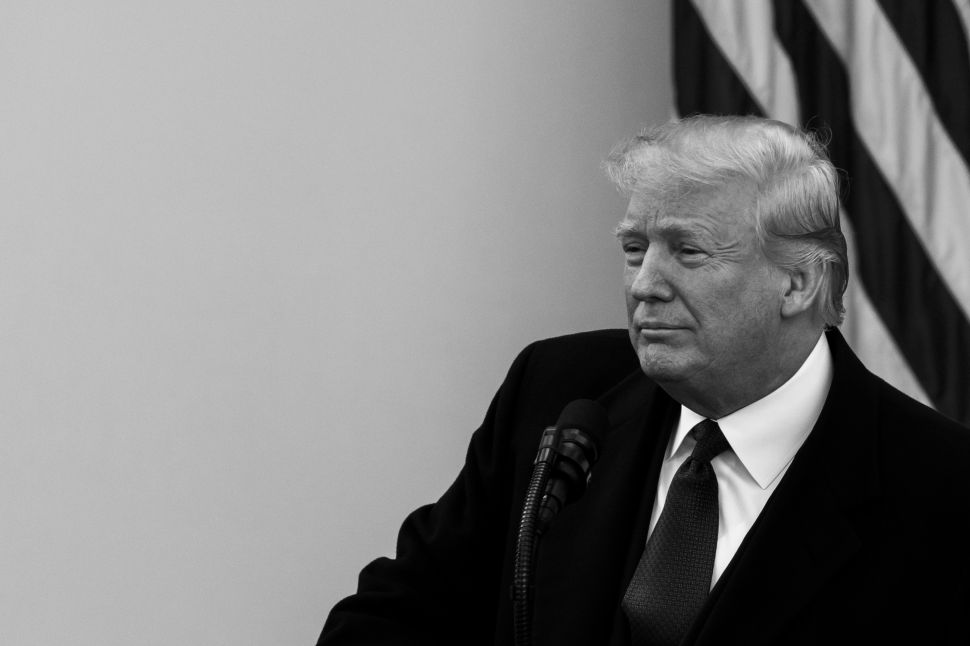