Who would have thought that the most hotly anticipated IPO of 2019 would turn out to be the most embarrassing event in Wall Street’s history?

In the first two trading days after Uber’s colossal debut on the New York Stock Exchange (NYSE) last Friday, the company’s share price nosedived more than 15 percent, a rare plunge in tech IPOs of comparable size, to close to $38 per share Monday afternoon.

To be fair, it’s a tough time for everyone. Unfortunately, Uber’s IPO got caught in the crossfire of an escalating trade war between President Donald Trump and China, which has rattled global markets since last week. And yet, Uber stock’s unusual volatility has made investors nervous about how fairly it was priced in the first place, which was already a subject of debate before the IPO. While believers deemed Uber’s pricing as an accurate estimate of its potential, skeptics suspected that $45-per-share (which gave the company a valuation of $82 billion) was overly inflated given Uber’s lack of profitability.

“Obviously our stock did not trade as well as we had hoped post-IPO,” Uber CEO Dara Khosrowshahi wrote in a letter to employees on Monday. (He sent employees a (much more optimistic) letter ahead of the IPO as well.) “Today is another tough day in the market, and I expect the same as it relates to our stock. But it is essential for us to keep our eye on the long-term value of Uber for our customers, partners, drivers and investors.”

Uber debuted on the NYSE last Friday at the bottom end of its estimated price range. The company raised $8 billion in fresh capital from the event, which Khosrowshahi said was “plenty,” although not quite up to expectations.

“Pricing a deal is an art, not a science,” he said during an interview with CNBC on Uber’s first day of trading. “At this price, it reflects the environment. And the environment is uncertain right now.”

To boost existing and new shareholders’ confidence, Khosrowshahi urged investors to think beyond the short term and likened the current situation of Uber to the early days of Facebook and Amazon as public companies. “Remember that the Facebook and Amazon post-IPO trading was incredibly difficult for those companies. And look at how they have delivered since,” he wrote in Monday’s letter. “Our road will be the same.”

Below is the full letter Khosrowshahi sent to Uber employees on Monday. The company is scheduled to have an all-hands meeting on Tuesday.

I’m looking forward to being in front of you at the All Hands tomorrow, but I wanted to send you a quick note in the meantime.

First off, I want to thank you all for your passion for and commitment to Uber. We simply would not be here without you.

Like all periods of transition, there are ups and downs. Obviously our stock did not trade as well as we had hoped post-IPO. Today is another tough day in the market, and I expect the same as it relates to our stock.

But it is essential for us to keep our eye on the long-term value of Uber for our customers, partners, drivers and investors.

Every stock is valued based on the projected future cash flows/profits that the company is expected to generate over its lifetime. There are many versions of our future that are highly profitable and valuable, and there are of course some that are less so. During times of negative market sentiment, the pessimistic voices get louder, and the optimistic voices pull back.

We will make certain that we communicate our incredible value as a company that is changing the way the world moves, but also the value that we are building for our owners. But there is one simple way for us to succeed—focus on the work at hand and execute against our plans effectively.

Remember that the Facebook and Amazon post-IPO trading was incredibly difficult for those companies. And look at how they have delivered since.

Our road will be the same. Sentiment does not change overnight, and I expect some tough public market times over the coming months. But we have all the capital we need to demonstrate a path to improved margins and profits. As the market sees evidence, sentiment will improve, and as sentiment improves, the stock will follow. We will not be able to control timing, but we will be able to control the outcome.

We will be judged long-term on our performance, and I welcome that. It’s all in our hands.

I look forward to being there at the All Hands to answer Qs and tell you more. 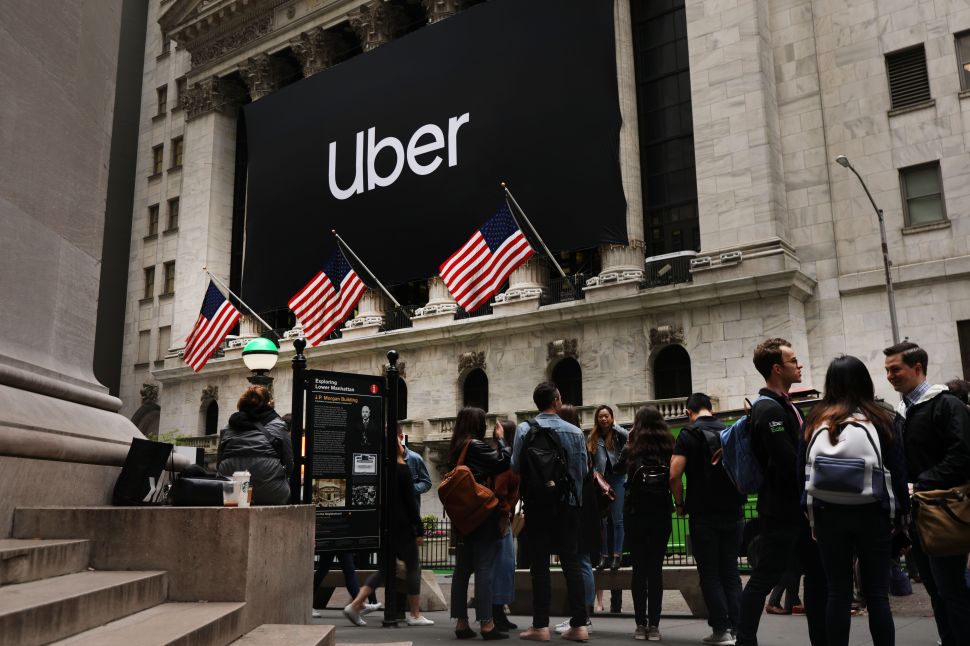