Ride-hailing giant Uber’s first quarterly earnings as a public company were quite a disappointment by conventional quarterly report standards. But to the company’s fans and investors, the latest financial results are actually considered good news.

For the first fiscal quarter of 2019, Uber reported a net loss of $1 billion, the company said on Thursday. The massive loss contrasts sharply with Uber’s $2.6 billion in profits exactly a year ago (largely thanks to divestures in Southeast Asia and Russia), but was in line with Wall Street analysts’ expectations.

Total revenue closed at $3.1 billion for the first three months of 2019. It was a decent increase (20 percent) from the same period a year ago but fell short of the 25 percent annual growth rate it achieved in the previous quarter.

Uber shares, which debuted for trading on the New York Stock Exchange (NYSE) earlier this month, jumped slightly on Thursday to $40 after the earnings release. The hot ride-hailing stock has yet to climb back to its IPO price of $45 per share after a disastrous slump in the first two trading days, but its price rise on Thursday is a sure sign investors were pleased with Uber’s Q1 results.

The main source of Uber’s widening loss lies in its core business, ride-hailing, which has the company burning through cash with no sign of profitability amid a cut-throat price war with rival Lyft. In a call with with analysts on Thursday, Uber CEO Dara Khosrowshahi said he expects Uber and Lyft “will be easing off their price-slashing battle soon.”

“The competition is going to be more healthy,” he said. “It’s going to be based on brand and product and technology, which we think is the right way to compete, versus throwing money at the problem.”

Combined, Uber and Lyft own almost the entire ride-hailing market in the U.S. Lyft, which also went public recently, is barely doing any better than its bigger rival.

Earlier this month, Lyft posted a loss of $1.14 billion for the first quarter of 2019, about 80 percent higher than the same period a year ago. Since its IPO in March, Lyft shares have dropped to 20 percent below opening price to $57 per share. 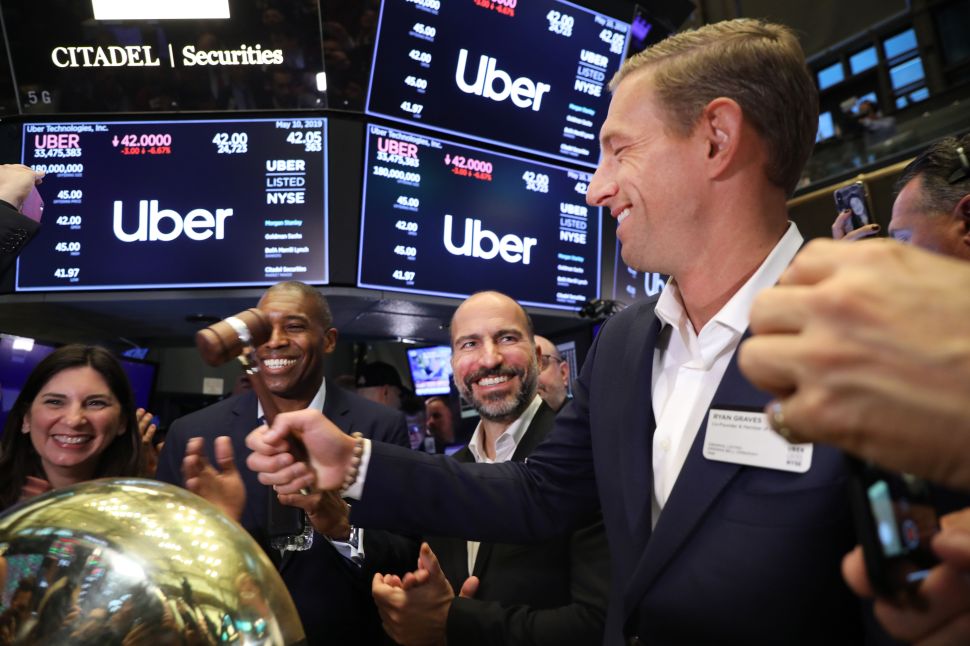