Created in 2006 by the Ford, Rockefeller, Rasmuson and Prudential Foundations, United States Artists has made its name as one of the largest providers of financial support to artists in the country. This year, with the Berresford Prize added to their repertoire, the philanthropic foundation is also branching out to address what they see as “the lack of acknowledgment for those who have dedicated their careers to the betterment of artists…remarkable administrators, curators, scholars and producers who are building platforms and creating conditions for artists to thrive,”  as the organization’s website puts it.

United States Artists is an organization you’ll find striving to operate transparently, particularly in its public-facing information and a willingness to address any questions directed at those involved. In public materials, they don’t mince words in stating their founding was motivated by “The National Endowment for the Arts’ severe budget cuts,” and was the product of those four private entities coming together to address this issue.

The arts needed more funding, that seemed clear to the establishing parties. But beyond that, they wanted to establish a fund that asserted itself as nonpartisan. Though they were in support of the NEA and the role that it played in forming a concept of “Americana,” they did not wish to adhere to the party lines that split political opinions on the issue of national arts grants. In fact, it was the effect of the battle over the purpose of this government agency—begun far before the much-publicized elite culture wars of the 1980s and 90s—that spurred them into action.

“We sound like a government agency, but we’re not!” Susan Berresford, a founding chair of United States Artists and former Ford Foundation president, explained to Observer. (It’s after her that their newest grant is named.) “Katharine DeShaw, our first executive director, understood that some of us were troubled by the fact that the American aspects of our culture were being captured by one political party, and the flag was being used by one political party. What we set out to do was be nonpartisan and say that artists and donors exist across the entire political spectrum. One of the visuals we adopted early on was the Jasper Johns American flag. It was embracing that nonpartisan experience of America that we wanted to highlight.”

Yet in the early years, many potential donors to their foundation had to be convinced. Some of the possible backers that United States Artists approached to support its mission were suspicious of offering funds to people who may not require outside support, claiming something akin to an “artist as welfare queen” argument. This was particularly because United States Artists’ grants of $50,000 are unrestricted, and awarded through a process of peer selection. Recipients can spend the money on anything they need. Berresford encapsulated this philosophy succinctly; “If you’re a philanthropist, you should give someone money and get out of the way,” she said. She recalled an instance from early in the organization, when they decided to fund a sculptor that had received two public commissions, yet didn’t have the money to pay for the necessary materials. “We just kept running into these contradictions,” Berresford said. They saw that the sculptor had a straightforward issue to solve, and became committed to steering clear of the kind of  “bean counting to find art that shows ‘a result,’” which they felt had created that problem.

Another skeptical argument possible donors entertained was that if the artist was worth anything, they would naturally form a market around themselves in the for-profit gallery circuit. In reality, styles of art object that do not fit current collecting trends, ephemeral works, and artists without startup capital are commonly overlooked by this fast-paced and fickle system.

Rather, some of the fellows that United States Artists has funded were nominated for their perceived role as community leaders. It is not a prerequisite for recipients to excel as successful small businesses, with all the trappings of self-promotion-based web presences. Though some are digital natives, others may run local theaters that address race relations, choreograph dance with the disabled, produce journalism about incarcerated populations or raise awareness of issues facing queer communities. In some rare cases they have even been scouted out living traditional indigenous lifestyles deep in the forests of Maine or Alaska.

All uncertainty in the efficacy of unrestricted awards was weeded out of the board of United States Artists throughout the years, leaving a base of support that finds artistic production to be an integral part of community structuring.

Berresford spoke to the early days of formulating bonds around this understanding. “In the beginning, there were people we supported like the painter Mark Bradford. He was an early recipient and later became a board member.” She points to him as a formative example of the types of work they were trying to fund. “There was an idea that outside the government, there could be an endowment to free yourself from understandable political pressures to take some risks.”

The motto of United States Artists is “believe in artists,” and with their model in mind, it’s notable that a good faith approach to philanthropy has worked to turn the figure of artist into a representative of sorts. When these voices are elevated, we begin to see the shift of attention away from market aesthetic, or luxury object, and towards the experience of illustrating social networks and political realities through creative, thought-provoking media.

“Art needs to belong to the world. It’s a navigational compass for an institutional forest, a north star in the constellation of belonging,” was how the first Berresford Prize recipient, Kristy Edmunds, put it in her speech at the end of April at the foundation’s annual assembly. For its part, United States Artists wants to make sure it’s a tool that’s available to all. 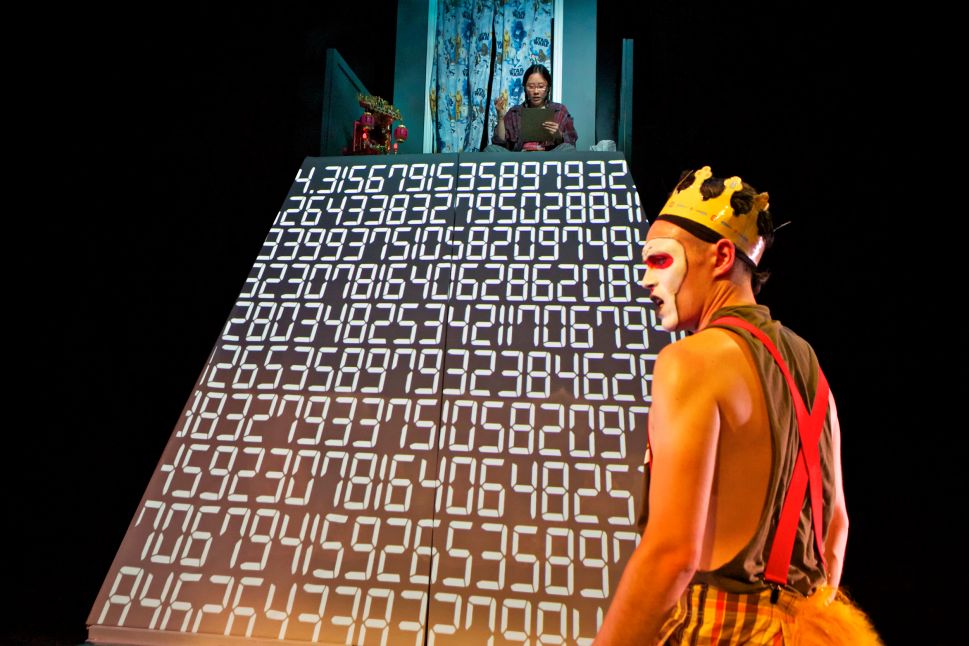