In a tumultuous time for American retailers due to President Donald Trump’s escalating trade tensions with China, high-street fashion chain Urban Outfitters could almost call itself an exception when it posted better-than-expected earnings for its first 2019 fiscal quarter on Tuesday afternoon. But sadly, the company shares fell sharply in Tuesday’s after-trading, as investors figured out that the retailer was not growing as fast as it had been.

In the three months leading up to April 30, Urban Outfitters’ net sales at its Urban Outfitters and Anthropologie chains rose just one percent (to $864 million), a significant slowdown from the 12 percent growth rate the same period a year ago. Net income also slumped 21 percent from a year ago to about $33 million.

But unlike other retail CEOs who have blamed their suffering business on the Trump administration’s tariff hikes on China, Urban Outfitters CEO Richard Hayne found fault with another Trump policy: the GOP tax cuts.

“There is no question that a customer this year in this summer is not as enthusiastic a shopper as she was last year,” Hayne said on the company’s earnings call on Tuesday. “Last year at this time, she is just coming off what I like to talk about as a ‘sugar high’ from the tax rebates [and] the tax cuts.”

The GOP tax reform, passed in late 2017, was a major boost for store traffic last summer, Hayne said. But now, “we are back down to where we were before, and if you took out that one anomaly of the summer of 2018, then I think you would see that [the trend of declining store traffic is] pretty much a direct line, and I don’t expect that to really change.”

Hayne didn’t mention much about the impact of recent tariff hikes, despite Urban Outfitters’ heavy reliance on Chinese cotton and sourcing. (Last summer, when Washington initiated the first round of tariff hikes on Chinese imports, MKM Partners rated Urban Outfitters as particularly exposed to Chinese suppliers among apparel retailers.)

Urban Outfitters’ management did concede that “fashion confusion” or their failure to predict style trends had forced the company to roll out frequent markdowns on its apparel. Good news to shoppers, though—they expect price cuts to continue as it clears further inventory. 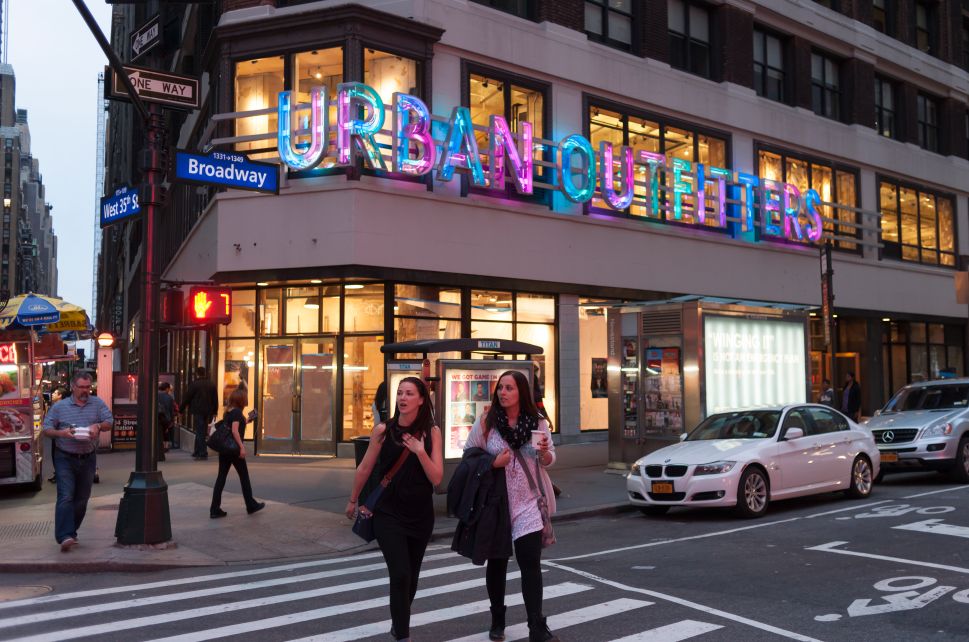