Even the United States Postal Service (USPS) is getting in on the driverless trend.

USPS is joining the future of transportation with a pilot program in partnership with automated trucking startup TuSimple this week. Service will include trips hauling packages and letters between Phoenix and Dallas, which began yesterday. The TuSimple truck will have a safety engineer and driver riding for the duration of the trips in order to monitor performance and ensure public safety, according to the company.

“This pilot is just one of many ways the Postal Service is innovating and investing in its future,” USPS said in a statement, which has been on the path to testing driverless hauls for two years.

San Diego-based TuSimple, which is spearheading the two-week program, is working closely with USPS, which will assess the trial’s success at the end of it. The company recently closed a $95 million funding round, bringing its total to $178 million since its launch in 2015.

The chances of bumping into an automated USPS truck on Interstate 10 in the next couple of weeks are slim, as TuSimple’s vehicles purposely blend in with traffic. “We are actually trying to minimize marking,” Chuck Price, TuSimple’s chief product officer, said of the program. This is “because we find that people tend to either get distracted in amazement or distracted in the devious way and try to mess with us.”

Using driverless vehicles will no doubt help the USPS increase efficiency while saving money on transit in the future. The agency currently spends $4 billion on third-party hauls to deliver mail, a sum that could be slashed with the use of automated vehicles.

“When the vehicle can operate truly driverless, it will be much more efficient,” Price said. “We think we [can] complete a coast-to-coast run in two days, where today it takes five.”

USPS isn’t the first government entity to try out driverless vehicles to maximize productivity. Last month, the U.S. Army unveiled its own self-driving pilot program, in which it began testing automated combat trucks.

The military trucks are expected to be deployed to help soldiers avoid accidental casualties caused by driving. A test run at the Army’s Fort Bliss, Texas post saw 10 autonomous trucks go through unmanned driving trials. An additional 60 trial trucks are due to arrive across other Army posts within the next year.

While fully automated vehicles are still decades away, their experimental use by public agencies such as USPS signals a growing interest in laying down regulations and infrastructure for their future public debut. 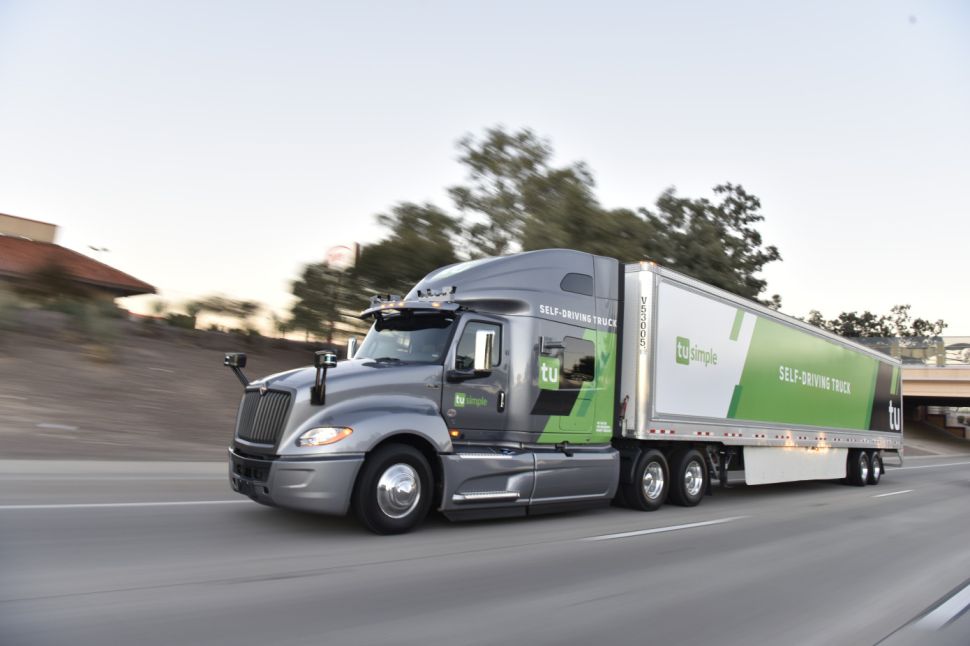