Author Eve Ensler’s The Apology hits stores today, but what’s going to happen after that is uncertain. It’s a singular work that’s not quite a memoir, not quite nonfiction and not quite fiction. The book is a long-form mea culpa written from the perspective of Ensler’s dead abusive father to his daughter. Within the slim tome (112 pages), the voice of her terrifying patriarch lays out in excruciating detail the things he did to her over the course of her life, beginning when she was only 5 years old.

The passages detailing sexual abuse are profoundly upsetting, but somehow, the scenes in which the voice of Ensler’s father articulates his background and the inner machinations of his stunted emotional world are just as hard to stomach. “My entitlement, the divine right of kings, was endowed by my mother, who by all accounts was an equally present, formidable and reliable authority of God,” Ensler writes. “I was light. I was darling. I was savior son. There is a kind of implicit hierarchy in adoration. The idolized one is above you, beyond you. And so I was lonely. Excruciatingly lonely. The loneliness of the adored.”

The horrifying specificity of the abuse Ensler suffered is on full display, but so, too, is a kind of searing analysis of patriarchy as a whole. The concept of what a man should be, Ensler seems to suggest, has persisted for so long at least partially because of the adoration she describes here. How can we reconcile that ingrained, worshipful affection with the evil of what her father and so many others have done?

On Monday evening this week, Ensler sat in conversation with actress Glenn Close, who has been her friend for many years, for a discussion about the book at the 92nd street Y. Close was accompanied by her small fluffy white dog, which added a welcome degree of levity to the proceedings. “I believe that works of great art have somewhere in them a sense of outrage,” Close said. “It becomes an engine, and then the question is how can we use that engine of outrage to communicate, to heal, to affect the people around you?”

“I think we’ve come to a point now where if we don’t go to the next layer of transformation and reckoning and accountability, we’re gonna be here as long as we have left,” Ensler said. “If we can go to the next level, then perhaps we have a chance. I think we keep coming at things, we keep coming at patriarchy, we keep smashing against it, but my instincts tell me we have to go under it. Like, what’s at the root of it; what’s at the core of it.”

She continued, “I think writing this book was so revelatory because I allowed myself for the very first time to really go inside my father, my perpetrator. [Beforehand,] it was so much easier in some ways to see my father as a kind of a monolithic monster.”

After some opening statements, actor and director James Naughton read aloud passages from The Apology. The audience, which consisted largely of women, often gasped and muttered as he narrated. An older woman seated next to me started to cry. The room seemed to reverberate with stories that had gone untold.

I found myself getting increasingly angry as Naughton intoned, “I contaminated your sweetness. I ripped the protective golden gates from your garden.” I wasn’t angry at him for carrying out his assignment, of course, but rather at the words themselves—their oddly sentimental syntax.

Every woman who has ever ached for closure from someone who has mistreated her learns at some point that even the world’s most eloquent apology will not undo what happened. For that reason, Ensler’s apology from herself to herself, in the words of her father, are simultaneously richly rendered and extremely tough to process. The eloquence with which women are compelled to explain and parse through the abuse they’ve suffered feels deeply tragic.

To her credit, Ensler informed the audience before Naughton’s reading that the content would be triggering. Having read the book beforehand, I was prepared. Whether everyone else seated in the 92nd street Y was, I cannot answer.

Ultimately, we have to move forward together to figure out what to do with bad men as the world continues to spin. Ensler may have put it best years before she wrote this book. “Survivors weave our days making excuses and evolving theories for our perpetrators that steal our lives,” she wrote in 2015 in an essay about her father and Bill Cosby. “In the end they did what they did because they could.”

The Apology is available now through Bloomsbury. 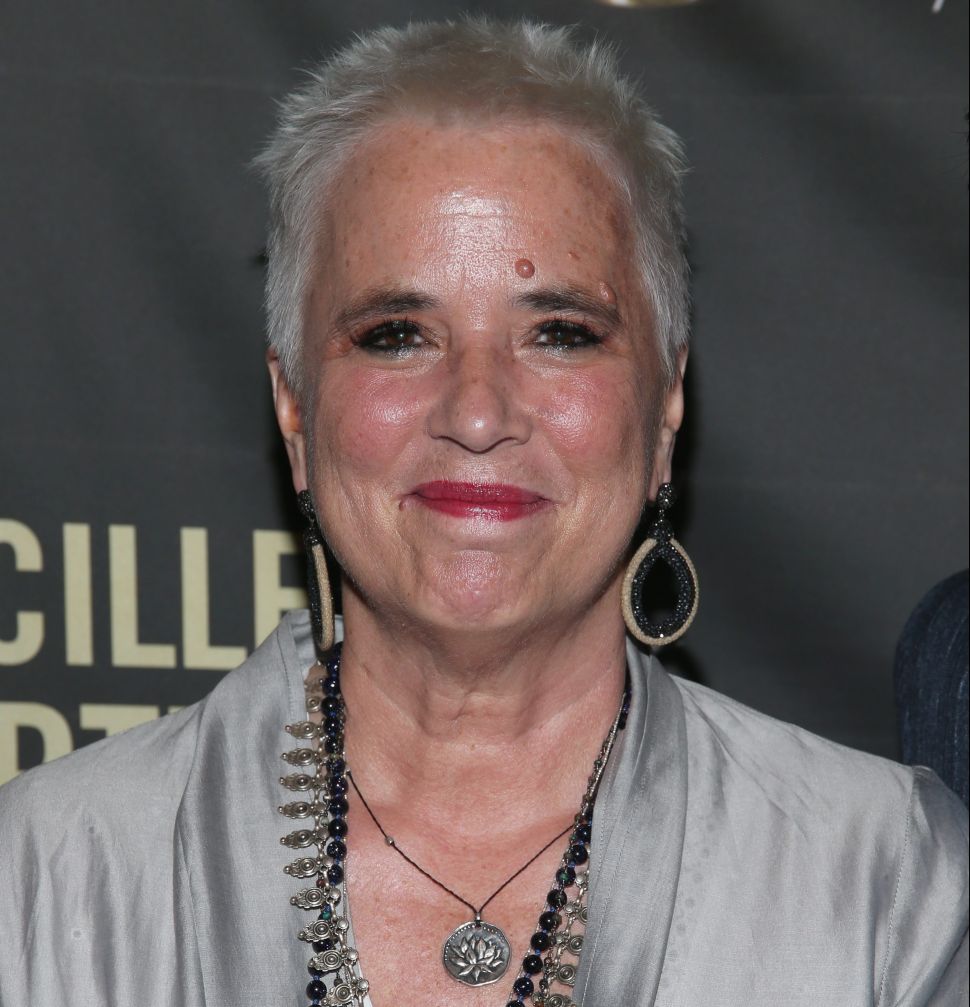