Last summer, Starz’ Vida quietly put out one of television’s best seasons all year (and with only six episodes!), brilliantly showcasing the art of the half-hour drama while crafting a story that is deeply rooted in both the queer and Latinx communities. The show’s second season, which drops in full on the Starz app and on-demand on May 23, doubles down on these themes and surpasses the highs of the first.

Created by Tanya Saracho, Vida tells the story of two estranged Mexican American sisters who are forced to reconnect after the death of their mother Vidalia—and the reveal that she was married to a woman. Much of the first season revolved around the Hernandez daughters—responsible, deadly serious, and queer Emma (Mishel Prada) who moved away to Chicago for good reason, and younger, flittier, unlucky-in-love Lyn (Melissa Barrera)—as they relearn who each other are while trying to figure out what to do with the bar Vidalia left them. At the end, they decide to keep the business as part owners along with Eddy (Ser Anzoategui), Vidalia’s wife. This frees up the second season to watch the sisters figure out how the hell to revive and run a faltering bar in an increasingly gentrifying neighborhood. Plus, there’s a whole host of new problems: financial, legal and so on.

But the actual bar (named “Vida”) isn’t really the focus of the series; what’s more intriguing is the complex love-and-hate, hyper-specific interpersonal relationships between all the characters. The setting also stands out; Boyle Heights, in Downtown Los Angeles, is not only being gentrified from outside forces but also from within—the series serves to surface the concept and discussions around “gentefication.” Some of the most compelling drama on screen involves this fierce debate within the community: the “chipster” sisters who face pushback from young activists like Mari (Chelsea Rendon), heavily involved in the anti-gentrification movement and rightfully worried about being priced out, displaced and forgotten.

In its second season, Vida continues expanding on its past themes, opening up its world and heightening the tension between its characters. Mari, who was mainly seen as an antagonist to Emma last season, is more fully developed as she finds herself at odds with her home life and becoming closer to the Hernandez sisters while helping out Eddy, who is still in recovery from a recent gay bashing. Eddy, meanwhile, is still deep in grief over losing Vida, while she watches the bar—a major part of her life and her biggest connection to her late wife—change before her eyes. Under Vidalia, the bar had naturally progressed into a place that catered to queer women and gender nonconforming people, becoming one of the only queer-friendly places in the neighborhood and providing a safe space for the LGBTQ community. But Eddy (and others) are concerned that Emma’s going to change the bar too much, especially because Emma knows that they have to take a different approach (branding, running events, etc.) if they want to break even, let alone turn a profit.

Lyn, a character who became gradually better-written as the first season went on, is especially engaging this season as she tries to pull herself away from men (she takes a vow of celibacy early in the season) and invest all of her energy into helping the bar succeed. And what’s particularly beautiful about this season is witnessing the sibling relationship between Emma and Lyn grow and evolve, becoming more on each other’s side than at each other’s throats. There are still major disagreements—one of Lyn’s past mistakes comes back to haunt both of them—but now they’re able to understand why they need each other, and how their different strengths can work together rather than pull them apart.

There’s also the extremely welcome addition of Roberta Colindrez (I Love Dick) as Nico, a confident and irresistible bartender who quickly becomes an indispensable force in the bar. Nico adds another layer to Emma, a woman who won’t let anyone in and who, as one character puts it, is a “classic cautionary tale of why moms need to hug their children.” Emma isn’t so much icy as she is unwilling, and perhaps unable, to ever cede control—whether it’s control of the bar or control during sex.

This emphasis on both queerness and the Latinx community is not only vital to the show but it’s vital for the television landscape as a whole. Even with TV opening up to showcase more marginalized identities, a show like Vida still seems like an outlier—and maybe doubly so now that Jane the Virgin is reaching its natural conclusion while One Day at a Time won’t return at all, having been axed in what felt like the middle of its story. It’s becoming especially important that we support and champion these types of series—and Vida is certainly a show that you won’t regret watching. 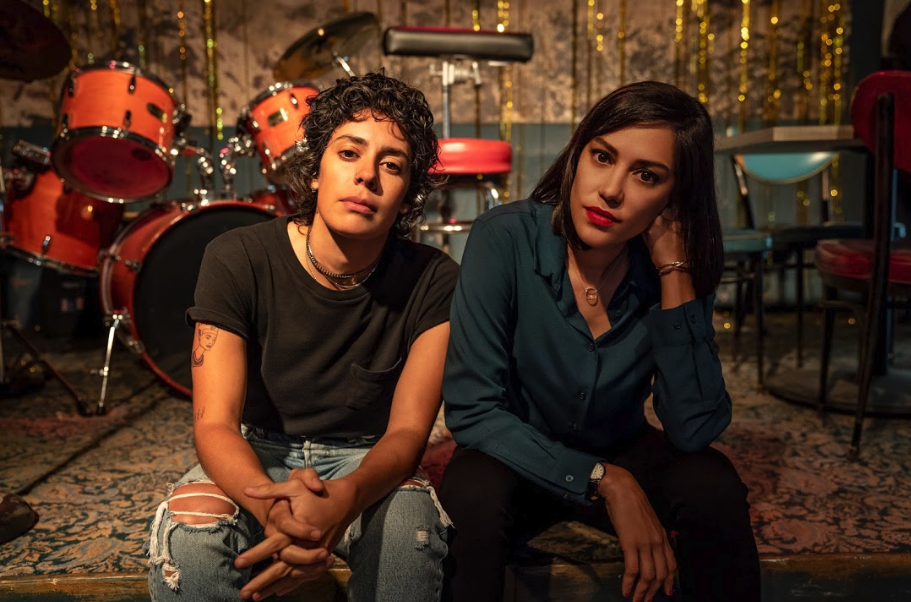