My iPhone caller ID often reads: Scam Likely. My first thoughts are that this sounds like the name of a new Bond villain, Scam Likely.

Occasionally, I’ll answer these ‘Scam Likely’ calls. The calls usually turn out to be a ‘Scam Definitely.’ The majority of the time, it’s a robocall informing me that I’m going to jail. The reason? Something along the lines of owing money to the IRS. The robocall goes on to say that I’m being investigated for tax fraud  and money is demanded immediately—or else I’m going to be locked up behind bars and authorities are already en route to my home to put me in handcuffs.

What can an ordinary man, such as myself, do but exclaim: Yikes!

According to the IRS website, since 2013, the Treasury Inspector General for Tax Administration has received roughly 736,000 reports of this type of scam, costing victims over $23 million.

As a precautionary measure, the IRS site encourages the public to “Stay Alert!” Thanks, IRS, but maybe you could take some of the money people send you each year and use it to safeguard and fix this problem—to alleviate this so-called need to constantly “stay alert.”

But it does shed light on the newest breed of phone scammers in this age where we are more than willing to give up as much personal information as possible to social media sites such as Facebook.

Take my parents, for example. My dad actually got a call in the middle of the night saying that my nephew had just been arrested and, the person calling on his behalf, needed bail money—ASAP! This is called the grandparent scam. Con artists know that grandparents have a hard time saying ‘no’ to incarcerated grandchildren. My dad, though, refused to give in to the scammer. (Either a sign of his cunning or a mirror into his secret internal dislike of my nephew.)

One scammer, who was based in Canada, told CBS News, “You can make $10,000 sometimes in a day if you do it properly.”

But as far as robocall scams go, nothing rattles unsuspecting people more than the virtual kidnapping scam that’s been popping up on the phone waves of this great land of ours.

How it works is, a person will get a call saying a family member has been kidnapped, and if they don’t send the ransom money right away (via wire transfer or pre-paid debit bank card), their loved one will be… murdered. The caller ID will display that the call is coming from the supposed victim’s smartphone.

A bit unsettling, right? (Or, a perfect scenario for the next chapter in the Saw movie franchise.)

To confirm this virtual kidnapping, the voice on the other end will say something to the effect: “I have your son and I’m going to fuck him up, etc., etc., etc…”

When the supposed kidnapped victim is called afterwards, confusion usually ensues, being they had no idea that there were virtually kidnapped.

One of the ways that virtual kidnappers gain access to phone numbers and other personal details is, of course, social media. So once again, we have Facebook to thank for having us unwittingly disclose handfuls of private information in exchange for allowing us to post cat photos and party pics.

The calls, themselves, are placed from a voice-over-IP service, such as Skype, or a specialized app that allows users to enter any darn phone number of their choosing, such as that of the victim.

According to the FBI’s website, investigators in the Los Angeles area tracked a large amount of virtual kidnapping scams that occurred between 2013 and 2015 and targeted Spanish speakers, and found that they originated from within Mexican prisons. These fraudsters would typically bribe guards to acquire cell phones and then target affluent area such as Beverly Hills.

Hopefully, in the future, these types of robocalls will be combated by RoboCop. But until then, my best advice is: Don’t ever believe a single damn thing that anyone ever says or does—EVER. 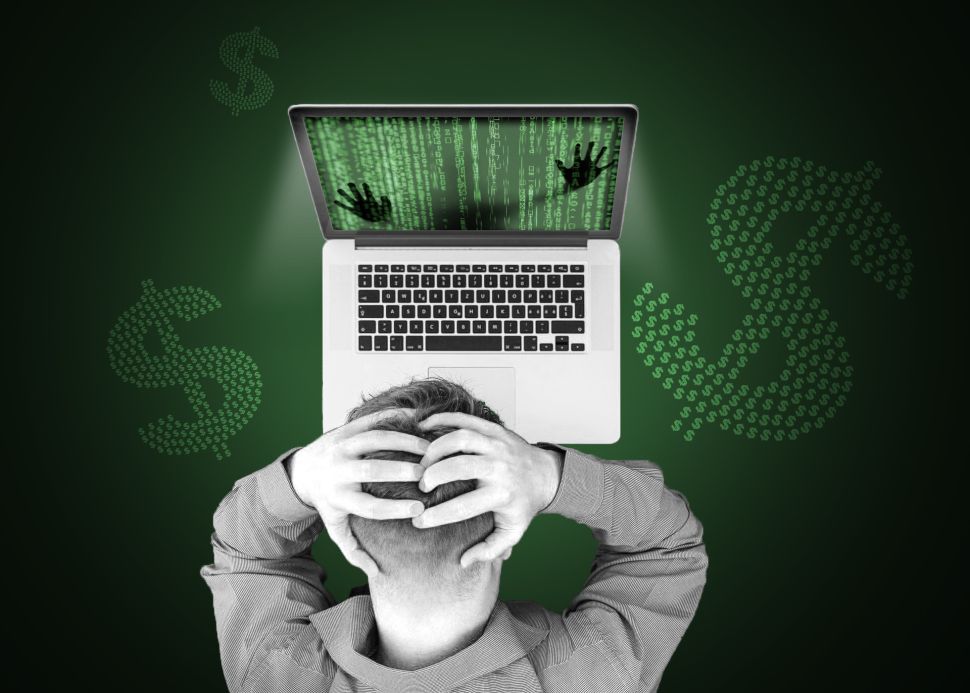