I recently wrote an article titled “The Amazon Deception,” in which I made the comment that regardless of what Amazon does related to retail, Walmart will be the first company to claim it has caught up with Amazon. Specifically, I mentioned the fact that Amazon announced a few days ago that it was implementing free same-day shipping for Prime members, and I argued that Walmart would soon fire back at Amazon.

Walmart didn’t disappoint as the company announced on Tuesday that it is rolling out next-day delivery in Phoenix, Las Vegas and Southern California over the next few days and will expand the program to reach roughly 75 percent of American consumers by the end of 2019, including 40 of the top 50 major metro areas. Next-day delivery will be available for about 220,000 items that are most frequently purchased online at Walmart. However, consumers must purchase at least $35 worth of items for the orders to be delivered for free. Amazon has no minimum order requirement for customers to receive free shipping, if they purchase a Prime membership for $119 annually. Based on the volume of online orders most consumers place, Amazon’s $119 membership fee is a better deal for customers than Walmart’s $35 minimum, according to retail industry analysts I’ve interviewed.

As is normal for Walmart, the announcement that the company is rolling out next-day delivery included many positive comments from Walmart’s executive team. A pattern has developed between Amazon and Walmart. Amazon is more subdued when they make big announcements, while executives from Walmart sound like they just won a new car on a game show when they announce the next big thing at Walmart.

What wasn’t mentioned by Walmart’s executive team is this fact: Once again, Walmart has proved that it can only react to what Amazon does instead of beating Amazon to the punch. And that’s a major problem for Walmart and its shareholders. Amazon continues to prove that as a company, it is more capable at innovation and driving growth than Walmart.

Out of all the comments I made in “The Amazon Deception,” the following has generated the most feedback from readers:

Amazon’s competitors will invest heavily and work furiously to achieve FREE one-day shipping. Hint: There is no such thing as free one-day shipping or any day shipping. Walmart will be the first to claim it has once again caught up with Amazon (probably via a tweet), and the company will try and make the argument that its network of stores gives Walmart an “advantage over Amazon.” Walmart’s executive team reminds me of André Maginot, the mastermind behind one of the greatest failures in history, the Maginot Line. According to British historian Ian Ousby:

Time treats few things more cruelly than the futuristic fantasies of past generations, particularly when they are actually realized in concrete and steel. Hindsight makes it abundantly clear that the Maginot Line was a foolish misdirection of energy when it was conceived, a dangerous distraction of time and money when it was built, and a pitiful irrelevance when the German invasion did come in 1940. Most glaringly, it concentrated on the Rhineland and left France’s 400-kilometer border with Belgium unfortified.

Note to Walmart: Your stores do not give you an advantage over Amazon, as Amazon can easily increase the total number of distribution locations greater than your store count and can do so at a fraction of the cost. Feel free to send a tweet if you disagree.

I understand Walmart’s argument as to why it believes its stores and distribution center network give it an advantage over Amazon. Marc Lore, Walmart’s head of e-commerce, recently stated that the push toward one-day delivery ultimately makes good business sense for Walmart. Lore said this means shoppers will start to receive all of their items in one box—because with next-day delivery, each order is going to be sourced from the nearest distribution center, and only that one. Walmart has done “extensive work” to make sure it has the right items at the right fulfillment centers, Lore said. And the company isn’t planning to source next-day shipments from its stores, Lore concluded.

On paper, Walmart’s stores and distribution centers do give Walmart an advantage over Amazon. However, in order to accept Walmart’s argument, one must also accept the fact that Amazon is incapable of designing and implementing a better logistics and distribution strategy than Walmart. One must be willing to accept, at face value, that Amazon is incapable of reimagining retail for groceries and general merchandise. See where I’m going with this? Walmart’s perceived advantage is based only on its perception of reality, and it appears Walmart’s executive team is convinced that Amazon doesn’t have the ability to implement a strategy that will defeat Walmart’s perceived advantage. I believe such sentiment is very dangerous and foolish.

Walmart would be wise to understand this fact: Amazon isn’t playing the same game as Walmart and other retailers. Amazon is reimagining retail and the customer experience. If Walmart’s stores and distribution centers are its strengths, Amazon will implement a strategy to turn them into Walmart’s weaknesses. Think it can’t happen? It can. Walmart should understand this fact better than any other company. Walmart decimated much larger competitors by introducing a new retail model and leveraging a focus on logistics and technology to become the largest retailer in the world.

What we are witnessing is a titanic battle between Walmart and Amazon. As I stated in “The Amazon Deception,” quoting Sun Tsu:

If your enemy is secure at all points, be prepared for him. If he is in superior strength, evade him. If your opponent is temperamental, seek to irritate him. Pretend to be weak, that he may grow arrogant. If he is taking his ease, give him no rest. If his forces are united, separate them. Attack him where he is unprepared, appear where you are not expected. 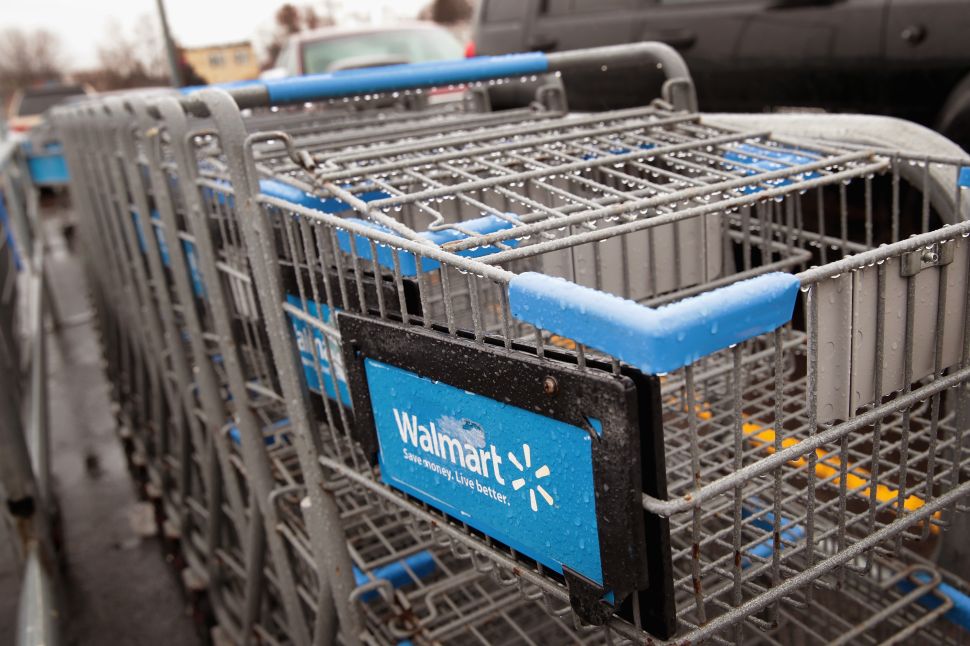