Value investing “godfather” Warren Buffett is known to be cautious about investing in companies that he doesn’t understand, no matter how popular they seem. Buffett’s investment firm, Berkshire Hathaway, didn’t make its first bet on FAANG stocks, AKA the five hottest tech stocks in the U.S. (Facebook, Amazon, Apple, Netflix, Google), until three years ago when it bought some 10 million shares of Apple.

And it took Buffett another three years to pick his second FAANG bet.

In a regulatory filing on Wednesday, Berkshire Hathaway revealed that it had bought 483,300 shares of Amazon stock in the first quarter of 2019. As of now, that stake is worth $923 million.

Buffett first revealed Berkshire’s new investment in Amazon during an interview with CNBC on May 2, ahead of the firm’s annual shareholders meeting, but didn’t disclose how much he’d been buying. In fact, it wasn’t Buffett’s directive to buy Amazon stock. “One of the fellows in the office that manage money” did, he said at the time.

That person was believed to be either Todd Combs or Ted Weschler, both managing portfolios of more than $13 billion for Berkshire and said to be potential successors to Buffett as the firm’s future chief investment officer.

Buffett confessed that he’d been eyeing Amazon stock for a while but that doesn’t change how he views tech stock in general. “I’ve been a fan [of Amazon stock], and I’ve been an idiot for not buying,” he said earlier this month. “But I want you to know it’s no personality changes taking place.”

Berkshire’s stake in Amazon is still fairly small compared to both Amazon’s and Berkshire’s sizes. The $923 million stake Berkshire recently took accounts for only 0.1 percent of Amazon’s total outstanding equities and 0.13 percent of Berkshire’s total assets.

Despite not investing in Amazon for years, Buffett has been open and candid about his admiration for Jeff Bezos.

“I was impressed by Jeff Bezos early, I never thought he’d pull off what he did, on the scale of what’s happened,” he told CNBC in 2017. “It’s changed your behavior, everybody’s behaviors. The remarkable thing is he’s done it in two industries at same time that really don’t have that much connection [referring to Amazon.com and Amazon Web Services].”

Outside investment activities, Buffett and Bezos, along with J.P Morgan CEO Jamie Dimon, launched a joint health venture, called Haven, in January 2018, with an aim to help reduce health care costs for all Americans. 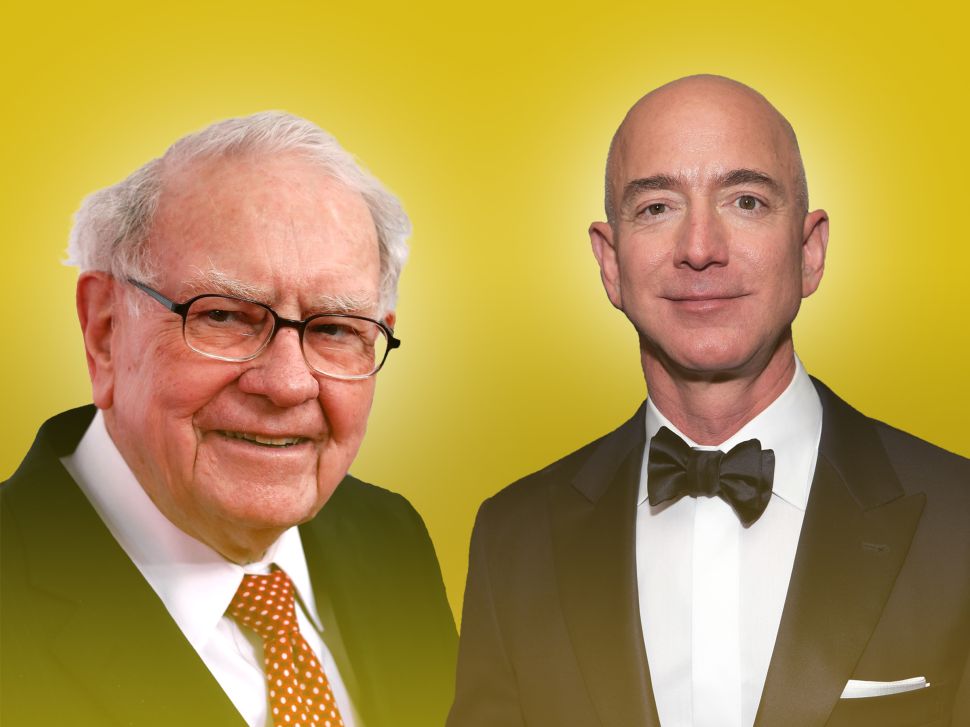