Berkshire Hathaway’s vice chairman Charlie Munger, the right-hand man of Warren Buffett, is arguably the most revered philanthropist by educators in the U.S. Over the past three decades, the investing guru has donated hundreds of millions of dollars to universities and high schools attended by himself and family members for building school facilities. But most of these donations came with an unusual condition: He wouldn’t pay for a building unless the school would let him design it.

Munger doesn’t have any professional training in architecture; nor does he study the subject as a hobby. He insists on having a say in designing school buildings that wear his name simply because he often finds conventional architectural wisdom intolerable.

“You can’t solve your problem, if you want correct thinking, by just hiring bright people, because they do many dumb things,” he told The Wall Street Journal in an article published on Thursday.

Take public bathroom design as an example. “Any time you go to a football game or a function there’s a huge line outside the women’s bathroom,” Munger said. “Who doesn’t know that they pee in a different way than the men? What kind of idiot would make the men’s bathroom and the women’s bathroom the same size? The answer is, a normal architect!”

And that’s exactly what happened to a high school science center that he funded for the Harvard-Westlake School in Los Angeles in the 1990s. A preliminary design for the science center called for the girls’ and boys’ bathrooms to be the same size. Thanks to Munger’s strong opposition, the school eventually built the girls’ room larger than the boys’.

In recent years, the 95-year-old billionaire has devoted a great deal of his energy to designing a college dormitory for the University of California, Santa Barbara, which he pledged $200 million in 2014 for state-of-the-art student housing.

He spends up to several hours a day on making architectural drawings, the Journal interview revealed. So far, his design features suites of windowless single bedrooms with large common areas—these bedrooms would have artificial windows panels with customized lighting that mimic daylight.

By eliminating windows, Munger’s proposal allows for more single bedrooms in a limited space than traditional architectural plans. Munger said students would rather have single rooms than bedroom windows.

Windowless bedrooms have actually become a signature characteristic for Munger, the architect. In 2013, he designed a graduate dormitory for his alma mater, the University of Michigan, that had 600 single bedrooms—mostly windowless. The original architect’s plan had space for only 300 students.

He designed a similar dormitory in 2009 for Stanford University, which his wife and daughter attended.

Other than college dorms, Munger has also designed a library for Harvard-Westlake that features removable walls and his own home in the Hancock Park neighborhood in Los Angeles.

His current architecture project for UC Santa Barbara will still need to pass a number of approvals, but the philanthropist is confident that, once completed, “it will be widely regarded as the best in the world.” 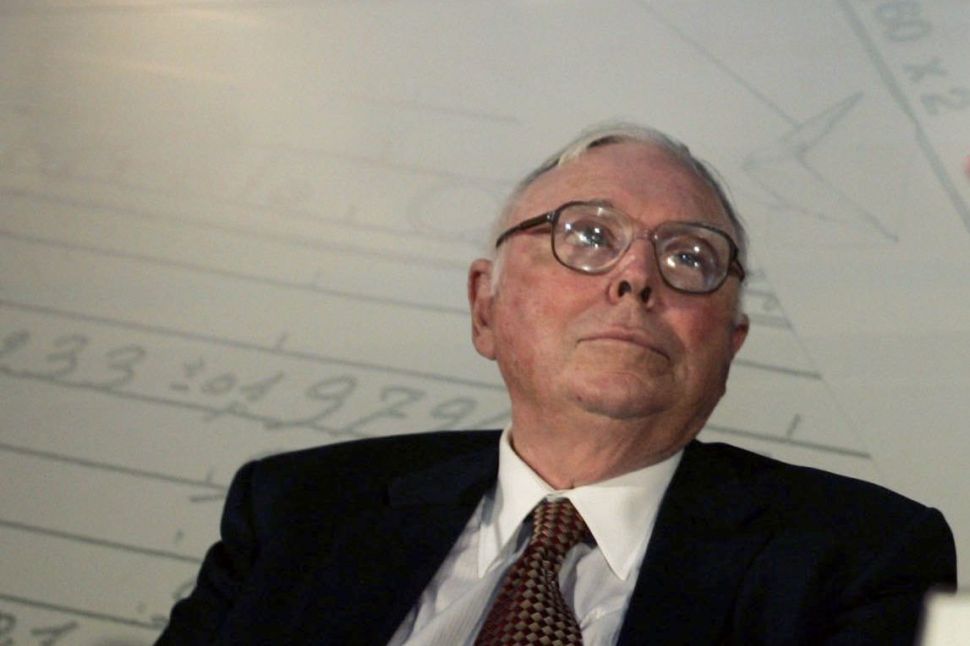