An undersung visionary of the twentieth century who single-handedly engineered social and political change in the U.S.S.R., Mikhail Gorbachev—with his perestroika movement for reform and accompanying glasnost “transparency” policies—can be credited with bringing about the end of the Cold War and concurrently the fall of the Berlin wall and reunification of Germany. It’s hardly a surprise that when iconoclastic German filmmaker Werner Herzog was offered the opportunity to make this man his subject for a new documentary, he jumped at the idea.

“Reunification of Germany was the element that brought me into the film,” says Herzog. “I had traveled on foot around my own country, around the very borderline of my country, in order to hold it together. That was a project of pure fantasy with no practical repercussion and practically nobody knew about this. But for me, I thought it was important. And I felt reunification of Germany was something beyond politics, way, way beyond.”

Herzog and co-director Andre Singer conducted three conversations with the ailing 87-year-old in Moscow, where he remains an isolated figure, uncelebrated on account of the failing economy that followed his tenure. They make up the contents of Meeting Gorbachev, currently out in limited release.

As self-taught filmmaker with over 50 credits to his name, Herzog is best known for a string of classics he made in the 1970s and ‘80s with German actor Klaus Kinski including Fitzcarraldo and Aguirre Wrath of God, as well as numerous documentaries ranging from Grizzly Man to Encounters at the End of the World, for which he received an Oscar nomination. In 1978, he lost a bet with Errol Morris and thereby ate his own shoe in a short film called Werner Herzog Eats His Shoe, directed by Les Blank in 1980.

Here, the one and only Werner Herzog recalls the rush he got meeting Gorbachev, the ex-president’s take on current existential threats to Russia, his epic achievements and a legacy that impacted the last century like no other.

Observer: Gorbachev looks fine in the movie, but at 88 years old, how’s his health?
Werner Herzog: He’s not in real good health. There was a screening of the film in Moscow, I believe it was last Sunday, and he could not attend because he was in hospital. His condition has been frail for quite a while. I hope he’s a robust man and will live for another 400 years.

Is he clear-headed?
The time limitations were obvious. After an hour, and that was my time limit, he would continue, but after an hour and a half he would signal that he’s getting tired and our conversation came to a quick end. But he’s lucid and he’s wonderful and he’s a big heart and he’s just a wonderful man.

Did he talk much about the relationship between Putin and Trump?
No, it was always clear that we would not go into a discourse about the current situation. It’s too ephemeral. It was about him and about the momentous events during his short presidency. It was more about history than commenting on today’s events. However, it was always kind of clear between us, the denigrating of Russia in the Western media is a big mistake. That was implicitly in our conversation. We should revert to the time of the most improbable characters meeting, in Reagan and Gorbachev, and they accomplished numerous things.

A quick search barely mentions Gorbachev as part of the fall of the Soviet Union.
The American perspective. Just look at it from a little bit of a distance and you will see that he was a major force. Maybe even the biggest force in that age, at the end of the Cold War. Gorbachev said something very interesting: both sides won, there are only winners.

Does he really think the U.S. aims to bring Russia down?
He was asked in his last visit to the United States, I think it was somewhere in the midwest, and thousands of students attended, and he was asked by a student what would you advise America to do. And he said, oh for god’s sake, as if we should give advice to anyone. And then he said, maybe one thing, it might be good for America to have some perestroika as well. That was the biggest applause he ever got in any country abroad.

Does he really believe NATO is gearing up for war with Russia?
Russia feels existentially threatened by the expansion of NATO, which was promised to them wouldn’t happen. It’s a bit like if we had Canadian troops and Russian troops holding military maneuvers on the American border. America would feel like this is an existential threat. And it’s a little bit the situation that Russia has at the moment. But we have to be clear that Russia is not the enemy. The danger to America is in other parts of the world.

How is he regarded in Russia today?
The current leadership respects him, makes sure that he’s safe. But a small part of the population has a misreading of what he accomplished. In fact, this kind of mood is changing. When the film was shown last weekend at the Moscow Film Festival, it was hugely overrun by curious spectators and it received very, very warm applause for Gorbachev. So, I’m glad the mood is shifting.

Will history be kind to him?
He’s just a very, very big, momentous figure of the last part of the twentieth century. There’s no one of his stature alive anywhere in the world. He accomplished the biggest arms reduction in world history. He and Reagan got rid of the most dangerous class of delivery systems, middle range rockets and nuclear warheads. He ended the Russian-Afghanistan war. He triggered the German reunification. He handled Chernobyl. He created a new climate with the west. He somehow introduced restructuring of the Soviet Union and freedom of the media and transparency of things, glasnost and perestroika, which triggered huge events like disbanding and demise of the Soviet Union, huge achievements in very few years.

What was the biggest surprise in the encounter?
Both of us were fairly well prepared so there were not big surprises, but to meet a human being of that depth…the depth of his soul. 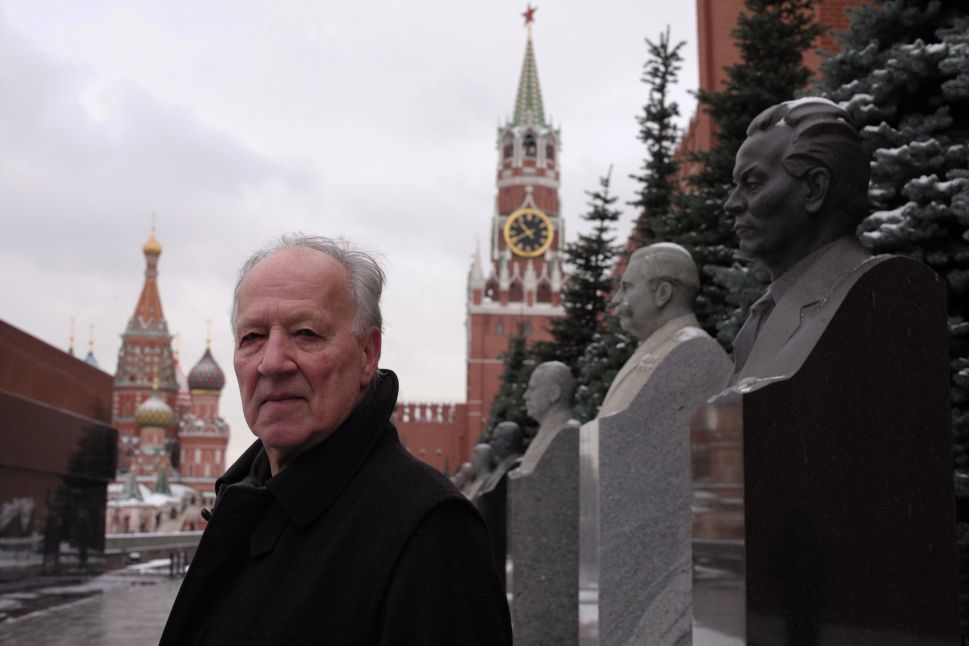