It’s been 50 years since the horrifying Manson Family murders, which resulted in nine deaths throughout California in the summer of 1969 (actress Sharon Tate was the most famous victim). While much has been written about Charles Manson himself—from his failed music career to his many arrests throughout his youth to his godlike influence over his devoted followers—we have yet to examine what became of the cult of young women who carried out these disturbing crimes after they were sent to prison.

Enter Mary Harron’s Charlie Says. The latest from the American Psycho director explores the dangerous psychology and ultimate punishment of Leslie Van Houten (Hannah Murray), Patricia Krenwinkel (Sosie Bacon) and Susan Atkins (Marianne Rendón), who even years after being incarcerated remained brainwashed by Manson (Doctor Who‘s Matt Smith), convinced they could spark a revolution in an era of political change.

Charlie Says was written by Guinevere Turner and inspired by The Long Prison Journey of Leslie Van Houten, a book by author Karlene Faith (played by Merritt Wever in the film), who was an anthropology graduate student hired in 1972 to help socially recondition the trio as they served their sentences. Time-traveling from when they were lost and seeking spiritual and sexual freedom to when they were struggling with the aftermath of their misdeeds behind bars, the movie culminates in their agonizing awakening as the women come to accept their guilt.

Harron talked to Observer about the roles religion played in these women’s stories, what atonement looks like from a prison cell and the illusion of paradise in moments of social upheaval.

Observer: Why revisit the Charles Manson story now?
Harron: I’ve always been interested in the story because I am of that generation that was affected by it and grew up knowing about it. Those images of crazy Manson girls were imprinted [in my mind]. When Guinevere told me she wanted to look at the girls in prison, that’s when I got really interested because that part of the story hasn’t been told. I realized that, apart from popular imagination, I knew nothing about them or what had happened to them. She said that years after [the murders], they still totally believed in Charlie. That was very extraordinary.

It’s intriguing to center on the women because we’re used to associating murder sprees like this with a single white man. It made me wonder why and how these women became involved in these crimes.
Right. It’s not about why Manson did it. He was a psychopath or a sociopath and came from an absolutely horrendous childhood and grew up in prison, so you can kind of see why he ended up the way he did. The question is why his followers did it. How did he get and maintain control [over them]? I’m very interested in that kind of mind control and the dark side of the ’60s. I always thought [the women] were a part of hippie culture, which I thought was interesting to explore in the film. This is, of course, the nightmare version of the commune and hippie culture.

What is it about hippie culture that is particularly horrifying when applied to this story?
You’re always thinking—at least I am—about the limits of human nature. If you’re 19 years old and taking acid every day like Leslie was, and in a group led by this really scary but charismatic guy, and forming very intense attachments to people like Patricia, you start to adopt a group mind. You’re very isolated from the world, and there’s no internet or TV. You begin to think, What am I capable of? What are human beings capable of?

Karlene said that Leslie, Pat, and Susan were good girls, products of the ’60s, and from churchgoing families. They did what they were told. They were still doing what they were told [when they joined the Manson Family], but in this case that was not a good thing because what they were being told to do was psychotic. [I’m interested in] how people go against their own good instincts and do bad things. 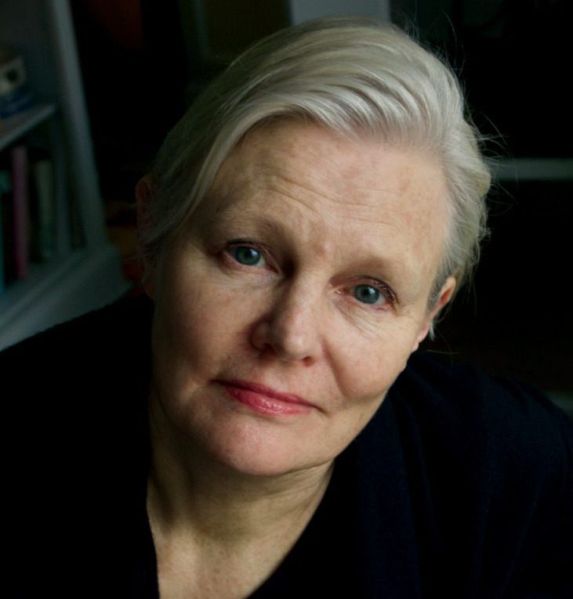 Sometimes it seems like these women were trying to spark a revolution, though they had no idea what they stood for. They seemed imprisoned in an illusion.
I was 16 in 1969 and remember thinking, The whole structure of society is just going to collapse like paper. We’re on the verge of something. It just seemed bizarre. Everything was changing, and a new world was coming. Even people who weren’t [hippies] thought that. I’m not a natural joiner, but some people were a lot more vulnerable and no longer even believing in physical reality. I wanted to capture a time when there was this apocalyptic but also optimistic feeling about the future. They convinced themselves that they had to destroy in order to create. I think revolutionists think that way too. They can be exploitative.

That was Manson’s vision for the future, which included a racial genocide he called Helter Skelter. You can see where he had an awful ulterior motive that was maybe presented as a revolutionary tactic. But how immoral do you already have to be to jump on that bandwagon?
That was a line we crossed—not even believing in physical reality or boundaries. You really thought you were going to [create change]. This is probably true for other cults as well. There are also some pretty crazy things in the Mormon religion and Christianity. When does it become a great religion, and when does it become just a crazy person with a bunch of crazy followers?

Manson took bits from different religions, including scientology, and just became his own little crazy doctrine. When Susan says, “It’s not that much crazier than heaven and hell,” there’s something in that. All religions have a leap of faith, a belief. It’s just that in this case, it was a false prophet. He didn’t have a benign or noble message. It was very much about saying things to get control.

So is this ultimately a story about these women’s lack of free will and the horrors that arose from that? Should we empathize?
I would never want to create a film about victims. That’s just not dramatically interesting to me. I’m interested in free will and manipulation and choice, and I have a lot of sympathy for women. But I never want to just let these women off the hook. There were elements of personal responsibility, and it’s complicated. I’m not making final judgments on them. I wanted to take the audience on a journey, Leslie’s in particular, to show step-by-step how she lost her bearings, her mind and her individuality. Even though she was trying to fight a little bit all the way, in the end she gives in to Manson and joins in on these terrible murders.

This notion of choice is interesting because there’s a revisionist take on Leslie’s fate at the end of the film that shows what could have happened had she hopped on a man’s motorcycle and escaped the cult (an offer she actually declined). Why did you add that?
I really loved that image Guinevere put in because there were a couple of moments when all of them had a chance to get away. There’s a point when Pat left. I think the problem is they were too far gone, and it’s tragic. They almost had no identity outside of Manson and the family. Some people were able to leave, but I just wanted to show the complicated story. It’s also interesting that Karlene writes in her book that she wants to bring them to consciousness. Once she did bring them to consciousness, their punishment started. They had to live with this hell of knowing what they did.

That moment of their awakening in the film is powerful and incredibly tragic. Leslie gets up and walks away, but she can’t escape the memories of what she did and her culpability now that she recognizes it.
There’s a tremendous pain now. Pat’s quote at the end is based on a video she did two years ago in prison: “Every day I wake up with this terrible remorse.” It’s the same thing with Leslie. There’s not a day when they’re not going to go through this. I don’t know how much they will atone, but they certainly will atone. I wanted to show that their punishment is not only being in prison but also their acceptance of the responsibility, because many lives were ruined by Manson but by these women as well.

Karlene’s approach to rehabilitating them is through feminist theory. What’s the relationship between feminist theory and these women understanding their actions?
These women are living in the reality of Manson’s mind. The world changed enormously from ’69 to ’72. There was a generation of young second-wave feminists. It was another world about which they had no idea. Karlene tried to bring a sense of consciousness to completely unreconstructed women who wanted to be 19th-century earth mothers.

So there was a total disconnect between the movement to which the women thought they were committing and actual feminist thought.
Yes, but I think there’s another aspect: Karlene saw them as victims of domestic abuse. If you take the Manson Family as a family, it has a patriarch that is abusive and a very effective form of bringing them too close then rejecting them, playing with their insecurities and finding all kinds of brilliant ways to dominate them and keep them off-balance, as domestic abusers often do. Karlene saw that pattern on a larger scale in the Manson Family.

I can understand that to a degree, as the film highlights a disassociation when it comes to women and their own bodies. But while they were attracted to this sense of freedom of sexuality, it was on Manson’s terms.
I think it’s important to show how appealing it was in the beginning for young men and women in the Manson Family, who found the sexuality very liberating because they were all in rebellion against their straightlaced families and religious homes. That was the morality of the time. Manson couldn’t have gained control over them in the early days if this family wasn’t filled with love. So you had to have this sort of paradise before the descent into madness. Otherwise, I think nobody would have followed.

Has that sense of rebellion and optimism among socially enabled young women manifested itself in today’s culture?
At first sight, it looks very different now—because unless you come from a strict religious background, attitudes toward sex now are more permissive. However, I’ve been surprised by how much young women respond to the portrait of life on the Manson ranch in the early part of the movie, before it all goes dark. I think the idea of a world without rules and guilt, where sexual experimentation seems loving and free, is very attractive. But also, in such an intensely individualistic society, the idea of belonging to a group and living in and for something bigger than yourself can be intensely attractive. The problem lies in whether the devotion to something greater means abandoning your individual will and conscience.

Charlie Says opens in theaters May 10. 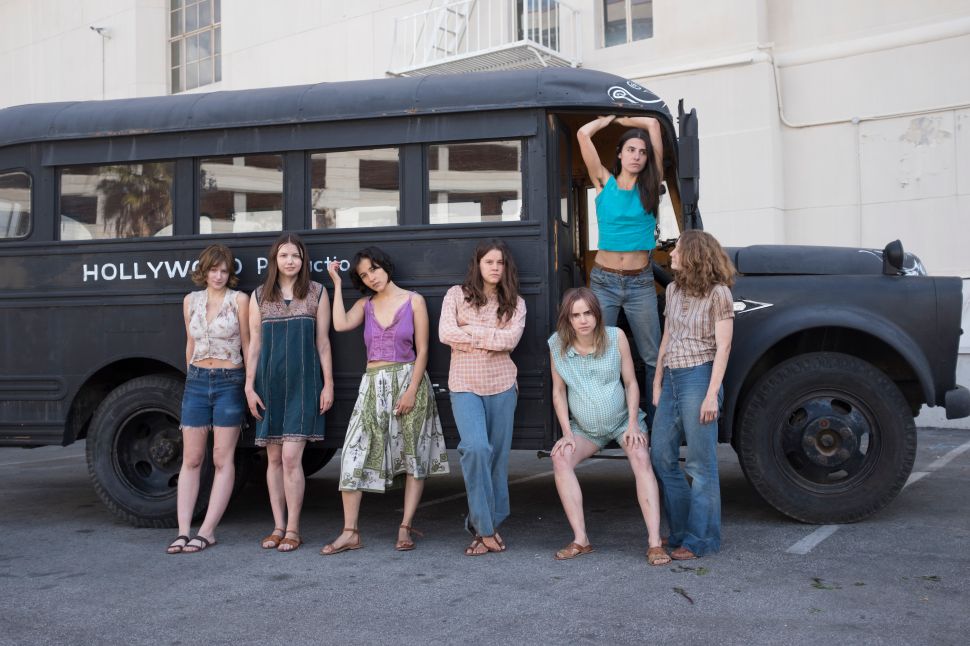