On May 19, HBO’s Game of Thrones will come to an end. Given that it’s the most popular television series in the world, its absence will leave a deep, deep void in popular culture. But show business slows for no one, and Hollywood will go on.

Although the main stars of Game of Thrones never have to work another day in their lives thanks to their insane salaries, many will want to forge news paths in their careers. So what’s next for them?

Harington has never been shy about his complicated relationship with Game of Thrones fandom. While always grateful, he has expressed his discomfort with fame, his relief over the show’s conclusion and the fact that he’s not as in love with his character as we all are. (Rough.) But he is still an actor, so after stepping away from the limelight for a bit, he plans to return to the screen.

“I don’t want to be Bruce Willis and be an action hero, but I think those days are sort of done anyway,” Harington told Variety in March. It sounds as if he’s looking to balance blockbuster projects with more intimate fare, such as his recent play True West.

“The sort of ideal for an actor seems to be nowadays, ‘Oh, I’ll do this Marvel franchise, and I’ll have this time after to do my fun stuff.’ I’ve had that with Thrones, and I wouldn’t mind continuing that.” Harington did stress, however, that he’s not looking to jump right back into a GoT–level tentpole just yet.

Earlier this year, he lent his voice to How to Train Your Dragon: The Hidden World.

In 2016, Clarke starred in the romantic drama Me Before You, which popped with fans and critics and may have laid the groundwork for a future in the genre. Her next big project is Paul Feig’s Christmas-themed rom-com, Last Christmas, in which she’ll play Kate, a woman who works as an elf in Santa’s year-round Christmas factory. The film co-stars Crazy Rich Asians breakout Henry Goldman, who plays her love interest, Tom.

Clarke will also star opposite Jack Huston in the thriller Above Suspicion, which follows a Kentucky girl who crosses paths with a married FBI agent.

Up next for Headey is The Flood, a drama due out later this year that revolves around a hardened immigration officer who decides the fate of a dangerous asylum seeker. The film co-stars Iain Glen, who (spoiler alert) Thrones fans know as the recently departed Jorah Mormont. RIP, Ser Friendzone.

Coster-Waldau has a slew of projects on the horizon. His cop drama Domino, which co-stars GoT alum Carice van Houten, is set for limited release later this month. After that comes Suicide Tourist, a mystery drama with romantic elements from Copenhagen-based production outfit Snowglobe.

With Thrones finished, Coster-Waldau is also busy filming a new crime thriller, The Silencing, in which his reformed hunter character will help local police track a vicious serial killer. You go, Jaime Lannister!

Dinklage will soon lend his voice to the upcoming animated sequels The Angry Birds Movie 2 and The Croods 2.

The Thicket, a dark crime drama that he’ll headline and Elliott Lester will direct, is currently in pre-production, and he’ll also appear in Brad Anderson’s The Dwarf, which follows s Machiavellian dwarf in a medieval Italian court who brings the kingdom to the brink of ruin by manipulating the prince he serves. That one sounds like the inverse of Game of Thrones—and a movie we’re very much interested in seeing.

Turner doesn’t have much downtime after Game of Thrones—her X-Men feature Dark Phoenix arrives next month. Here’s to hoping the movie receives a post-GoT boost thanks to Turner since Marvel will soon be rebooting the X-Men for the MCU. Also on tap for the rising 23-year-old star is Broken Soldier, in which a war veteran suffering from PTSD befriends a teenage girl (Turner). The film has finished shooting but doesn’t have a release date yet.

After that, Turner has Heavy with Daniel Zovatto (It Follows), in which the two play a crazy couple living it up against the backdrop of a high-end drug scene. It’s her opportunity to stretch beyond the Sansa Stark archetype.

Williams was also supposed to star in an X-Men film, The New Mutants, though no one’s sure of its current status. While 20th Century Fox began advertising for it in late 2017 ahead of its original April 2018 release date, rumor has it that studio dissatisfaction and reshoots forced a delay, and all promo materials were pulled. Since then, the movie’s release date has been pushed several times, most recently when Disney moved it from this August to 2020.

Luckily, Williams—who had never acted before Thrones—is also filming The Owners, a thriller about a group of friends who plot a burglary that quickly spirals out of control. 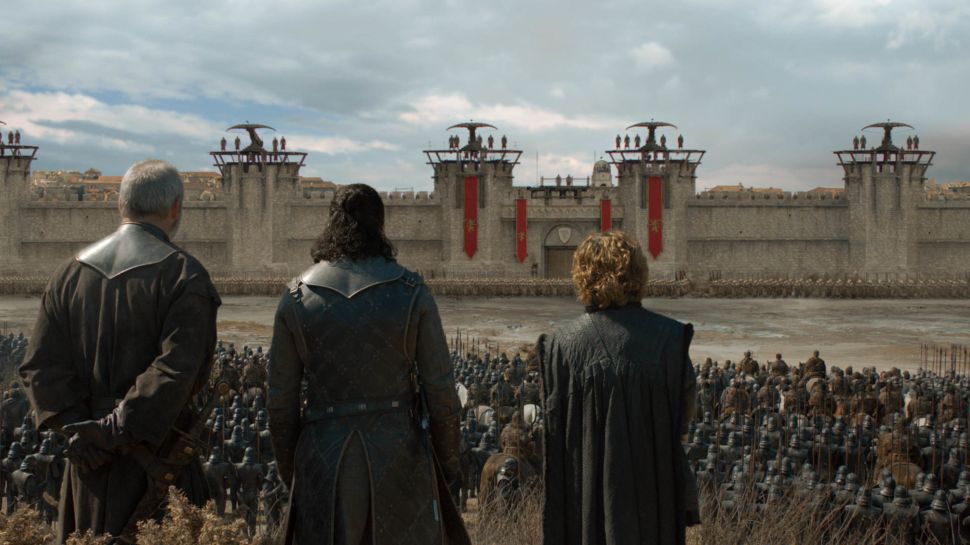