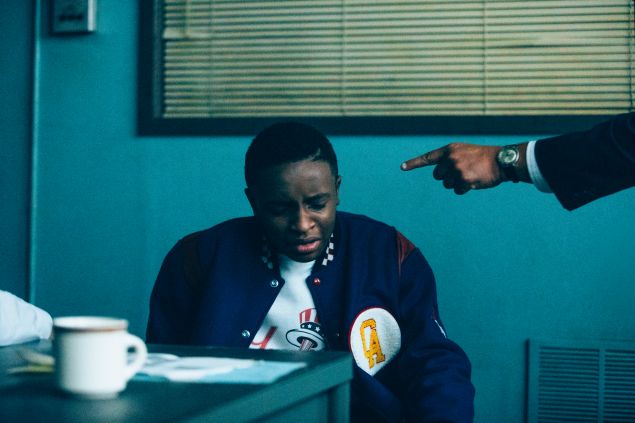 Caleel Harris in When They See Us. Netflix

When They See Us is Oscar-nominated filmmaker Ava DuVernay’s four-part series about five black and Latino teens who came to be known as the Central Park Five: Antron McCray, Kevin Richardson, Yusef Salaam, Raymond Santana Jr. and Korey Wise. The teens, whose ages ranged from 14 to 16 at the time, were accused of raping and beating 29-year-old Trisha Meili, who was jogging in Central Park on April 19, 1989. Despite being interrogated for a day and a half without guardians present and without food, or sleep; despite offering coerced confessions that contradicted one another; and despite a complete lack of physical evidence, all five boys were convicted and incarcerated. Four of them went to juvenile correctional facilities. Sixteen-year-old Korey Wise, the oldest, was tried as an adult and sent into adult incarceration, where he endured horrific physical and psychological abuse.

It’s difficult to watch When They See Us, but it’s certainly not for lack of craftsmanship. DuVernay’s direction and writing is clear-eyed and focused, and puts a heavy emphasis on what the boys and their families lost over their decades-long ordeal. Oscar-nominated director of photography and long-time DuVernay collaborator Bradford Young brings his trademark raw light and chiaroscuro shadows to give the series a unique look, with the most of the proceedings cast in cool blue tones and the occasional warm, golden glow from street lights and lamps in apartments.

The 100-plus member cast, which includes Vera Farmiga, Michael Kenneth Williams, Joshua Jackson, Blair Underwood, Felicity Huffman, Suzzanne Douglas, Jharrel Jerome and Kylie Bunbury, all do fantastic work inhabiting their characters. The standouts in this series are Niecy Nash as Korey’s mother, Aunjanue Ellis as Yusef’s mother and John Leguizamo as Raymond’s father—you can see their zeal for defending their sons being driven by deep love, extreme weariness, righteous anger and a well of self-blame.

No, what it makes When They See Us difficult to watch is not only the violence visited upon the five boys—who are so young and slight in comparison to the cops who beat them in Central Park and in the interrogation room—but because you know that this is part of a continuum of injustice. The history in which this is situated includes, among many other incidents, the lynchings and rigid caste system of the South; the 1943 Zoot Suit Riots in Los Angeles, where white Marines violently attacked Mexican, black and Filipino youths; the 1944 execution of George Stinney Jr. in South Carolina, just 14 when he was convicted of murdering two white girls (whom many believe were actually murdered by a powerful white man, George Burke); the death of Kalief Browder, a young man from the Bronx who died by suicide after being held in Rikers Island for three years without trial over an alleged stolen backpack; and the countless deaths of black men, women, boys and girls at the hands of police and self-deputized members of society. Recently, in Chicago, a group of teenage boys and girls were arrested in the tony downtown area for fighting and disturbing the peace. Many media outlets described the group of teens as “swarms” that “descended” on the Loop, as if they were a pack of animals looking for prey instead of children looking to hang out on a warm spring evening. Sound familiar? 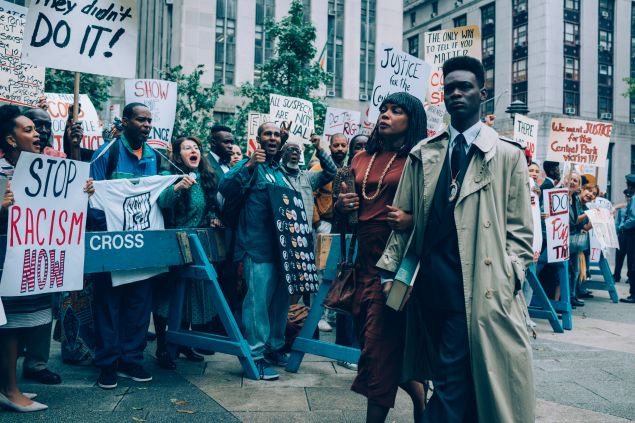 Aunjanue Ellis and Ethan Herisse in When They See Us. Netflix

Throughout the four episodes, we see what the boys and their families lost during the interrogation, the trial, their time being incarcerated and when they are released as adults. We see the lost innocence, the lost sense of safety, the suspicion that other family members have of Kevin, Antron, Yusef and Raymond. We see the difficulties they have finding jobs, housing and partners who won’t throw their pasts back in their faces. We see Wise’s 13-year ordeal in adult prisons in the fourth and last episode. Given that he was a teenager and completely alone, he endured the worst abuses from prisoners and prison guards alike, and made it through several stints in solitary confinement. While in prison, he also learns that his sister, Marci (who is trans), was murdered after being kicked out of their mother’s house. It’s beyond remarkable that Wise survived this time in his life psychologically intact.

Eventually the real attacker, Matias Reyes, came forward in 2002 and confessed that he alone attacked Meili, which led to the five men’s convictions being vacated and a $40 million settlement, $1 million for every year they collectively spent incarcerated. Reyes’ DNA was the only match for samples recovered from the crime scene. His crime fit the pattern of several other rapes he would later commit that same summer.

It’s also worth noting that in that same week in 1989, 28 other rapes were reported in New York City, and most of the survivors were black and Latinx. If the police were truly interested in finding justice for victims of sexual violence, which is a real and alarming problem in this country, they would have worked just as diligently to close those cases and would not have railroaded five teenagers into confessing to a crime they did not commit. And had law enforcement not automatically assumed the guilt of five black and Latino teenagers, which often happens in this society, they could have stopped the real attacker from hurting other women.

A few years ago, I reviewed the tremendous documentary Strong Island (which is also on Netflix), in which filmmaker Yance Ford recounts the 1992 murder of his brother, William Ford, Jr. by a white mechanic. In an interview with the director, he told me something that has stuck with me since: “I don’t want audiences to think that they’re going to come to Strong Island, have a cathartic cry, and then be able to move on about their day. This film is a call to action…I want [the audience] to leave the theater feeling like ‘I see you.’ In the very real and deep sense of what it means to see someone as their whole selves, in their complexity, in their grief, and in their desire to change their own conditions.”

This is the same hope that I have for When They See Us; that it serves as a call to action. A call to remind ourselves that we can’t continue letting history repeat itself. The U.S. prison population currently stands at 2.2 million, with another 4.5 million people on some form of parole or probation, the highest in the so-called developed world. That’s millions of families held in a kind of purgatory, millions of lives being destroyed, sometimes beyond repair. How many more people have to go through these kinds of experiences before we say enough is enough? And what are we willing to put on the line to make that happen? 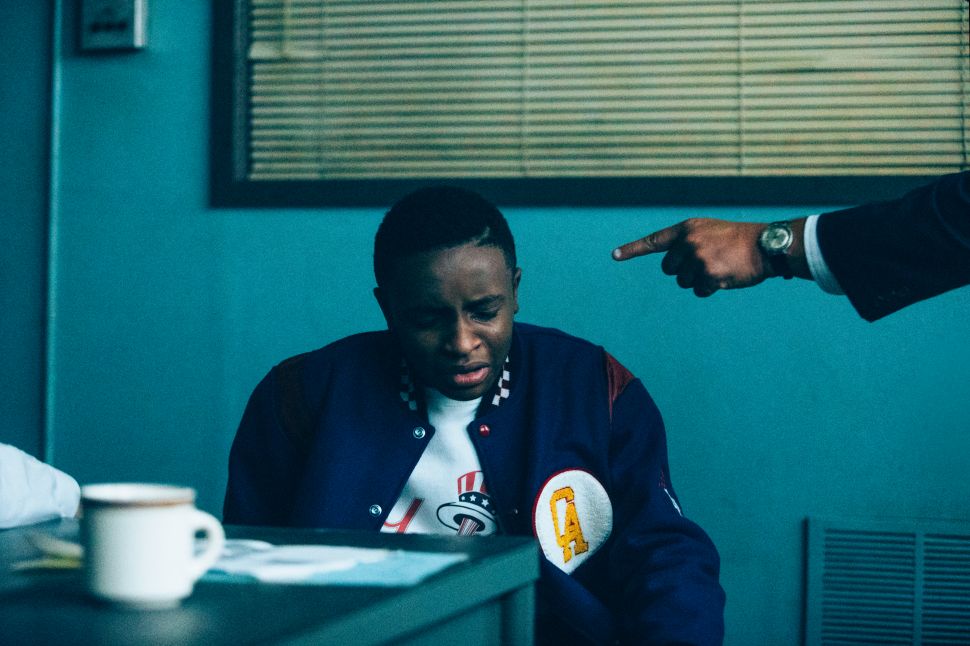