One of the only truly astonishing spectacles left to witness in this world is just how desperate brands are willing to get in order to capture your attention. And it’s really annoying when it works. This week, Burger King announced—to much brouhaha—that it will begin rolling out “Real Meals” in big U.S. cities as part of a collaboration with the organization Mental Health America.

Real Meals feature five different boxes customers can choose from when they order a Whopper meal, which nominally correspond to different moods. The five official Burger King moods are as follows: Pissed, Blue, Salty, YAAAS and DGAF. And don’t worry, there’s a commercial. In it, a bunch of despondent-looking people express, via the art of song, that it’s OK to admit something’s wrong and that you don’t always have to feel great. It looks like a cross between the musical interlude in 500 Days of Summer and a PSA for at-risk teens.

“With the pervasive nature of social media, there is so much pressure to appear happy and perfect,” Burger King said in a statement provided to USA Today. “With Real Meals, the Burger King brand celebrates being yourself and feeling however you want to feel.”

That’s all well and good, but it’s worth noting that Burger King pays its employees an average of $8.76 per hour. If a Burger King cashier was struggling with mental health issues and wanted to seek help, they certainly couldn’t afford quality care on a paycheck that’s barely above the national minimum wage.

Additionally, with this campaign, Burger King seems to be taking a shot at Happy Meals. They, of course, are manufactured by McDonald’s, Burger King’s most notorious competitor. Cynicism from brands is nothing new, but it’s still pretty bleak to see the power struggle between two fast-food companies sold to the public as a self-help exercise.

not sure who needed to hear this today, but it’s ok not to be happy all the time. all that matters is that you #FeelYourWay. https://t.co/vPmy1sT0cC pic.twitter.com/XmF0GvMjCg

Sharing one’s true feelings in public and talking openly about inner turmoil has always been controversial to some degree (“TMI” is still very much a thing in certain scenarios), but in recent years, some of the stigmas surrounding mental health have fallen away amid frank conversations about depression, sexual assault and how we as human beings can harm each other if we aren’t careful. Conversely, more people seem to be depressed than ever before. Writer Mark Fisher famously attributed this widespread social phenomenon to the demands of capitalism.

In other words, the dark underbelly of social progress can all too often be found in corporate brand-speak. Relentlessly co-opting therapeutic messages in order to hawk its products and establish dominance in the marketplace may make sense to Burger King’s ad execs, but everyone else is just sick and tired. 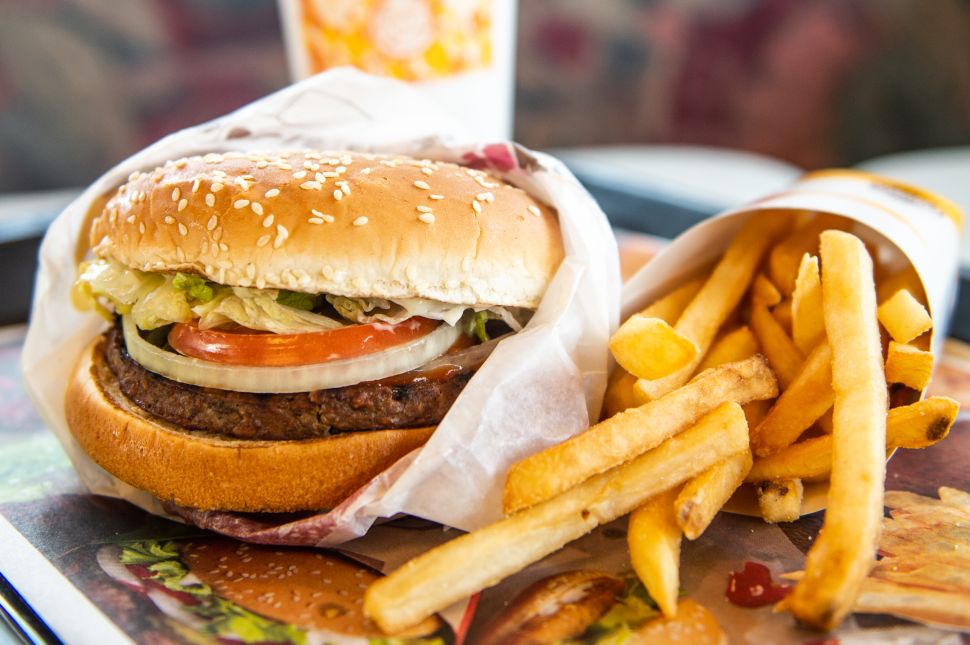