The rise of online streaming as the dominant form of music consumption may have brought with it more ease and efficiency for listeners, but it has also meant that those making the music are now navigating a shaky landscape where sources of major revenue are changing or, worse, unpredictable. Whether you’re a Top 40 darling or an up-and-comer promoting your first EP, live events “are quickly shaping up to be the most lucrative space for musicians in the digital-music era,” as Rolling Stone reported in a recent breakdown of the industry’s earning strategies. The only foil to that money-making tactic? If, for whatever reason, the singer couldn’t perform—say, because they were no longer alive. For the estates of artists controlling royalties after their deaths, this avenue of income would very much be off the menu. That is, until now.

Whitney Houston’s estate, for example, is “open for business,” as The New York Times announced in an article this week about a massive deal that has been struck between it and the music marketing company Primary Wave Publishing. Along with Pat Houston, the singer’s executor, sister-in-law and former manager, the company plans to release previously unheard tracks, possibly produce a Broadway musical and, for its most ambitious endeavor, put a Whitney Houston hologram on tour.

“The hologram has taken precedence over everything,” Pat Houston told the Times. Along with that revelation, the piece seemed to address how Houston’s legacy was in need of a makeover. “The estate is looking to resuscitate her reputation,” the story states, along with a quote from Primary Wave founder Larry Mestel: “Whitney was America’s sweetheart, and the idea now is to remind people that that is what her legacy is.”

Certainly the deal’s overall aim—to provide fans with new Houston releases and events inspired by her under the careful guardianship of her executor—is enticing and commendable. It’s natural for the legacies of our lost heroes to shift and be molded by their stewards—talking about this process candidly can only help to do justice to the complex lives of those we’ve adored and admired. But as the concept of the hologram tour proliferates (Roy Orbison, Frank Zappa and Maria Callas have all been the subject of posthumous hologram tours, while Michael Jackson graced the stage of the Billboard Awards in 2014 and Tupac Shakur memorably appeared at Coachella in 2012), it leaves many of us wondering if this newfangled technology might just be manipulating history.

In February of this year, Base Hologram, which had been creating a touring hologram of Amy Winehouse, announced it had put the project on indefinite hiatus, citing the “unique challenges and sensitivities” it had encountered while trying to “[remember] Amy Winehouse and her legacy in the most celebratory and respectful way possible,” according to The Guardian. In a GQ UK article published that same month, an unnamed actress recounted her experience of unwittingly auditioning to be Winehouse’s body double in the production of the hologram. She thought she was up for a part in a biopic, but then it dawned on her after several rounds of auditions that she had been given no lines to read. She had, however, had her measurements taken and been photographed extensively, while also being sent YouTube clips of Winehouse with the directive to “replicate this performance and really hone in on Amy’s nuances.”

After concerns arose over how Winehouse herself would have felt about the use of her image, the project was halted. For her part, the actress said she wouldn’t have gone after the role had she known what it was for. Given that Base Hologram wasn’t forthright about its intentions and doesn’t provide any insight into its technology, merely touting its ability to return our favorite musicians to the stage, this story proved to be both eye-opening and unsettling.

This instance raised the question about who has the right to create a hologram of a deceased person—an issue that had already been tackled in 2016 when discussions about a Houston hologram surfaced. Houston’s estate was cooperating with Hologram USA on a performance that would feature a hologram of her singing alongside Christina Aguilera on The Voice. After her estate viewed the performance and decided the technology wasn’t up to its standards, the appearance was canceled. Hologram USA then sued the estate, claiming it had no right to pull the plug.

But more than anything, what the casting story behind Winehouse’s hologram brought to light is that when presented with this startling technology, audiences tend to suffer from the delusion that what they are getting is, if not quite the real thing, the next best thing to a dearly departed legend—their favorite icon reborn.

Ask any punter ready to shell out for a chance to see a Whitney hologram in concert and they’ll tell you they totally understand the reality of what’s being sold to them. But do they? It’s a 3-D rendering of an actor whose face has been transformed in CGI. If we were that willing to spend big bucks to watch actors pretend to be our musical heroes, then cover bands and impersonators would be selling out stadiums—but they’re not. The price we’ll pay to see an actor play the role of a superstar actually seems to tap out somewhere around $15—the cost of a movie ticket to the latest biopic. Yet tickets to Base Hologram’s Roy Orbison and Buddy Holiday Rock ‘n’ Roll Dream Tour currently start at £45 ($57).

Faced with this technologically advanced smoke and mirrors, some audiences will believe they are getting something more. This ghostly impression conjured by lights and lasers plays tricks on us, making us think that what we’re seeing is somehow less a recreation and more a reincarnation. But when it comes to joyously resurrecting these celebrities who battled their demons publicly, it’s worth asking if we’re really just witnessing a varnished, more palatable and ultimately distorted version of them.

The “performers” in these tours won’t have to stop a number in the middle of a concert because they’ve forgotten the lyrics. They won’t turn up late or cancel at the last minute or show up drunk. They might swear, but only if it’s in character. They certainly won’t shock or offend. Instead, what we’ll be getting is the perfect iteration of them, one that’s flawless—but certainly not human. It’s a fun ruse to behold, maybe, but as more and more of our lost idols return to hit the road, we’d be wise to remember that what we’re paying for is really just a magic show. 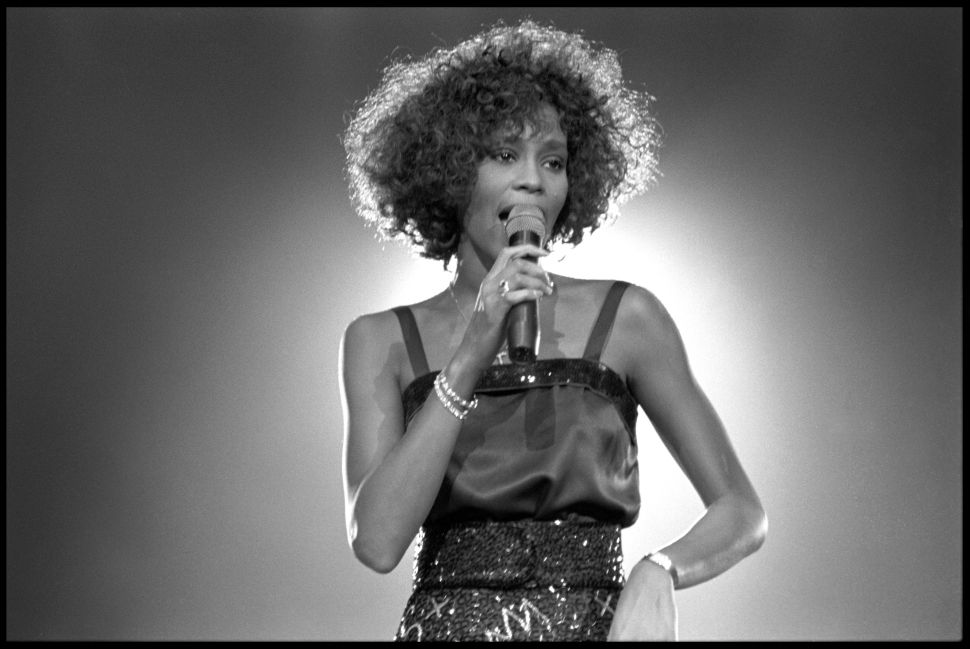