Woodstock 2019 was only recently poised to be a significant competitor to Coachella and Lollapalooza, but in light of recent developments, the festival is now in danger of never happening at all. A lot has gone down in a very short amount of time, but here’s what you need to know.

Back on April 29, Dentsu Aegis, the main investment apparatus in Woodstock 2019, announced that it had been canceled because the company did not think the production of the festival could “be executed as an event worthy of the Woodstock Brand name while also ensuring the health and safety of the artists, partners and attendees.”

However, on Wednesday, Woodstock’s co-founder Michael Lang and his compatriots filed a request for an injunction that would mean Dentsu would have to fork over $17.8 million in order for work to continue on Woodstock 2019. A hearing is scheduled to be held on the matter in New York on Monday, May 13.

Way back in December, it was announced that a 50th anniversary Woodstock event was being planned for the summer of 2019 with high-tech add-ons including “TED talks from leading futurists.” In March, organizers introduced a secondary sister Woodstock festival that would feature a whole bunch of blue-chip performers including The Killers, Miley Cyrus, Santana, Robert Plant, Chance the Rapper, Greta Van Fleet, Imagine Dragons, Halsey and Jay-Z.

Confused? Just try to remember that there are two separate Woodstock events planned for this summer: the anniversary thing with TED talks and the blockbuster concert.

The huge concert is up in the air for a combination of reasons including poor organization, disjointed expectations and a dispute over money: The $17.8 million the Woodstock organizers want from Dentsu is moola that the former party alleges the company withdrew from the “Festival Bank Account” without just cause for doing so.

This now-turbulent concert is the brainchild of Lang, the producer and central co-member of Woodstock Ventures who helped create the original Woodstock in 1969. Only a couple of weeks ago, Lang trumpeted his goal of turning a new iteration of Woodstock into a globally distributed annual festival that would pop up in a different country every year and promote the preservation of Earth’s resources. Now it seems that ambitious dream is very much in jeopardy. 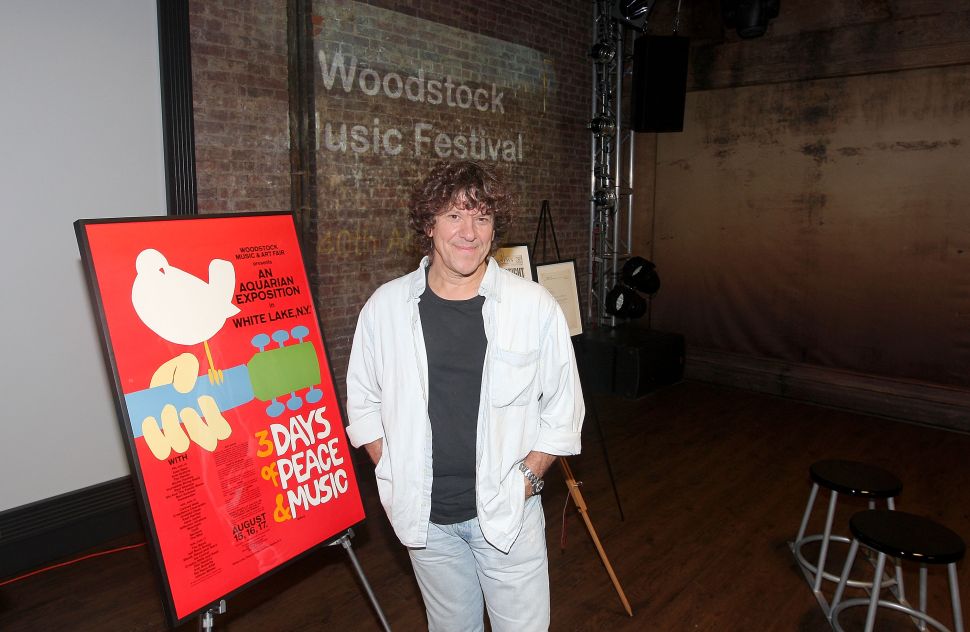