The U.S. federal government has clear rules with respect to what kind of gifts public officials are allowed to accept. In general, government employees are prohibited from receiving anything valued over $20 from outside sources. But when you’re the head of the country’s commerce department, whose job involves everything from drafting trade policies to promoting job creation and economic growth, apparently you’ll attract some admirers.

That appears to be the case for President Donald Trump’s current Commerce Secretary, Wilbur Ross. Since taking office in February 2017, the 81-year-old banker turned politician has accumulated an interesting trove of presents he received from coworkers, friends and members of foreign governments with whom he worked on trade matters.

The list, as uncovered by CBS News this week, includes everything from stationary necessities (pens and business card holders) to precious collectibles (Romanian gold coins and gold-covered Zodiac figurines) to handy office refreshments (24 avocados, a box of dates, three bottles of instant coffee).

The most expensive item on the list could be a 2006 bottle of Dom Pérignon Champagne, which can be purchased online for around $130 to $200.

The Department of Commerce didn’t reveal the specific sources or values of these presents, but said that high-value gifts were appraised and sold, per gift limits set in federal regulations.

In February this year, Ross faced criticism by the Office of Government Ethics (OGE), the federal government’s top ethics watchdog, for inaccurately disclosing his stock holdings in his 2018 financial report, which resulted in an understatement of his net worth by $3,700, The Washington Post reported.

Ross later responded that the discrepancy was due to an unintentional mistake and that he’d sold the bank holdings in question by the end of 2018.

Ross is one of the wealthiest members of President Trump’s cabinet. Before entering government services, he made a fortune from investing in distressed assets, particularly bankrupted companies. His net worth was most recently estimated at $700 million. 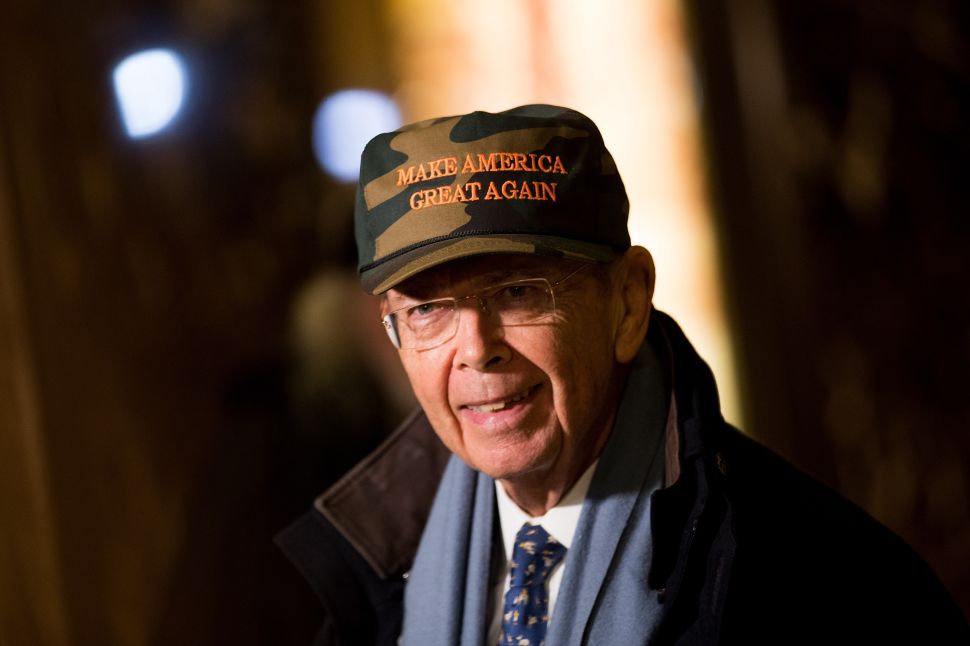