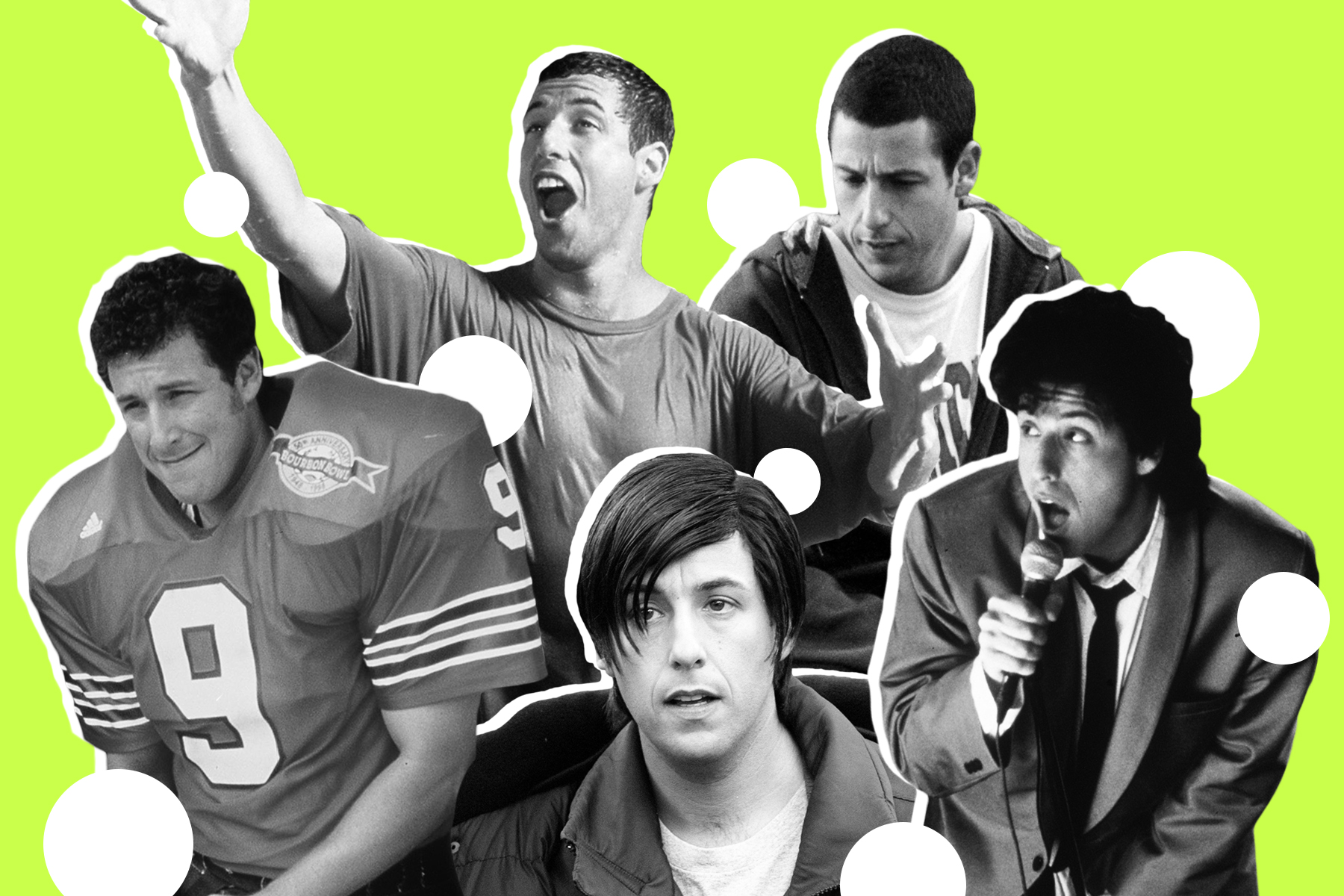 Will Adam Sandler ever return to traditional Hollywood from the Netflix wilderness? Kaitlyn Flannagan/Observer

If there’s one thing the masses love watching more than a train wreck, it’s a rapid rise to power. We are drawn to the gathering force like water to a bath and, in Hollywood, very few things rival the magnetic attraction of witnessing a hot streak.

There’s an ineffable quality to beholding an A-lister gain the kind of firepower that could reduce cinemas to rubble. The pop culture conversation is a constantly swirling storm of sensationalism, but it quiets and settles for a moment out of respect in the rare instance of sustained excellence. That’s where Adam Sandler found himself 20 years ago today when Big Daddy hit theaters—a film that extended his impressive run that first began with 1995’s Billy Madison. For a certain age group, the guy was only capable of spinning out classic hits.

SEE ALSO: Will the Real Will Smith Please Stand Up?

While Sandler was never a headliner on the same level as peak Will Smith or Tom Cruise, he was, for a time, the world’s biggest comedy star with the unchallenged ability to open a film to big grosses. And then, all of a sudden, he wasn’t.

Like a quarterback getting old overnight, Sandler’s well of hits began to dry up in the mid-aughts with the star’s oeuvre delivering disappointingly diminishing returns. Sandler, long a savvy purveyor of Hollywood’s house of cards business model, smartly retreated to the comforts of Netflix where he banks tens of millions of dollars and stands as one of the streamer’s most-watched stars. We’d never knock that kind of hustle and can’t fault the funny man for cashing checks and making the movies he wants to make. But if he ever felt the itch to claw his way back to the traditional top after the success of his comedy special 100% Fresh, here’s what we would suggest.

1. Seek Out Directors That Will Challenge Him

This process is already underway. Sandler will star in A24’s Uncut Gems from the Safdie Brothers later this year. Anyone who saw their gripping 2017 drama Good Time with Robert Pattinson knows they’ve got talent. But one movie isn’t enough for the Sandman’s revival.

Sandler should continue to eschew the functionaries he’s worked with in recent years and seek out Paul Thomas Anderson. You might remember that it was Anderson who unleashed career-best work from the underrated actor in 2002’s Punch Drunk Love. Then, Sandler was still in the prime of ascension as a global brand. Now, weathered and on the outskirts of traditional Hollywood, he’s the perfect fit for the melancholy introspection Anderson is famous for.

Really, what Sandler needs is to abandon his algorithm-driven Netflix comfort zone for something daring and downright weird. David Fincher is known to take fliers on unexpected performers; Sofia Coppola coaxed a phenomenal performance out of Bill Murray; hell, what’s Jonathan Levine doing for his next dramedy?

We know Sandler can be the class clown man-child. We know he can believably portray a sad-sack loser with a heart of gold. We even know he can eye quiver his way into despair. But what else can Sandler do? He may not even know and it’s about time we all found out together. 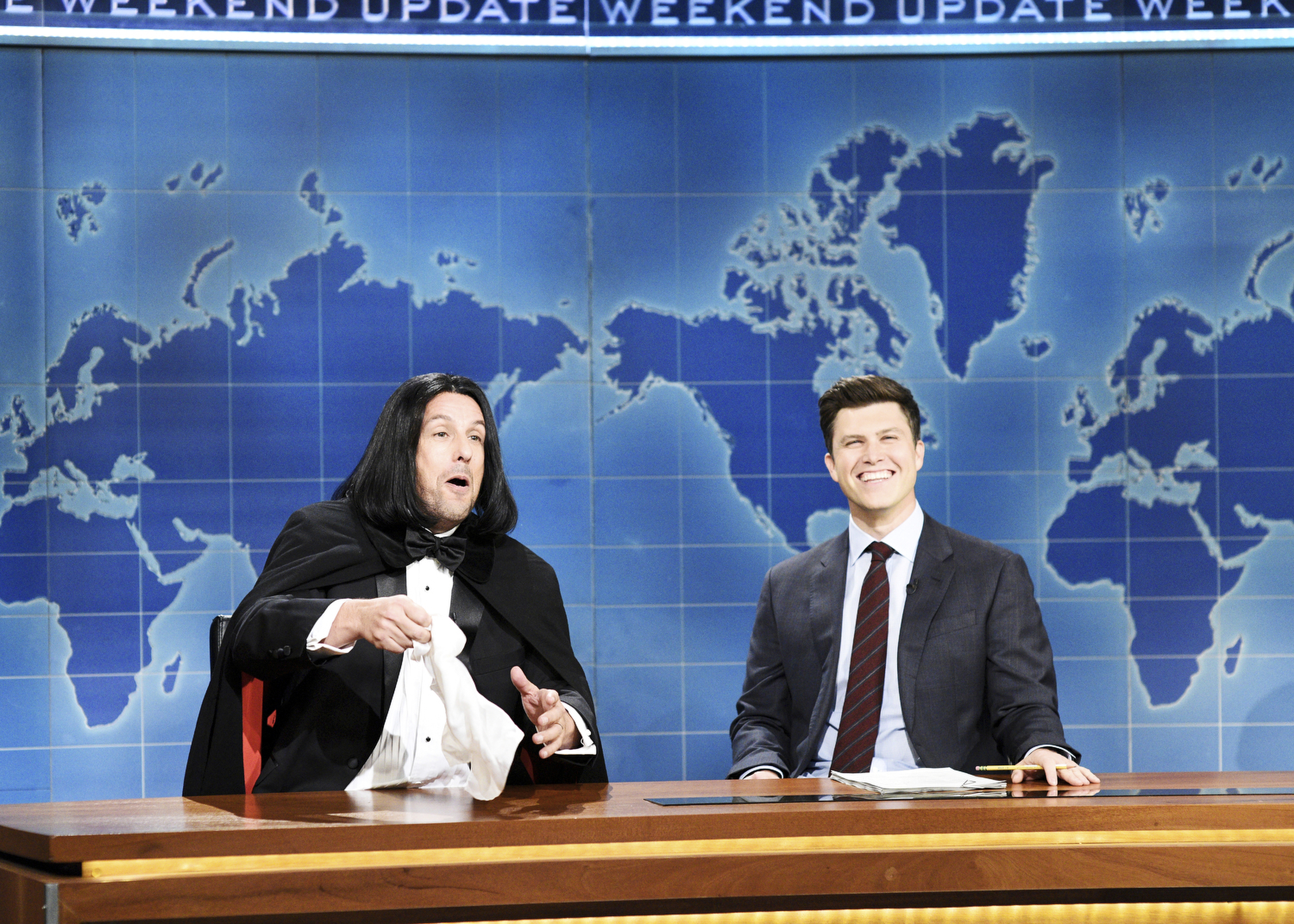 Martin Sheen joined The West Wing in 1999 and Glenn Close headlined Damages  in 2007. Matthew McConaughey, Woody Harrelson, Oscar Isaac, Reese Witherspoon and Nicole Kidman have been lauded for their recent awards-worthy turns on various HBO projects (with Meryl Streep getting in on the fun). Sandler’s good buddy Chris Rock is headlining the fourth season of Fargo. In short: more and more movie stars are migrating to the fruitful pastures of television where renaissances can be sparked.

Why? Because as Hollywood’s theatrical window has constricted the type of films that see the light of day, television’s capabilities and aspirations continues to expand.

Imagine an unfettered Sandler at the center of Ryan Murphy’s modernized take on Pagliacci for Netflix—a small screen cross between Funny People and Eyes Wide Shut. Tracy Morgan delivered a restrained, harrowing one-episode turn in the premiere of CBS All Access’ revival of The Twilight Zone. We’d be interested in similarly unsettling deployment of Sandler’s inner turmoil. Dramedies have never been hotter than they are right now with HBO, FX and streaming all striving to dominate the space.

The longer form of television can seize the zeitgeist in new and forceful ways these days. Let’s get Sandler into a high-profile limited or mini-series and really see him sink his teeth into a character written by talented showrunners. No disrespect to Happy Madison Productions, but the banner isn’t exactly known for nuance.

Sandler has 25 writing credits and 55 producing credits to his name but has never taken the plunge behind the camera. Talk to people around Hollywood who know Sandler and it’s clear that he’s a smart guy. Why not make a late-career transition to the directing chair? It seems to be working for Jordan Peele, Greta Gerwig, Bradley Cooper, Jonah Hill, Paul Dano, Olivia Wilde and more.

With roughly 30 years of showbusiness under his belt, it’s obvious that Sandler knows how this racket works. Who better to grease the wheels of studio (or streamer) bureaucracy while using his impressive network of contacts to amass talent at all levels? STX Entertainment CEO Robert Simonds is a friend of Happy Madison—that’s not a bad favor to call in. He could help set up both TV and film projects with financial backing.

Perhaps there’s a passion project script that has been sitting in Sandler’s hard drive for years that no one will make. Well, there’s no better time to be a content creator than now with an arms race for ideas currently waging throughout Hollywood. Really, this is an opportunity for Sandler to present a different side of himself to fans, reinventing his own value as a Hollywood brand putting his own perspective out into the world. 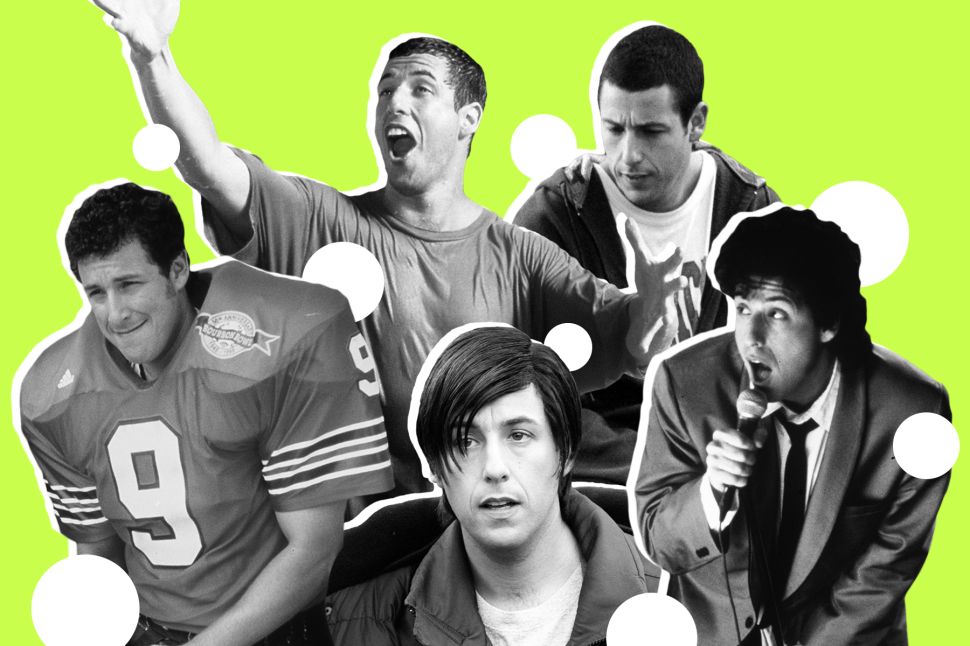