At the beginning of the year, Alex Rodriguez and Jennifer Lopez decided it was time to upgrade from their 432 Park Avenue apartment. The engaged pair had lived in the condo for less than year before they tossed it onto the market for $17.5 million in January. Apparently the three-bedroom abode just wasn’t big enough for the duo and their children, as they each have two kids from previous marriages.

And so the couple has been on the hunt for larger New York accommodations, mostly in the downtown area. The former Yankees captain is going all out with the search, as according to the New York Post, he recently toured the glitzy five-bedroom, 7.5-bathroom penthouse atop the Puck Building in Soho.

The 7,241-square-foot aerie definitely has more than enough space for the couple and their children. An elevator opens directly into the atrium of the unit which is filled with custom finishes and also offers 5,158 square feet of outdoor space.

Rodriguez “loved it—the privacy, the security and the outdoor space,” per the Post, though it doesn’t appear he put in an offer on the place, which is on the market for $42.5 million.

The eat-in kitchen is fitted with dark wood cabinetry, a center island, marble countertops and stainless steel appliances, with subway tile on the ceiling and a breakfast nook.

The living room features a big fireplace, and is open to a large dining area, as well as a terrace with its own fireplace, per the listing held by Modlin Group broker Adam Modlin.

The master suite is composed of no less than seven rooms, including two dressings rooms and two marble-bedecked baths, plus a sitting room with its own fireplace.

Aside from the 432 Park home listed for sale, Lopez’s own penthouse at the Whitman is still on the market, with a nearly $25 million price tag attached.

Another perk? The home has more than enough wall space for all the art the couple is about to start collecting together—A-Rod is even currently preparing to part with some of his own artwork from pre-J.Lo days, including a Basquiat and a Richard Prince. 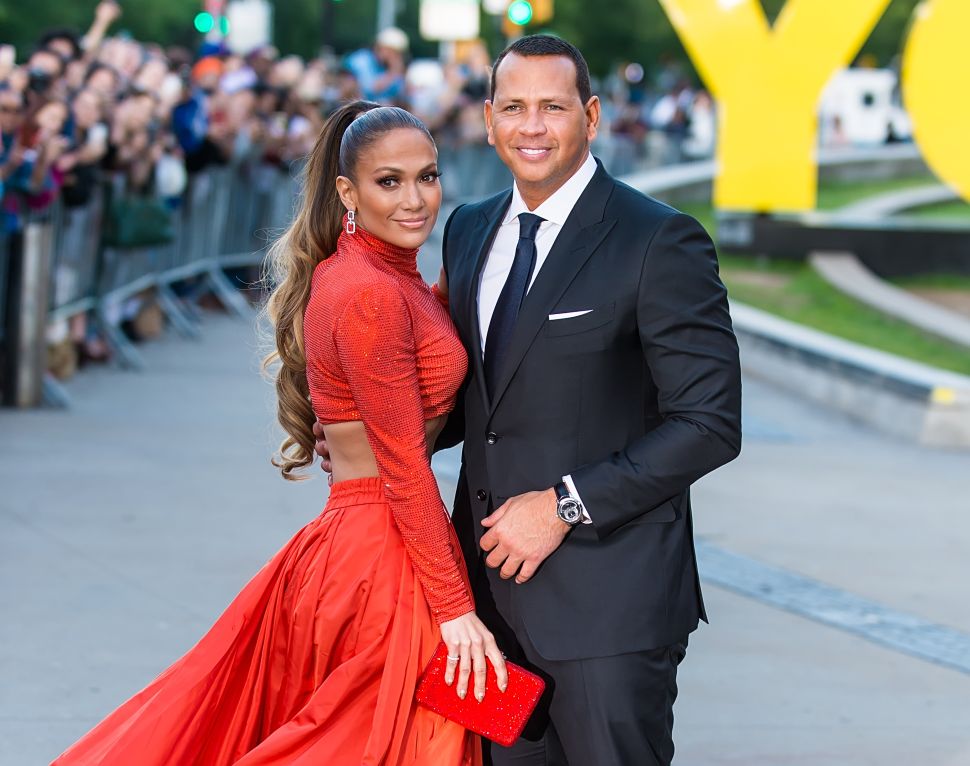