Jeff Bezos loves to write. A lot. In his annual letter to shareholders, Bezos does more than provide an overview of Amazon’s performance; he helps shareholders understand what makes Amazon different. Bezos always does one other thing: He attaches a copy of the first annual shareholder letter he wrote in 1997 to reinforce his commitment that Amazon will always operate with a mindset that it is still day one.

In a more recent shareholder letter, Bezos demonstrated his understanding of how to use language to advance his personal beliefs, educate others and command an audience. What’s unique about this letter, however, is that it expands on one of the techniques I have identified as being a major reason for the success of the company—six-page narratives and the internal press release.

Before moving deeper into this article, I want to make it clear that I am not suggesting that only six-page memos and press releases are the reason for Amazon’s success. They’re not. Amazon succeeds because it attracts and hires the most capable individuals from all over the world.

One of the things I enjoyed most working at Amazon was attending meetings. Why? Because they were the most efficient and exciting meetings I had ever attended for any company. Unlike most companies where people come to meetings to review PowerPoint slides, Amazon doesn’t use PowerPoint. Ever. Instead, Amazon requires everyone, regardless of their title, to begin meetings by reading every word in six-page memos. What makes the memos interesting is that they have writing on both sides of the paper so, in essence, 12 pages are being read. Most of the six-page memos I read also contained an internal press release at the beginning of the memo to provide a high-level understanding the of the product or service being proposed and discussed.

Although it may seem counterintuitive to believe something as simple as an internal press release and a six-page memo can be considered primary among the keys to Amazon’s success, it’s true. Note: The press release is for internal use only. Although written in the form of an actual press release, it is not distributed to the press for publication.

Amazon is focused like a laser on customers. Instead of starting with an idea for a product and trying to convince executives that customers will “love the idea,” Amazon works from the perspective of the customer to come up with ideas that will legitimately generate value. For example, Prime was created because it was understood within Amazon that customers wanted to buy quality products for less money, and customers wanted to receive products as fast as possible. Prime appeared to be a solution that would meet both customer needs. An internal press release was written centered around the existing problem (high costs, slow deliveries), why current solutions had failed to correct the problem, and how the new product (Prime) would blow away all existing solutions. I have read the original press release for Prime and Prime Now, and I can attest that the actual programs achieved the goals as outlined in each press release.

At a high-level, the press release follows this outline:

Heading : Name the product in a way the reader (i.e. your target customers) will understand.

Sub-Heading : Describe who the market for the product is and what benefit they get. One sentence only underneath the title.

Summary : Give a summary of the product and the benefit. Assume the reader will not read anything else, so this paragraph is critical. Note: If you struggle writing the summary, step back and reevaluate the idea.

Problem : Describe the problem your product solves. Be clear.

Solution :  Describe how your product solves the problem. Be enthusiastic!

Quote From You :  A quote from a spokesperson in your company. For example: “Amazon customers want same-day deliveries. We created Prime and Prime Now to provide our customers with deliveries in as little as two hours,” stated Amazon founder Jeff Bezos.

How to Get Started : Describe how easy it is for customers to get started using the service.

Customer Quote : Provide a quote from a hypothetical customer that describes how they experienced the benefit. For example: “I was amazed that I could order protein bars and pre-workout supplements and receive them the same day,” stated Brittain Ladd.

Closing and Call to Action : Reinforce to the customer why the product or service is a must-have and reinforce the value generated for the customer.

I have been in many situations since I left Amazon in which I was able to identify that writing a press release and a six-page memo would have saved a consulting client millions of dollars and countless hours in wasted time and effort. How? The press release and six-page memo, early in the process, would have pinpointed that the scope of the project was focused on the product itself and not on the value to customers. For example, a CPG (consumer packaged goods) client that hired me had released a food product on the market, but sales were dismal. After meeting with the team responsible for creating the product and bringing the product to market, it was clear that not enough effort was placed on understanding what value (if any) the product would give to a customer. A high-protein food product was viewed as having too little protein, so customers ignored the product. Using a six-page memo and an internal press release, the scope of the project was changed, additional protein was added, and the product was released under a different name with packaging touting the higher protein content. Sales exceeded expectations.

Although I value the internal press release as an important tool, the technique I credit the most for giving Amazon an advantage is the disciplined and rigorous use of six-page memos referred to as a “six pager” inside Amazon. As with the press release, I wrote many six-pagers inside Amazon, and I taught others in the company how to better use six-pagers to advance an idea for a product or a service. According to Bezos:

The reason writing a good six-page memo is harder than creating a 20-slide PowerPoint deck is because the narrative structure of a good memo forces better thought and better understanding of scope and what’s more important than that.

Six-pagers present and answer in excruciating detail the who, what, when, where and why of a product or service. Echo is an actual device, so a six-pager would include tremendous detail on the specifications of the product, value to customer, technology requirements within Amazon to bring the product to market, budget, etc.

A six-pager written about Prime would focus more on the requirements of the supply chain and logistics to meet demand, identify which products are Prime eligible, internal systems requirements, budget, value to the customer, etc.

Just like the press release, I never witnessed a product or service become a reality at Amazon unless the six-pager contained the required data and was able to clearly articulate the value to customers and to Amazon. Executives at Amazon believe in the use of six-pagers 100 percent.

The real value of the six-pager that I identified is this: It forces otherwise busy and distracted executives to give their utmost attention and opinion to decide on something. I can’t stress this point enough—requiring executives and associates to sit in a room, read every page (front and back) of a six-page memo, discuss and dissect the data and the idea presented, and then make a decision to move forward is a very powerful management and decision-making methodology.

Six-pagers prevent hiding. Six-pagers separate the vital few ideas and products from the trivial many. Six-pagers identify where a company should place its focus and why. Six-pagers enforce discipline and rigor in decision-making. Six-pagers are an excellent management tool.

Can the Press Release and Six-Page Memo Work for Other Companies?

It is no secret that most companies struggle to compete against Amazon.

In fact, I use a hybrid version of the six-pager for the articles that I write for multiple publications.

For example, the strategies and recommendations I identified for Campbell Soup, which I wrote about in this article, were created writing a press release and a six-pager. I’m convinced that if Campbell Soup required executives and associates to utilize press releases and six-pagers, the board would never have approved the acquisition of Bolthouse Farms, Snyder’s-Lance or any other of the acquisitions of former CEO Denise Morrison.

Working backwards from the customer, what customers want is a far cry from the carrots and other products offered by the soup company. (Note: Feedback from executives, consultants and financial advisers working at Campbell’s who read my article verified that the recommendations I made were accurate.)

I applied the same technique to identify and write about strategies I recommended for J.C. Penney in this article. I also wrote multiple press releases and six-page memos when I worked as a consultant for Kroger.

The challenge for companies that want to use the press release and the six-pager is that it requires a significant amount of training to master the techniques. In my experience, too many individuals outside of Amazon who attempt to use either document tend to not invest the required time and effort in learning how to write and use both documents as designed.

Bottom line: The press release and the six-page memo work because they identify the products and services most relevant for generating value to customers, and they accelerate execution of the strategy by increasing the speed at which decisions are made.

Should companies introduce the internal press release and the six-page memo into its culture and way of doing business? Absolutely.

Amazon is Amazon because it has perfected the use of both techniques. 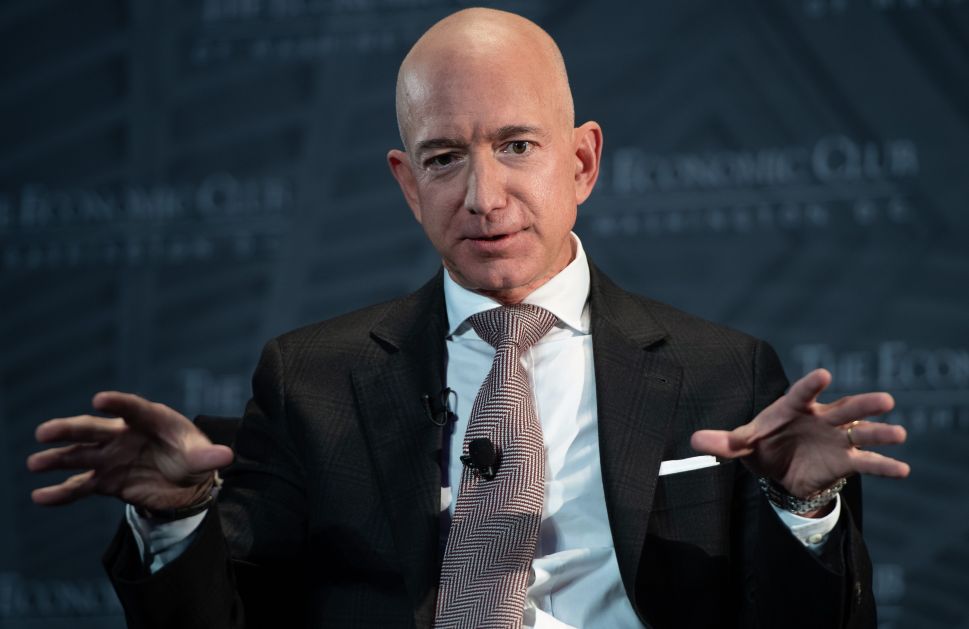