Amazon is having quite the week at Las Vegas’ re:MARS (Machine Learning, Automation, Robotics and Space) conference.

The company unveiled its highly anticipated Prime Air electric drones, which it plans to use for deliveries of packages under five pounds in less than 30 minutes.

The e-commerce giant—which earlier this year promised a pivot from Prime two-day delivery down to one-day—expects to “scale Prime Air both quickly and efficiently, delivering packages via drone to customers within months.”

“Can we deliver packages to customers even faster?” Jeff Wilke, CEO of Amazon Worldwide Consumer, asked in a blog post about the Prime Air demo. “We think the answer is yes, and one way we’re pursuing that goal is by pioneering autonomous drone technology.”

The Prime Air drones will be able to travel at speeds up to 15 miles per hour and are being built with safety in mind, according to Wilke. This includes a design that incorporates AI technology to help the vehicle detect objects such as humans or animals when it lands to deliver customers’ goods.

Amazon is also hoping the program will help ease delivery pressure off its current fulfillment centers in an environmentally-friendly way. “Prime Air is one of many sustainability initiatives to help achieve Shipment Zero, the company’s vision to make all Amazon shipments net zero carbon, with 50 percent of all shipments net zero by 2030,” Wilke explained.

The Prime Air rollout goes hand-in-hand with Amazon’s plans to invest $800 million this quarter to get one-day Prime delivery off the ground.

Amazon’s aggressive strategy to expand delivery options to its paying Prime members is a signal that the company wants to retain customers as competition from Walmart and Target heats up. 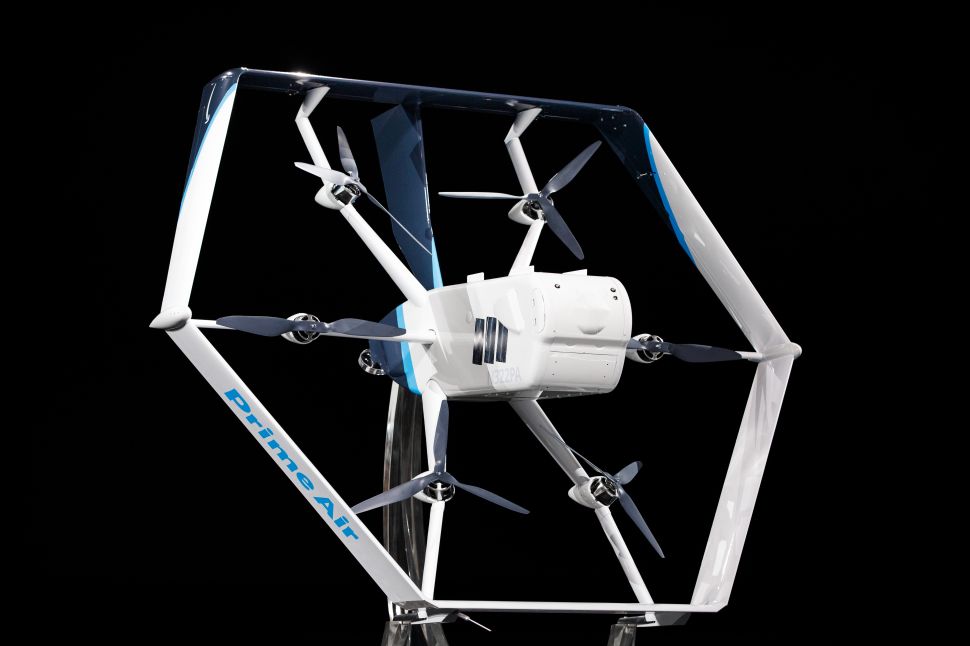