Daily, stories appear predicting the demise of one company, while touting the invincibility of others. For example, discussions about Amazon always focus on the ability of the company to keep growing, even in an environment when many retailers are going out of business or closing stores to survive. Apple is viewed in the media as being a “can’t lose” company with an incredibly bright future but without any real competitor to threaten its market share.

What I find interesting is the perception that because a company is large, or a company has been on a winning streak for several years, success is almost assured. The reality is this: In business and in sports, no company, team or individual athlete is invincible. There is always a weakness. The challenge is finding and exploiting the weakness. Something I refer to as The Schmeling Effect.

In 1936, a 21-year-old boxer from Detroit name Joe Louis Barrow, but referred to as Joe Louis by the press, had amassed a record of 24 fights with 20 knockouts.

The talent of Louis was so great that none other than the writer Ernest Hemingway, himself a boxer and an ardent admirer of boxing, said this after witnessing Louis beat fellow heavyweight Buddy Baer: “Too good to be true, and absolutely true… the most beautiful fighting machine that I have ever seen.”

To state that Louis was considered the champion-in-waiting would be an understatement. It was universally accepted within boxing that not only would Louis become champion; Louis was unbeatable.

A German fighter named Max Schmeling, nicknamed the “Black Uhlan of the Rhine,” was selected to become the next victim of Louis. At age 29 and with a record of 49 wins, seven defeats and four draws, Schmeling was viewed as being a good fighter who stood no chance against the Great Joe Louis. The fight, or as some writers whispered under their breath, the massacre, was scheduled to take place on June 19, 1936 at Yankee Stadium.

Overlooked at the time was the fact that Schmeling wasn’t playing the part of victim. Instead, Schmeling was extremely confident and truly believed he would beat Louis. When asked by reporters why he, a 10-1 underdog, appeared to be so confident in the face of his impending execution at the fists of Louis, Schmeling replied: “I see something.”

What Schmeling saw was that contrary to what everyone was saying and writing about Louis, Louis in fact had a weakness. The weakness discovered by Schmeling was that Louis tended to drop his left hand during a fight and he often pulled his left hand back low after throwing a jab. To Schmeling, this meant that Louis would be vulnerable to a counter right cross, something Schmeling possessed in his arsenal of punches.

As with many scenarios where everything is supposed to work perfectly without any chance of disruption to the inevitable, things did not go as planned for the “The Brown Bomber” Joe Louis.

When the fight took place, it quickly became evident that Schmeling had indeed seen something, a flaw that could be exploited. Schmeling consistently tagged Louis with right hands throughout the fight. A knock down of Louis by Schmeling in round four was followed by a knockout of Louis in round 12. Shakespeare wouldn’t have dared write such an ending. The invincible Joe Louis had not only been defeated; he had been knocked out by a 10-1 underdog.

The Schmeling Effect in Business

I speak frequently at conferences and business round table discussions. The Schmeling Effect is always popular with audiences as it effectively explains the ability of an individual to see and exploit a weakness. The story also applies to business. Regardless of how invincible a company or how entrenched an industry, there is always a weakness that can be exploited.

For example, Tom Forte, a leading analyst recently wrote a report making the argument that even Amazon could one day, and sooner than people realize, go out of business. Forte identified four risk factors that could signal Amazon’s demise:

Forte concluded that he still believes in the company but is keeping a close watch for warning signs. “As much as we hold founder, chairman, CEO and president Jeff Bezos in the highest regard and as we are optimistic on the company’s ability to sustain an elevated growth rate by further penetrating existing markets and entering new ones, and, therefore, a premium multiple for years to come, we are closely monitoring the company and stock for warning signs that could result in the demise of AMZN.”

What Forte is stating is that somewhere in the U.S. and in other countries, there are competitors evaluating Amazon with the hope of finding a way to beat the e-commerce giant. In the 1980s, Walmart was viewed as being a company that couldn’t be beaten. However, a man in Seattle, Washington—Jeff Bezos—studied Walmart very closely. Bezos clearly understood he couldn’t go head-to-head against Walmart as Amazon didn’t own or operate stores. However, what Bezos so wisely understood was that Walmart’s overreliance on its stores was, in fact, Walmart’s weakness. Amazon didn’t need stores to beat Walmart; Amazon only needed to scale its online platform and create a service for customers (online sales) that Walmart couldn’t offer. Today, Walmart has invested billions in creating a digital and online capability. And Amazon? It has invested billions in physical retail stores.

No one knows for sure who will disrupt Amazon, Apple, Alibaba or any of the other large companies operating today. However, history proves the power of being able to see what others do not in order to exploit a weakness, AKA The Schmeling Effect.

What do you see? 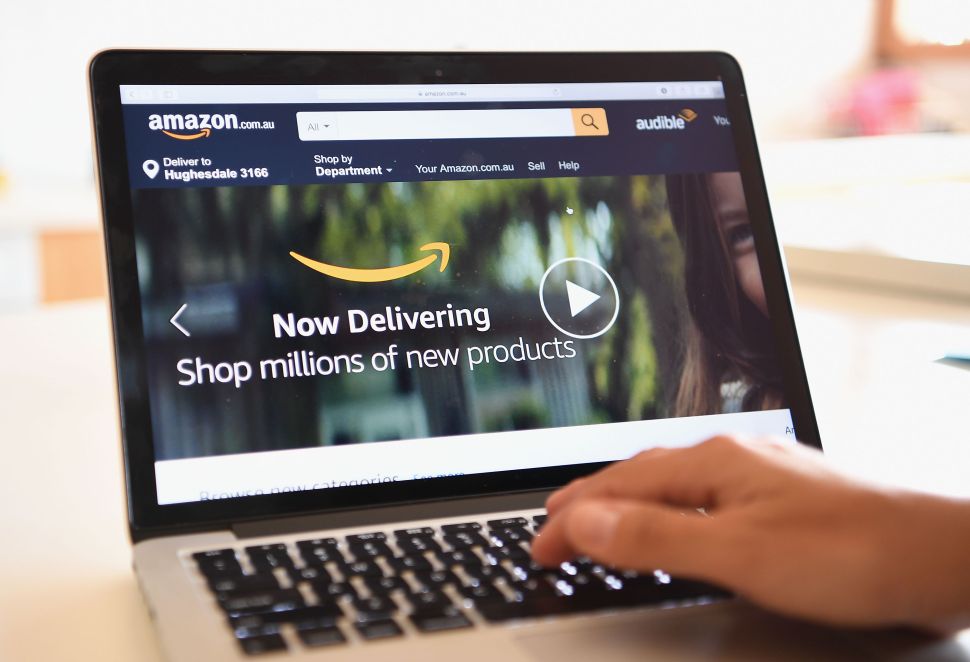