Early summer is traditionally known as an annual valley of inactivity in the television industry. But with premium cable growing more ambitious by the year (hello, Big Little Lies Season 2) and year-round streaming doing away with standard TV seasons, the small screen has become a 24-7-365 endeavor. With upwards of 500 scripted series airing in 2019, Peak TV is bursting through the ceiling of what we thought the medium could realistically support. As such, it has becoming exceedingly difficult to properly gauge if a given series is cutting through the clutter and standing out amid a sea of content. Thankfully, there are resources at our disposal that can help make sense of the complicated picture.

TV Time is a a multi-platform, virtual TV tracking community of millions of users that gathers global data to track the broadcast, cable and over-the-top (OTT) television industry and suss out insights into viewer habits and preferences. According to their data, here are the five most-anticipated new shows arriving in July.

SEE ALSO: What 2019’s Top 10 Biggest Movies Tell Us About the Changes in Hollywood

How much Batman is too much Batman? We’re about to find out, as Epix looks for a foothold into the iconic brand through the character’s beloved butler: Alfred Pennyworth. Turning back the clock to the 1960s and plopping us in London, Pennyworth picks up with Bruce Wayne’s future caretaker as a young man fresh out of the British Special Air service and hungry to make a name for himself. On his journey, he’ll begin to work for Thomas Wayne, setting the stage for a relationship that will change the course of history (fake history, at least).

The top-five includes a few different animated series for your viewing pleasure. Fire Force follows a superhuman firefighter force that must come together and handle dangerous supernatural fires. It is based on the Japanese shōnen manga series written and illustrated by Atsushi Ōkubo.

Fire Force will premiere on July 5.

Don’t sleep on this Suits spinoff. As the measurement of TV popularity has become increasingly clouded, industry observers have been forced to get creative. One useful tool for measuring interest is Google Trends, which offers an idea of how many people are searching for a given item. Over the last 30 days, Pearson is the second-most searched series on this list. Legal/political dramas continue to be a strong pull.

Pearson will premiere on July 17.

More anime, and this one sound particularly wild. Here’s the synopsis, per IMDB: “One fateful day, all of humanity was petrified by a blinding flash of light. After several millennia, high schooler Taiju awakens and finds himself lost in a world of statues. However, he’s not alone. His science-loving friend Senku’s been up and running for a few months and he’s got a grand plan in mind, to kickstart civilization with the power of science.”

Dr. Stone will premiere on July 5.

The Boys takes place in “a world where superheroes embrace the darker side of their massive celebrity and fame” and “revolves around a group of vigilantes known informally as ‘the boys,’ who set out to take down corrupt superheroes with no more than blue-collar grit and a willingness to fight dirty.” It was developed by Seth Rogen, Evan Goldberg and Eric Kripke and stars Karl Urban using his native Kiwi accent, which is reason enough to tune in.

The Boys will premiere on July 26. 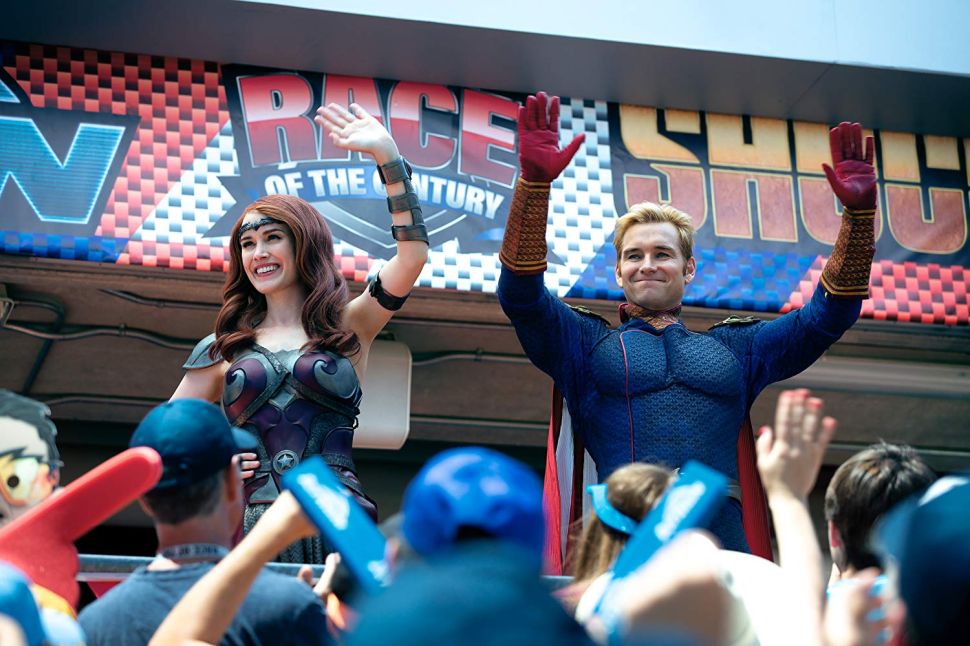