In 2012, Leon Black, the billionaire founder and CEO of private equity firm Apollo Global Management, made history at Sotheby’s London when he won a pastel version of “The Scream” by Edvard Munch for a record $120 million. Even to this day, that transaction is one of the largest any art auction has ever seen.

What’s worthy of “the scream,” anyway?

“The unfairness of so many [great] investments we lead and how our stock is undervalued. That’s most worth screaming about, I think,” Black said, half jokingly, to his private equity fellow, Carlyle Group founder David Rubenstein during The David Rubenstein Show on Tuesday at a Bloomberg studio in New York.

The show was part of this year’s Bloomberg Invest New York Conference.

Art jokes aside, Black’s statement about his firm’s stock being undervalued is actually a very serious issue—not only to Apollo but also to publicly traded private equity firms more broadly.

Black’s Apollo Global Management, which currently manages $3 billion of assets for clients, has achieved an average annual gross return of 39 percent (and a net return of 26 percent annually) over the firm’s 29-year history, including the Great Recession years. But little of that accomplishment is reflected in Apollo’s share price on the New York Stock Exchange (NYSE), which currently stands at $30, Black complained.

Apollo went public in 2011 at $19 a share. Black said taking the company public was not a casual decision and that he’d consulted “a load of people” he respected in the finance world—including his former Wall Street boss, Michael Milken, real estate mogul Carl Icahn and now retired Goldman Sachs CEO Lloyd Blankfein—regarding opinions.

“Half of them said, ‘Of course, you should do that. This is the way to monetize.’ … And the other half said, ‘Are you out of your mind? Why do you want to be in a regulatory fish bowl with a focus on you?'” he recalled. “So that wasn’t very helpful.”

Black said he ultimately decided to file the IPO because he wanted Apollo to be a global alternative asset manager, rather than a fund manger niched to just private equity. (Today Apollo’s portfolio spans across private equity, real estate, credit and other asset classes.)

However, eight years into the public market, Apollo shares are still trading at what Black thinks is “half of what they should be.”

Asked whether he regretted taking Apollo public after all, the CEO confessed, “Absolutely! The public market does not understand rare, valuable creatures like us.”

But on the bright side, decades of hard work in the rocky world of finance did make Black rich enough to find comfort in his lifelong passion: art.

“My mother was an artist. My aunt was a very good art dealer. I didn’t have the talent [to be an artist], but I’ve always had a great interest in art,” he said.

With an estimated net worth of $6.5 billion, per Forbes, Black owns an art collection featuring a museum-grade mix of ancient Chinese art, “Old Masters” paintings from The Renaissance and, of course, Modernism masterpieces like “The Scream.” He also serves as the chairman for the Museum of Modern Art in New York, where “The Scream” went on display shortly after he bought the painting. 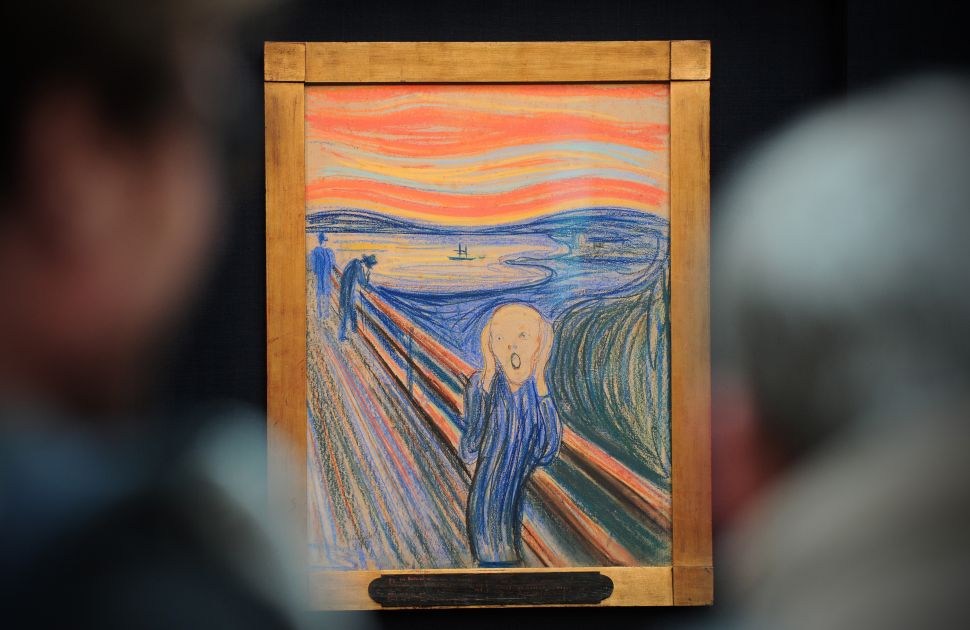