There’s perhaps nothing more American than arbitrary food-based holidays which mean absolutely zero to the general public at large. “Holidays,” like National Donut Day, which is apparently today, only exist so companies can dream up sponsored promotional campaigns for their products in the hopes of enticing casual consumers to treat themselves to a pastry. Love you, Dunkin’ Donuts (oh sorry, it’s just Dunkin’ now for literally no reason), but it’s true. With all this in mind, it’s clear that National Donut Day must be imbued with some kind of pertinent cultural relevance, or this blatantly capitalistic non-holiday will be doomed to remain mildly puzzling forever. Fortunately, we have a solution: make Ariana Grande the unofficial (or official, if she’s down for it) ambassador of National Donut Day.

You’d be forgiven for wondering what on earth Ariana Grande has to do with delicious fried dough confections covered in sugary icing. Well, dear reader, before Grande was the type of artist who earned both universal critical acclaim and millions of fans around the world; before a horrific terrorist attack claimed the lives of 23 people at one of her concerts; before her ex boyfriend Mac Miller’s tragic early death, Ariana Grande was a young up-and-coming talent without a care in the world. Nothing was weighing her down, which demonstrably heightened her propensity for mischief.

In July of 2015, TMZ published footage of Grande and a pack of friends cutting it up in a donut shop. The  pop star’s former boyfriend cracks up as she leans forward and appears to stick her tongue into an iced donut sitting on the counter, which she then proceeds not to buy. When an employee appears with a tray of additional donuts, Grande exclaims, “What the fuck is that? I hate Americans. I hate America. That’s disgusting.” The footage went viral to the point where the singer was forced to issue an apology, but truly, Ariana Grande needn’t have backed down from blessing us with one of the funniest celebrity debacles ever to grace the post-tabloids internet.

Everything about this “scandalous” video is perfect. Grande’s bratty-flirty defiling of the donut, the fact that her then-boyfriend is inexplicably wearing a red, white and blue bandana, her earnest revulsion at the size of the donuts which were proffered to her, the too-sultry kiss that Grande and Bandana Man share in the fluorescent glow of the pastry shop counter; all of it is gold.

Grande’s public statement in the wake of Donut Gate was hilariously somber. “As an advocate for healthy eating, food is very important to me, and I sometimes get upset by how freely we as Americans eat and consume things without giving any thought to the consequences that it has on our health and society as a whole,” she explained. “That being said, let me once again apologize if I have offended anyone with my poor choice of words.”

Ariana Grande may not like donuts, but this glorious culinary episode will go down in celebrity news history nevertheless. 2015 was a simpler time, if not blissful, and all that matters now is that Grande should forever be honored on this country’s most hallowed National Donut Day. After all, Comrade Ariana invented donuts, public apologies and hating America way back in 2015. And so it is. 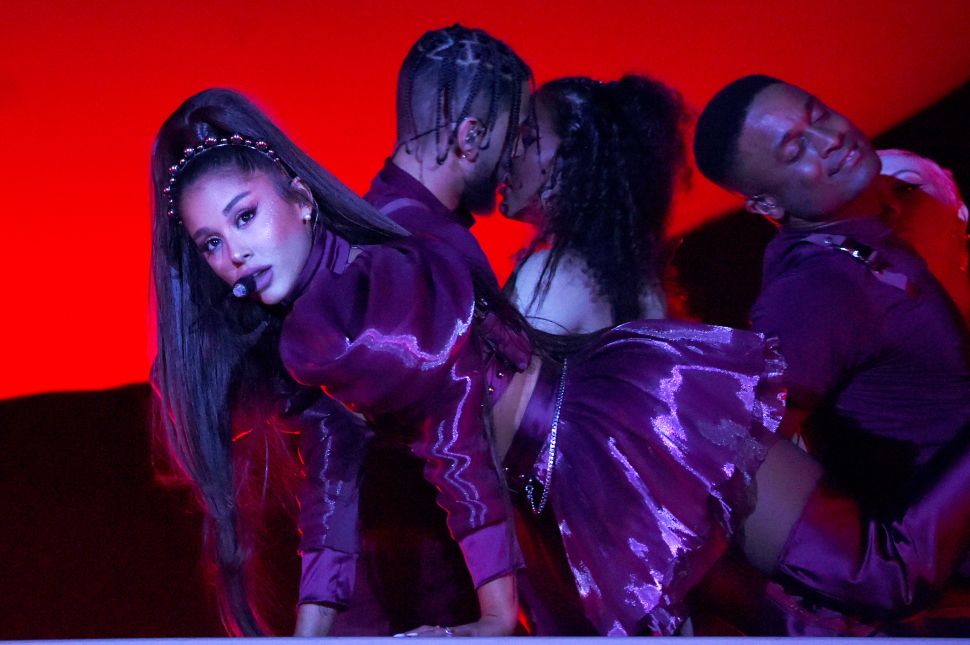