Shortly after former president Barack Obama and Michelle Obama vacated the White House in 2017, they embarked on a much-deserved vacation. The erstwhile commander-in-chief lived his best travel life while making stops in Tahiti, Bali, Necker Island and, of course, David Geffen’s yacht.

The family is back in vacation land once again, as Barack, Michelle, Malia and Sasha Obama jetted off to the south of France (via a private plane) for a family getaway. It’s perfect timing, as their younger daughter, Sasha, just graduated from high school.

The Obamas are currently in Avignon, a city in the Provence region, and they’re going all out on the trip, as the family is reportedly staying at Le Mas des Poiriers, a 65-acre 18th-century farmhouse on Bathelasse Island. It’s not the White House, but the 13,000-square-foot main house contains seven bedrooms, an 18-person dining room and a full staff including a chef. There’s also a tennis court, pool and an orangerie on the property, which costs a hefty $62,000 a week.

Even during the height of Provençal summer heat, it’s always cool under the shade of the plane trees. Perfect for lunch on the terrace. 📷: @annstreetstudio

Sasha and Malia went on a day trip sans parents on Saturday, heading to L’Isle-sur-la-Sorgue market to explore the antiques and local foods. It was back to family time on Sunday, as the whole crew embraced their inner tourists and spent the day at Palais des Papes, the largest gothic palace in the world. Obama didn’t let us down, allowing his true vacation dad persona to emerge once again, as he took snaps throughout the tour. Here’s hoping he’s still holding onto his Instagram Husband title, as Prince Harry has really been giving him a run for his money as of late.

They didn’t forget about celebrating Father’s Day, as they dined at the Michelin-star restaurant La Mirande on Sunday night, and were reportedly joined by a few friends, per the Daily Mail.

It’s not clear how long the Obamas will be on vacances, but surely they’ll be heading back to the United States at some point relatively soon—after all, it doesn’t look like they’ve made their annual trip to Martha’s Vineyard just yet, which is where the former president really goes into vacation dad mode, complete with bike rides and chino pants. 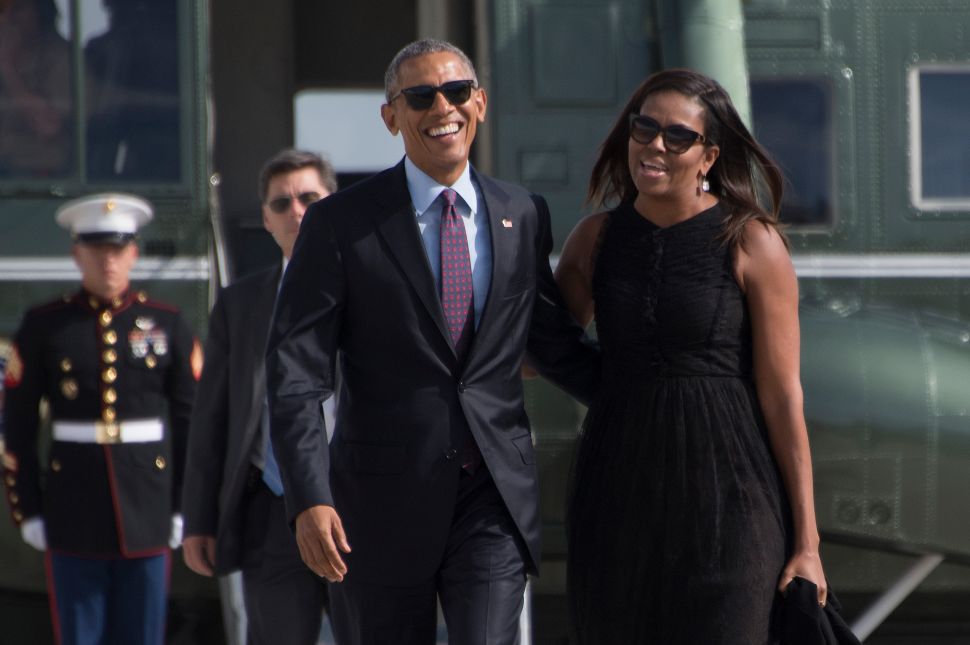