The Obamas aren’t finished with their glamorous European vacation just yet. Former president Barack Obama and Michelle Obama jetted off to France with their daughters, Sasha and Malia, last week, where they stayed in a $62,000 a week villa in the Avignon region of Provence, and now they’ve made their way over to Italy.

The former first family took a private jet from France to Milan, per Vanity Fair, and then headed to Lake Como, where they opted out of accommodations in a fancy hotel. It’s not like they’re missing out on any luxuries, though, as instead, they’re staying at George and Amal Clooney’s abode, Villa Oleandra in Laglio.

SEE ALSO: The Obamas Are Back to Living Their Best Vacation Lives on a Family Trip to Provence

Don’t expect too many sneaky photos of the getaway, as the governor of Laglio imposed a $565 fine for anyone who attempted to get within 300 feet of Villa Oleandra this weekend. Normally, the villa is easy to catch a glimpse of, but additional security measures were put in place due to the Obama family’s visit.

But that didn’t stop a few paparazzi snapping photos of the Clooney-Obama vacation, as there were a few shots of the whole crew living their best boat lives on Lake Como, dressed in formalwear that seemed a little much even for the glitzy Lake Como restaurants. Apparently the two couples were en route to a charity dinner for the Clooney Foundation for Justice, on a double date that dreams are made of. Clooney was the ultimate boat host, making sure to help his wife as well as Michelle and Malia Obama off of the vessel.

The Clooneys are used to hosting famous guests at Villa Oleandra, with past visitors like Cindy Crawford, Brad Pitt, Jennifer Aniston and Matt Damon. And let’s not forget Prince Harry and Meghan Markle, who stayed at the Clooneys’ Lake Como home last summer—they’ve reciprocated with many a dinner at Frogmore Cottage.

Barack and Michelle Obama’s next travel destination isn’t yet known, but surely they’ll spend a little more time in Lake Como before jetting off elsewhere. Perhaps they’ll head to London, where Barack Obama and Prince Harry can rekindle their bromance. 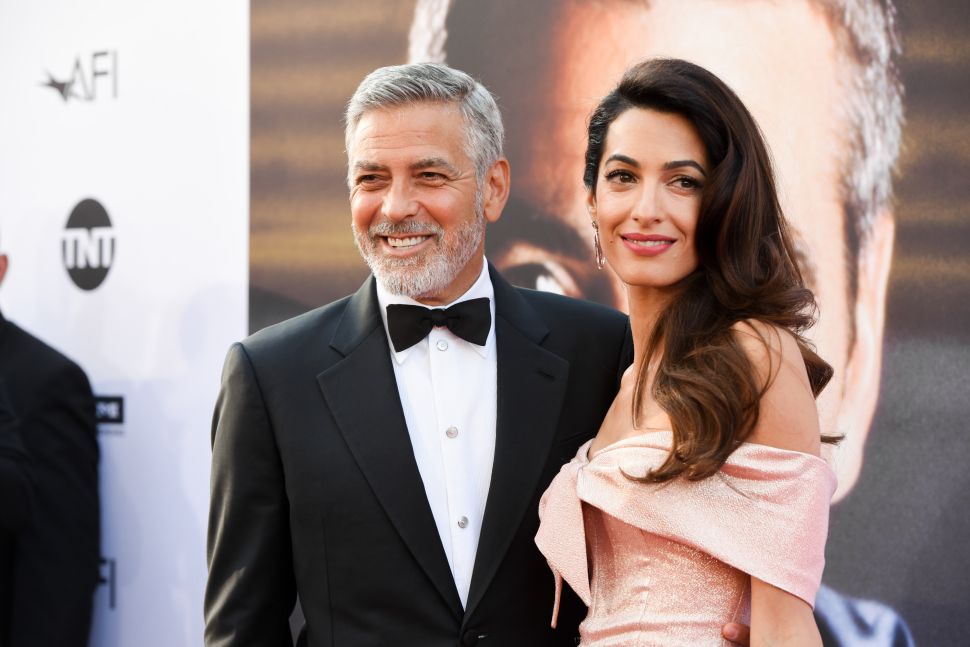