If the mid-2000s and the dawn of the streaming age is defined as Peak TV, then surely we’ve finally entered the Era of Excess on the small screen. Upwards of 500 scripted series are expected to air by the time 2020 arrives, a record that is sure to be broken in the subsequent 12 months. By next year, dedicated TV audiences will be forced to choose between seven major streaming services, in addition to the bulky channel bundles that already clog our airwaves. In short, there’s too much content for any one individual to reasonably keep up.

As such, we’ve escaped the gravitational pull of our couches at this annual midpoint to compile a list of the best television series that 2019 has to offer so far. You’re welcome for this streamlined cheat sheet.

What Barry manages to pull off in its second season is nothing short of a miracle. The story of a hitman who catches the acting bug while on a job in Los Angeles should not be sustainable over multiple seasons. It’s a finite concept and its fish-out-of- potential should fall flat after repeated usage. Yet it doesn’t and the darkly comic and exceedingly personal Barry is painfully addictive, like tonguing a burn on the roof of your mouth.

More so than the gun Bill Hader’s titular character wields, the most dangerous weapon in Barry is belief, blind and all-consuming. Believing something about yourself, no matter how deluded and opaque, does not make it so—a lesson the series executes in gripping fashion throughout its sophomore follow-up. A deserved shout out to Anthony Carrigan, Sarah Goldberg and Henry Winkler for rounding out this cast with consistent excellence and breathing life into its intended messaging.

Season 2 features a deepening of Season 1’s surprisingly emotional themes and a raised ambition of its direction. All together, it is perhaps the very best show on television.

Similar to Barry, following up a breakout rookie sensation with an equally compelling return is a task of herculean proportions. But Killing Eve‘s sexy spy thriller doesn’t assume to match the original’s wow factor with needless flexes. It’s more interested in continuing to funnel a dynamic story.

There’s still the scintillating central connection between Sandra Oh’s savvy MI6 officer, Eve, and Jodie Comer’s delightfully psychopathic assassin, Villanelle. There’s still the high-stakes of life-and-death espionage and murder. And there’s still moments of tremendous levity that nestle in perfectly amid all of the carnage and chaos. But everything in Season 2 feels a bit more solidified, a bit more lived-in. Killing Eve has never lacked for confidence, and while the second batch of episodes may not be quite as sharp as Season 1, they are decidedly more purposeful.

It is our belief that every rankings list should have a curveball thrown in somewhere, albeit a deserving one. At first glance, The Magicians is not the type of series that traditionally earns recognition in these spaces. It’s busy and ridiculous in all the ways critics don’t often enjoy—at one point in the first season, a half-goat half-man deity defecates into a well of magic . And yet, its foundational sexy Harry Potter hook works, thanks to inventive storytelling and clever character conceits that make it all feel genuine.

The fourth season concluded a long-running arc that trenchantly mimicked the rise of fascism, while still delivering the show’s patented verve and attitude. It offers political undertones in its regal plot threads, all packaged in a pitch-perfect and self-aware manner that punctuates its points. Plus, there’s a whole bunch of magical duels, steamy romances and the occasional dragon.

What’s not to love?

Something that keeps coming up in interviews with Phoebe Waller-Bridge is that the writer, creator and star of Fleabag, a two-season wonder which just wrapped up on Amazon, is completely obsessed with rigorous formal structure. Viewers of this incredible show will be forgiven for fixating on the wonderfully human characters who spend their time drinking, yelling and falling in love, but it’s worth noting just how many formal innovations Fleabag makes.

Phoebe Waller-Bridge didn’t invent having a protagonist making witty asides while staring directly into the camera—John Krasinski’s take on Jim in the American version of The Office comes to mind—but she pushes the audience’s interactions with her ribald heroine past the brink of simple familiarity. Viewers of Fleabag are invited into a rambunctious woman’s world, charmed into siding with her and then forced to consider what exactly that means. In Season 2, Fleabag’s love interest (the Hot Priest) susses out that she’s looking away from him to stare at us. In a shocking moment, he follows her gaze and stares directly into the camera, into all of our faces. It’s the most effective moment in television this year so far.

I Think You Should Leave with Tim Robinson (Netflix)

There’s a comedian and writer I deeply enjoy following on Twitter who’s spent a lot of time this year posting videos in which a screaming, bloodied and deranged character pledges his everlasting fealty to potential independent presidential candidate and former Starbucks CEO Howard Schultz. This comedian endorsed I Think You Should Leave by saying the following: “This is meant to be a complement [sic], it’s so dumb. It’s the dumbest thing I have ever seen.” That about sums it up. Tim Robinson’s show is nothing more than a series of brief sketches packaged back-to-back, but they succeed wildly at taking simple premises, like “young women at brunch” and “focus group,” to territory that’s so gloriously stupid it feels like medicine.

Robinson himself makes comic mincemeat out of characters like “a guy who’s too embarrassed to admit that he’s choking in a cool restaurant,” but the ensemble cast shines as well, particularly Kate Berlant as a Garfield-obsessed psycho. It’s nearly impossible to pick a favorite line from the whole show, but we’ll go with Robinson scream-singing, “IT WAS ALSO THE NIGHT THAT THE SKELETONS CAME TO LIFE,” in a bit that parodies the dramatic recording studio scene from the Johnny Cash biopic Walk the Line.

Chernobyl takes a historical disaster that’s as confounding as it is terrifying and translates it into unmissable television. If this sounds like the process by which something complicated is diluted into something palatable, don’t be fooled: the show spends a surprising amount of time explaining the series of minute technological missteps which culminated in the devastating explosion of the toxic nuclear reactor.

If you’re the kind of person who rewinds episodes of your favorite podcast to make sure you didn’t miss a detail, this show is for you. If you like body horror, true crime and opaque bureaus wherein powerful men demonstrate just how fallible they really are, this show is also for you. But ultimately, Chernobyl transcends arcane, nerdy details by laying bare the psychological and physical havoc which was wreaked on the humans who dealt with the fallout. Come for the engineering lesson, stay for the melting flesh. 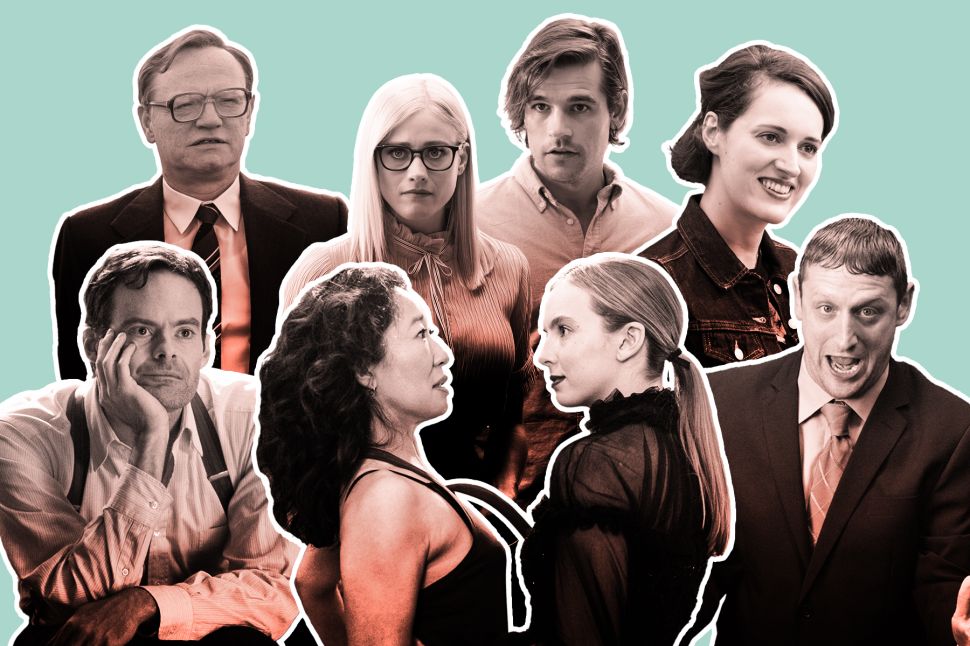