Many bombs dropped in this week’s Big Little Lies. (Note, fans of the Monterey Five: spoilers are as present in this piece as bottles of wine in Madeline’s impeccable home.) After a climactic and Emmy Award-winning first season, new lies have sprung up—but in the most recent episode, “Tell-Tale Hearts,” some of those secrets have not only surfaced but exploded. With five episodes left, these are the burning questions that will propel the rest of the season.

SEE ALSO: What Reese Witherspoon Should Do While She’s in New York City

1. Will Renata still be rich?

Big Little Lies has always balanced the enormously dark with the vapidly funny, and a new, iconic line from Renata (Laura Dern)—“I will not not be rich”—perfectly exemplifies this dichotomy. Renata’s husband Gordon (Jeffrey Nordling) was arrested by the FBI for insider trading, threatening Renata’s success and financial security. Whether or not more secrets will come dumping out, as the FBI confiscated her work computer, is still to be seen.

2. In what way will Jane’s new coworker complicate matters?

Jane (Shailene Woodley) now works at an aquarium, and her new coworker Corey (Douglas Smith) has taken an interest in her. The men on this show have been far from flawless, to say the least, and Corey is already curious about Jane, being the first to dub her one of the “Monterey Five.” Time will tell if this budding relationship leads to a blissful romance or opens old wounds.

3. Will there be a Mary Louise/Madeline showdown?

Few would dare confront Madeline Mackenzie (Reese Witherspoon) or Mary Louise Wright (Meryl Streep). Thrown together, sparks will fly—they already have, and the tension is mounting. Mary Louise dissed Madeline’s height in the first episode; in the second, when asked what emergency took Celeste (Nicole Kidman) out of her house, Madeline quipped, “The kind short people have.” Madeline’s knack for grudges and Mary Louise’s stinging little insults will surely raise hell—or, at the very least, a tidal wave over their oceanfront homes.

One of the biggest secrets from season one erupted in this week’s episode. Abigail (Kathryn Newton), during a spat with her mother, spilled the beans about Madeline’s infidelity. Ed (Adam Scott), naturally, overheard. The episode prior, he ran into Tori (Sarah Sokolovic) in the grocery store, and she was quick to share news of her boob job. Needless to say, Tori, the wife of the man Madeline cheated with, and Ed may soon find something to bond over.

Bearing the brunt of the secret about Perry’s (Alexander Skarsgård) murder, Bonnie (Zoë Kravitz) has been unraveling these past two episodes — it is distancing her from her husband (James Tupper) and friends who are eager to stick to the story that Perry slipped down the stairs. Isolating herself in long walks (that sometimes lead her straight to the police department), Bonnie may not be able to hold onto her guilt much longer. “It’s gonna get us,” she says. “It’s gonna get us all—the lie.” 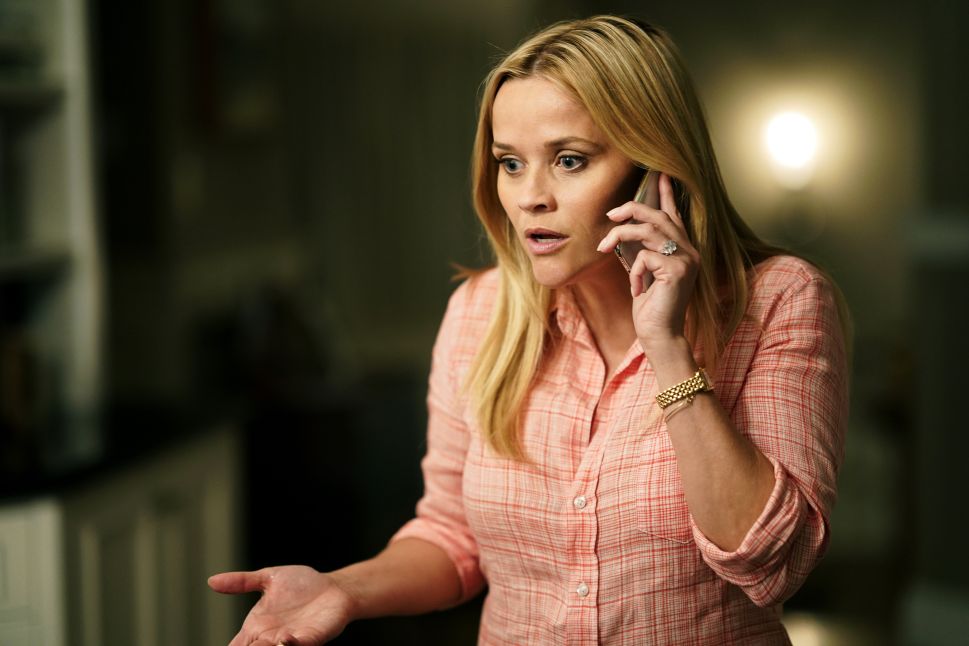