Bill Gates is known as one of Silicon Valley’s most famous figures. Yet, even he admits he’s missed out on trailblazing products due to their trendiness.

One particular area that Gates regrets not tapping into further as the head of Microsoft is a mobile operating system. At the time of their release, smartphones seemed like a gimmicky fad that was sure to taper off at some point. But as the past decade has proved, the introduction of the iPhone in 2007 by Apple, and subsequently the Android operating system, have gone on to make up a major portion of tech’s revenue.

Gates expressed his regret during in a fireside chat with VC firm Global Village.

“The greatest mistake ever is whatever mismanagement I engaged in that caused Microsoft not to be what Android is,” Gates said. “That is, Android is the standard non-Apple phone platform. That was a natural thing for Microsoft to win, and you know it really is winner-take-all. If you’re there with half as many apps or 90 percent as many apps, you’re on your way to complete doom.”

Since the mobile software market is currently dominated by iOS and Android—with Android being the biggest worldwide—Gates believes Microsoft missed the chance to take Android’s place. He went on to say, “There’s room for exactly one non-Apple operating system.”

While these days it’s hard to imagine an alternate universe in which a Windows operating system is splashed across phones, it’s worth remembering that Microsoft did give it a go for a while.

Despite his misgivings, the ship has sailed for Microsoft’s mobile venture, as the company halted its mobile operating system back in 2017. In fact, recent reports claim that update releases for Windows 10 phones will go away by the end of this year. Instead, the company has maintained its focus on PC hardware and software programs, such as the mega popular Office suite.

“If we’d got that one right, we would be the leading company. But, oh well,” Gates concluded. 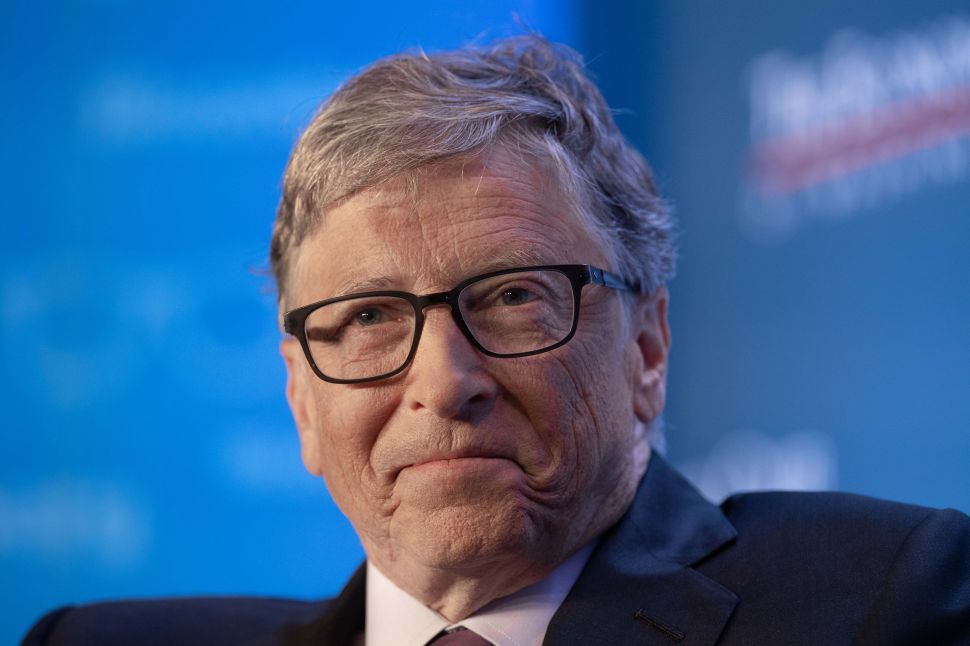