Lovers of sweets who stroll into BonBon, a vibrant Swedish candy store on Allen Street in Manhattan, could find themselves in an altered state of bliss surrounded by bins of Scandinavian candy. As Swedish pop music plays, the store owners, wearing crisp cotton aprons, are most likely wielding a pair of tongs with a “Salty Bomb,” “Pinky Skull,” or “Rambo Twist” in its grasp for customer sampling.

Swedish immigrants Robert Persson, Selim Adira and Leo Schaltz opened BonBon, which carries 160 different kinds of candies, in early 2018. Colorful gummies, sours and jellies in the shapes of lips, Ferraris and monkeys, among others, sell for $14 a pound—as do chocolate confections and marshmallowy treats in pastel colors.

A special bin section is dedicated to black licorice, simply known as licorice in Sweden (waxy, plastic-y “red licorice” doesn’t exist), that might be sweet, soft, spicy or salty.

Shelves flanking a lovely painted portrait of Sweden’s Queen Silvia are stocked with Swedish Marabou chocolate, bags of artisanal Kolsvart candies, as well as treats from neighboring Denmark and Finland, like Fazer Geisha chocolate bars and bags of Tyrkisk Peber,  which translates to “Turkish Pepper,” a sweet, spicy and salty licorice candy.

A pink “ice cream glove” can be purchased for 50 cents and proceeds go to Planned Parenthood. It’s BonBon’s homage to Ali G, the TV character played by Sacha Baron Cohen, who pitched the ice cream glove as a business to Donald Trump years ago and was quickly dismissed.

Before landing in Swedish candy, BonBon’s three founders had already been living in New York City for over a decade. They worked in industries like finance, shipping, night life operations, management for Swedish/Ethiopian restaurateur Marcus Samuelsson’s Aquavit and Red Rooster, and event production at the UN.

On a recent afternoon, as neighborhood regulars popped in and out of the shop, the three Swedes sat down on a bench outside the brightly painted shop underneath a flapping Swedish flag. They explained why they opened a shop selling candy from home, including licorice, a flavor vilified by most in the U.S.

First, did you meet in Sweden or here in New York City?

Robert Persson: Selim and I went to high school together down in Malmö, we met Leo here in New York 10 years ago.

You have varied professional backgrounds, none of which includes candy. Why open a Swedish candy store?

RP: Opening a candy store had been on the plate since we moved to this city. Selim and I had been discussing it, we had the channels back home and then Leo came on board. We found this retail space quickly, which helped the process along.

Selim Adira: Selling candy is just pure fun. I’ve worked in the restaurant world for a long time, people can get very angry if they are waiting for a table, for food. You do everything you can, and they are still not happy. Going over to the candy world, it’s like, whoa! People come in and see the candy, they get happy, you get happy.

Licorice is a staple of Swedish candy and people here tend to hate it. Were you worried opening up a store that sells licorice?

Leo Schaltz: Luckily, we didn’t open a store that just sells licorice. And, in an effort to get Americans excited about licorice, we’ve developed a character called Mr. Licorice who wears a top hat and mask. We have a little tasting platter starting with a very mild licorice that’s embedded in caramel and milk chocolate and then progress towards the harder stuff.

RP: It becomes almost a challenge, how can we convert? The chocolate blended licorices are what we call the gateway drug.

SA: We have turned a lot of people who come into our store from being non-licorice lovers, to adoring it and coming back.

I love licorice, but I’ve given Finnish licorice candy to friends here and they spit it out right in front of me.

LS: We get that too, we are prepared for that every time we feed licorice to people. I almost haven’t had anyone not like our licorice ice cream though.

SA: We did our due diligence, we talked to candy companies back in Sweden and heard how Americans don’t like it. But we didn’t hesitate, we wanted to be an authentic Swedish, Scandinavian store. Without licorice…

RP: We’re not trying to hide it either, we’re so proud of it! We almost think you’re weird if you don’t like licorice, it’s just so normal to us.

Retail is expensive, why open a brick and mortar shop versus just e-commerce?

LS: We do have e-commerce, about 15 to 20 percent of sales is online, from our website or through Postmates, Grubhub and Uber Eats. But it’s important to build a proper retail identity. In order for the store to be sustainable, we have to create an experience, make it a destination that’s Instagram-friendly and worth peoples’ while.

RP: We were well aware of the retail decline going into this, but what I’ve noticed is that people always associate a candy shop with a positive moment—your grandfather would bring you there as a reward for something. It’s positive as opposed to going into a shop and buying a shirt, “Oh, it doesn’t fit.”

I don’t have exact numbers, but I want to say the conversion rate of buying customers is in the 90 percent. It’s very rare for a person come in and say, “I’m just looking.” No, no, no, you’re getting a bag of candy, for sure! [laughs]

LS: About 50 percent are Scandinavian, majority Swedes; the rest are Finns, Danes and Norwegians. The remaining 50 percent are Americans or tourists from other countries. We do benefit from the 10 hotels in a three block radius.

LS: They are actual super models, you don’t have to [makes air quotes].

RP: OK, they are big Victoria’s Secret super models, and all they eat is candy!

How do your customers find BonBon, do you advertise?

LS: Foot traffic and organic word of mouth. On the B2B side, we do active outreach ourselves. We’re firm believers in the barter system, we go around to the hotels and drop off sample packages; they send tourists from their restaurants to the store. We also hired a good PR person, Lauren [Monroe].

How has business been?

LS: We order about three tons of candy every six or seven weeks. We burn through some serious candy.

RP: I think one of the reasons for our success is because when we talk about the candy with customers, it’s not a sales pitch.

SA: We are selling something that we grew up with, that we’re passionate about and we love. Which makes such a difference in how you sell it.

Besides the obvious product, how has being an immigrant from Sweden shaped your business?

LS: Being from Sweden, we’re usually a little more standoffish, but we’ve really taken the U.S.’ extreme attention to customer service—anything can be solved—to heart. So we make sure that the customer is alright, but we’re not being intimidating or annoying.

SA: Having a mix of different cultures gives a lot of different perspectives and energy when it comes to business. I was born and raised in Sweden, however my parents are Moroccan; they immigrated to Sweden in the late ’60s.

New York City used to have a large Scandinavian immigrant population, now it’s tiny. Do you ever have to explain Sweden to customers? 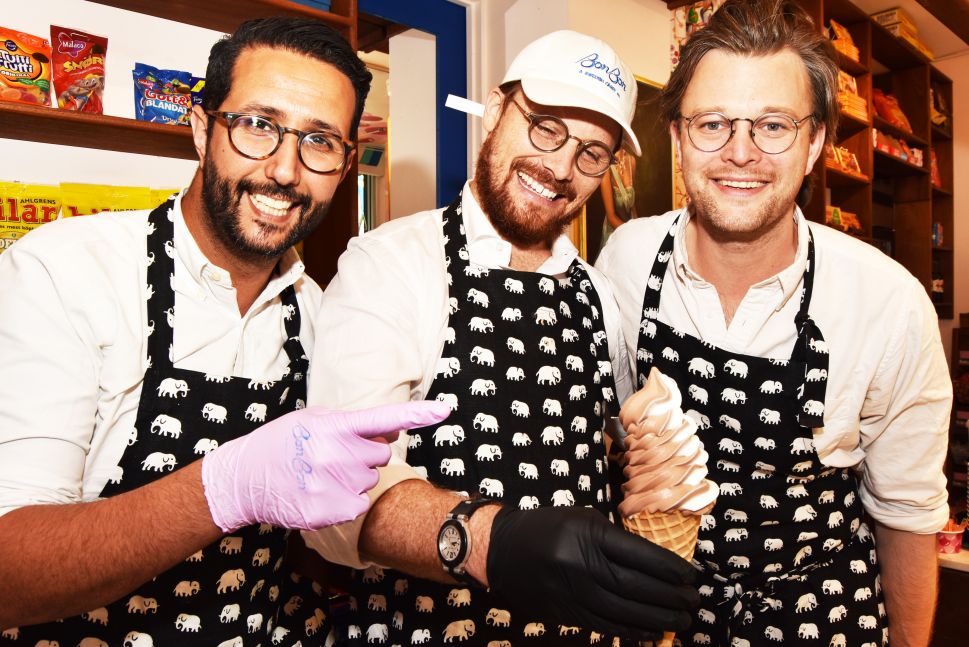