We’re nearly halfway through 2019, which makes now the perfect stop-and-catch-your-breath moment to survey the current cinematic landscape. What are the Hollywood trends that are dominating this year in film? Which studios are off to a commanding lead and who is struggling to keep up? Is there any place for originality in modern Hollywood? These are all difficult questions without simple answers. But by reviewing the 10 biggest box office openings of the year so far, we can get an idea of where the Hollywood winds are blowing.

Unsurprisingly, the top 10 is dominated by franchises and known commodities.

We’re in the thick of arguably the greatest summer blockbuster movie season in recent history, so this list is bound to change before the end of the year. But at this moment, there are some clear insights that can be gleaned from the top contenders.

For starters, the list includes just one standalone original—Jordan Peele’s Us. John Wick: Chapter 3 is the second sequel to an original idea and the rest of the entries are based on preexisting intellectual property. Of the 10, four are sequels, two are remakes, and three are tied to major banners Marvel, DC and Pokémon. We can champion smaller fare like Booksmart until we’re blue in the face, but until audiences start putting their money where their mouths are, we can’t complain about Hollywood’s reluctance to fund originals.

Also, eight of the films required extensive special effects and computer-generated imagery, while you could safely classify all of them as science-fiction or fantasy. The last time a non-sequel film not based on a pre-existing property led a yearly box office gross was Avatar, in 2009. We’ve come a long, long way from the time when a straightforward and adult-skewing drama like Rain Man could claim the top spot, as in 1988’s worldwide box office race.

Disney leads the major studios this year with four entries on the list (Endgame, Captain Marvel, Aladdin and Dumbo), a total that will likely grow with the looming releases of The Lion King, Frozen 2 and Star Wars: The Rise of Skywalker later this year. Warner Bros. is close behind with three entries (Detective Pikachu, Shazam! and Godzilla) and is expecting big things from September’s It: Chapter II. Rounding out the top three is Universal Pictures with two hits (Us and How to Train Your Dragon 3) and another one likely in the pipeline with August’s Fast and Furious spinoff Hobbs and Shaw. Over the last decade, these three studios have typically found themselves atop the domestic box office ranking.

So, kids, if you want to get into the moviemaking business, all you apparently need to do is fund spectacle-driven franchises with ties to beloved material and you’re golden. 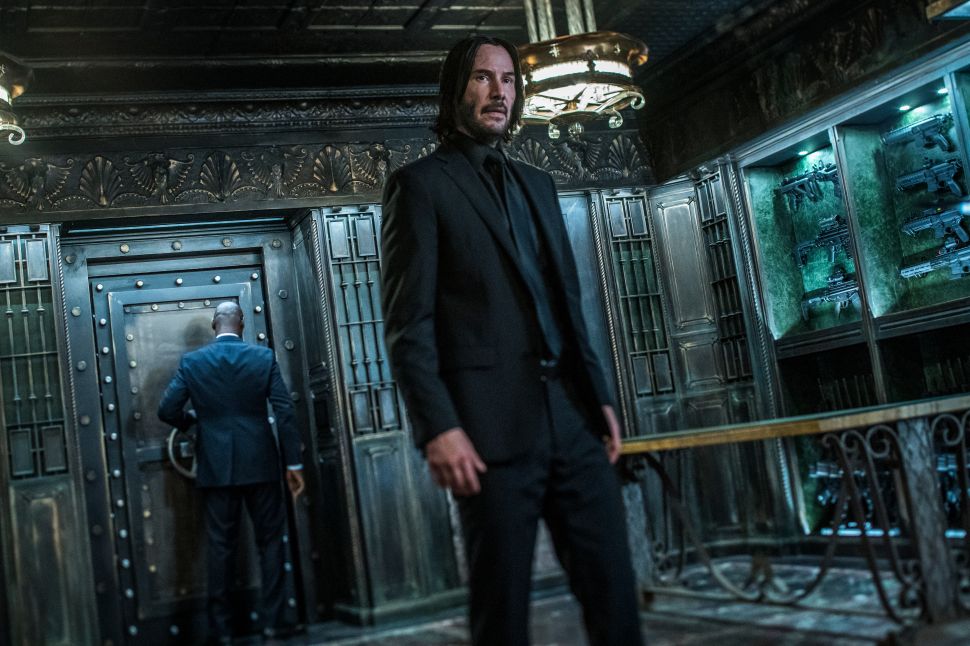