A Breaking Bad movie following Jesse Pinkman (Aaron Paul) that takes place after the events of the main series is currently in the works at AMC. But the big question on every fan’s mind is whether or not the infamous Walter White (Bryan Cranston) will appear in the feature. Based on Cranston’s comments, we’re leaning towards yes.

Ahead of the Tony Awards on Sunday night, Cranston spoke to Entertainment Tonight where he said he might “pop up” in the movie. “Well, rigor mortis has a way of allowing that to happen,” the actor deadpanned. He later said that Walt could show up in a “flashback or a flash forward,” though we know the latter might be difficult given the series finale.

Still, Cranston has consistently expressed interest in reprising his role as “Heisenberg” (White’s alias), whether it be in a cameo on the prequel series Better Call Saul or in this upcoming movie.

“There appears to be a movie version of Breaking Bad, but I honestly have not even read the script…I have not gotten the script…” Cranston said on The Dan Patrick Show in November. “So there’s question of whether or not we will even see Walter White in this movie.”

Around the same time, The Hollywood Reporter claimed Cranston had indeed been cast in the film in a mystery capacity. Following all of the breadcrumbs, it appears as if he’s involved in some way. At the very least, he clearly wants to be.

“I would, I would. Absolutely. If Vince Gilligan asked me to do it, sure, absolutely. He’s a genius, and it’s a great story,” Cranston told Patrick. “And there’s a lot of people who felt that they wanted to see some kind of completion to some of these storylines that were left open.”

The TV movie, which may or may not be released on Netflix in conjunction with AMC, will pick up with Jesse Pinkman after he has escaped Albuquerque, New Mexico. What kind of life awaits the beloved character after his time as a prisoner cooking meth for white supremacists remains to be seen. 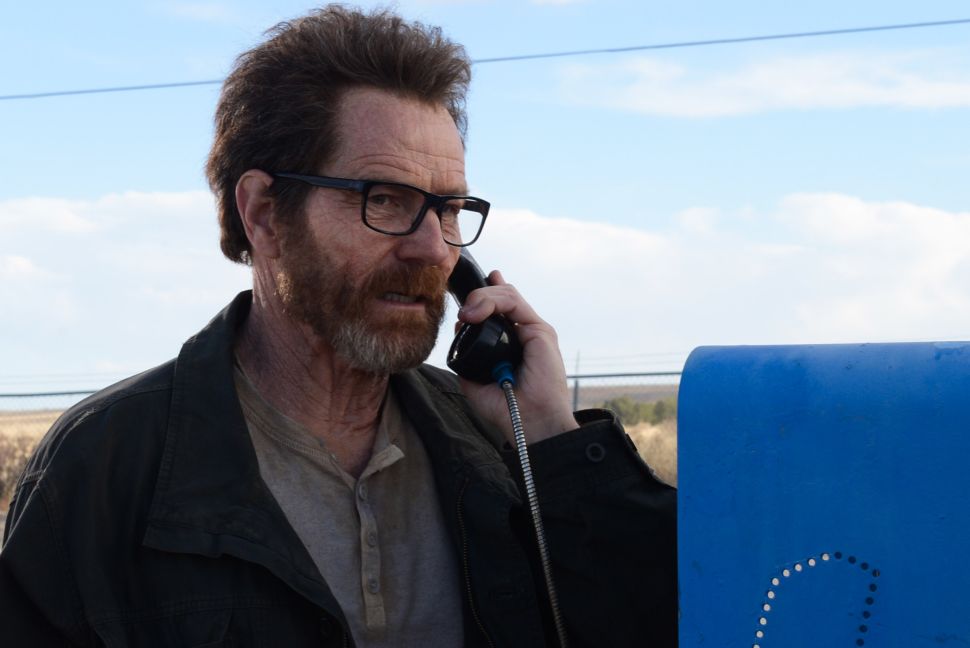