Traditional movie stars are dead. In an era in which the name of the franchise has far outpaced the value and importance of the name above the marquee, it’s much better to be a performer who can seamlessly fit in while undeniably standing out. Brian Tyree Henry is that new kind of a star—a leading character actor that better reflects the eclectic entertainment landscape of today. He saunters into frame with swagger and charisma yet a creeping vulnerability in Atlanta. He unfolds himself like reverse-engineered origami in one soul-bearing scene in If Beale Street Could Talk. He exudes rage and fury as an ambitious gangster in Widows. Everywhere you look, he’s doing something memorable, something that turns a small part into a highlight and a big part into a support beam.

That’s where he finds himself again in Friday’s surprisingly entertaining Child’s Play remake—adjacent to the center of attention but not overshadowing his co-stars. It’s a sweet spot Henry continues to find himself as he hops from major project to major project. The rising star recently chatted with Observer about how he became involved in Child’s Play—which quickly won over this non-horror fan with an abundance of laughs and some thoughtful frights—what the future holds for his career and what his fans might be surprised to learn about him.

Observer: There is a fine line between horror and comedy, a line Child’s Play toes extremely well. What was it like for you working in this genre and how was it similar or different from your previous work?
Henry: I’ve always been a huge fan of the horror genre. It is, for me, one of the places to go to find really good comedy, really good drama and really good acting at the same time. I remember seeing the original Child’s Play when I was young. It was 1988, I remember it coming out in theaters and my family taking me to see it. And I remember this was also round the time that My Buddy dolls were out. Everyone wanted one of these dolls, it was like a craze. After this movie came out, everyone threw these dolls away. I think the sales went down real quickly. And I remember thinking, ‘Wow, a horror movie is so powerful that it can literally change people’s perspective on what they want to get their children and how they consume.’ To me, that was a really great power.

Chucky has gone down in the pantheon as one of the greatest horror characters ever and it’s a doll. I think what was really cool about what we’re doing with this new one is that, instead of it being like a serial killer that’s put into a doll and it starts evil, our version, basically, starts from the most innocent of places. It’s about a doll who really is programmed to be the best friend to the person that purchases it. I thought that was a very clever storytelling technique to make it about friendship.

And it’s another thing about consumerism. Sometimes, the things you consume end up consuming you.

What was it like working with a robotic doll on set and how was it seeing it materialize into something horrific onscreen?
It’s absolutely terrifying. I really like what our director Lars [Klevberg] did with this. He kind of did a send up and an homage to the old 1980s horror. Instead of us using CGI, we really used animatronic dolls, there were really puppeteers there and the dolls’ faces could move and contort and blink and all these things. I thought that was really cool because the kids in this movie were all born after like 2000, so they have no concept whatsoever of Child’s Play, nor are they scared by stuff like that. Generation Z is really hard to scare. They have everything at their fingertips and what I like about what this movie did was it brought it into the modern world and tried to figure out how to connect to this generation.

It also showed that they could get out of their own way with this technology and actually forge friendships, real friendships with each other. To me, it’s a bit like E.T.—that form where the alien and this young boy become friends. It harnesses that ’80s feel. It also reminded me of The Goonies. It’s an homage to things that came before because it is a reboot but it’s not just a reboot. It’s a retelling of the story because this story now is truly about friendship.

You’ve said previously you’re a huge horror fan. Let’s say you were elected president of Hollywood tomorrow, what horror film would you remake?
Night of the Living Dead. When it comes to the zombie genre, it’s always terrifying because all zombie epidemics are man-made. There’s something we did that caused this to happen. I really, really would like to see it remade because it’s such a good story and it holds up today.

OK, I’ll run your president of Hollywood campaign, you’ll get elected, we’ll make this happen.
[Laughs] I mean, as long as you do all the campaign posters, man, we’re good.

Atlanta does a great job of showing the different facets of character life you mentioned. But it has also become this major launching pad for stars between yourself, Donald Glover, Lakeith Stanfield and Zazie Beetz. Does that make it more difficult for the show to have longevity?
It makes it harder for our schedules to link, that’s for sure. But at the end of the day, our heart soul is with this show. We all truly love this and this world we created with Atlanta. Sometimes, you just gotta wait for the timing to be right, for it all to link up. But please believe when it does happen, we’re going in full-toe boogie. It’s definitely coming.

Your character Alfred has a very ambivalent view of fame. Would you say it’s similar to your own?
What I realized about having an ambivalent view of fame is that it doesn’t really matter because fame doesn’t have an ambivalent view of you. Regardless of how many people feel like they own you, people kind of rely on you sometimes to shine a light on their situation and to tell their stories when they can’t. So regardless of how ambivalent he may feel, he has to realize that he still is part of that machine, he’s still a part of that cog, and it’s all about protecting his heart, which I think he realizes.

And me myself too, even traversing it myself, I’m realizing that there’s some parts that I have to hold really near and dear to me, that I can’t share with everyone else, but there also has to be that protection. I feel, like you have to create a place of protection, among the fans, and among the people who enjoy what you do, because in that protection, it will allow you to do more and grow more, and I think that that’s something that Alfred’s gonna have to learn. Maybe even the hard way. Let’s hope he doesn’t have to be in the woods to have that happen again.

What’s one thing your fans would be surprised to learn about you?
This whole year, these past few years of my career are nothing I ever expected. I’m a true geek. Like, I’m a true nerd of TV and film and cinema and storytelling. I always have been, since I was a kid. I have this saying about like what would I want to put up in my locker when I was fifteen, sixteen years old? The locker was your personal, private space and you would put the things that inspire you in there. I just take a moment to step back and look at all the things that I’ve done and almost everything that I’ve done would’ve been up in my locker. And I want to continue to keep adding things like that yo my locker, to keep going and finding those inspirations and keeping me linked back to my nerd-dom and keeping me a fan of what I do because it just keeps me growing and keeps me the nerd that I truly am. 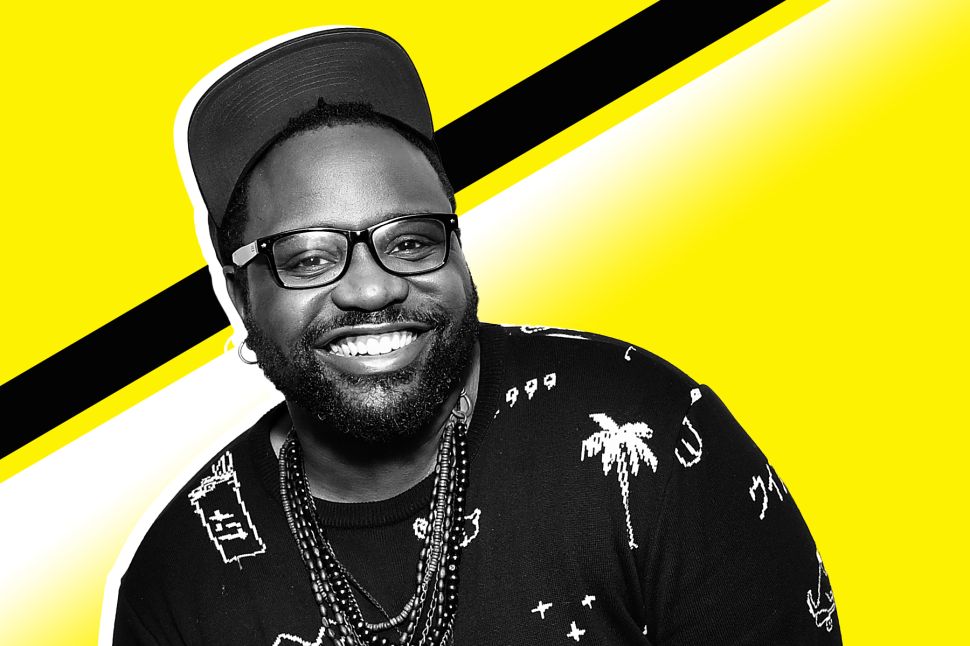