A crucial element to what makes dating apps great is that the space they occupy is insubstantial; they’re simply services on your phone to be accessed or not accessed at your leisure. Unfortunately, it appears that the dating app Bumble has elected to scrap this winning formula. On Tuesday, Bumble announced that this fall, the company will open a permanent physical space in SoHo called Bumble Brew, which is a cafe and wine bar that will morph throughout the day to accommodate different kinds of meetings.

Although there’s nothing strictly wrong with a new multi-purpose restaurant space, there’s something quasi-dystopian about a dating app company establishing itself as a permanent neighborhood fixture in New York City. Manhattan denizens might remember that SoHo rent skyrocketed during the recession, creating a subsequent retail gully when product sales in the neighborhood didn’t come close to matching the price of real estate. Now, it seems, we’re in a post-flagship store world where pop-up shops reign supreme.

Indeed, what apparently motivated Bumble to plant a flag in SoHo was the success of a pop-up it threw two years ago called Hive, which offered women-centric seminars and refreshments to apparently eager attendees. “Our users want experiences; we know that from our data,” Bumble’s chief of staff Caroline Ellis Roche told Bloomberg News.

One experience visitors apparently shouldn’t expect at Bumble Brew is the taste of a cheap, cold beer. “We want you to come drink wine, but we don’t physically have room for people to stand around,” Grant Reynolds, Bumble Brew’s wine list curator, told Bloomberg. “It’s economically not conducive for restaurants to let people drop in at the bar and not spend a certain amount of money.” If sitting at a SoHo dating app-sponsored bar with only 70 seats sounds like a great time to you, by all means go forth: Reynolds also confirmed that you can expect to spend between $12 to $16 on a single glass of wine. 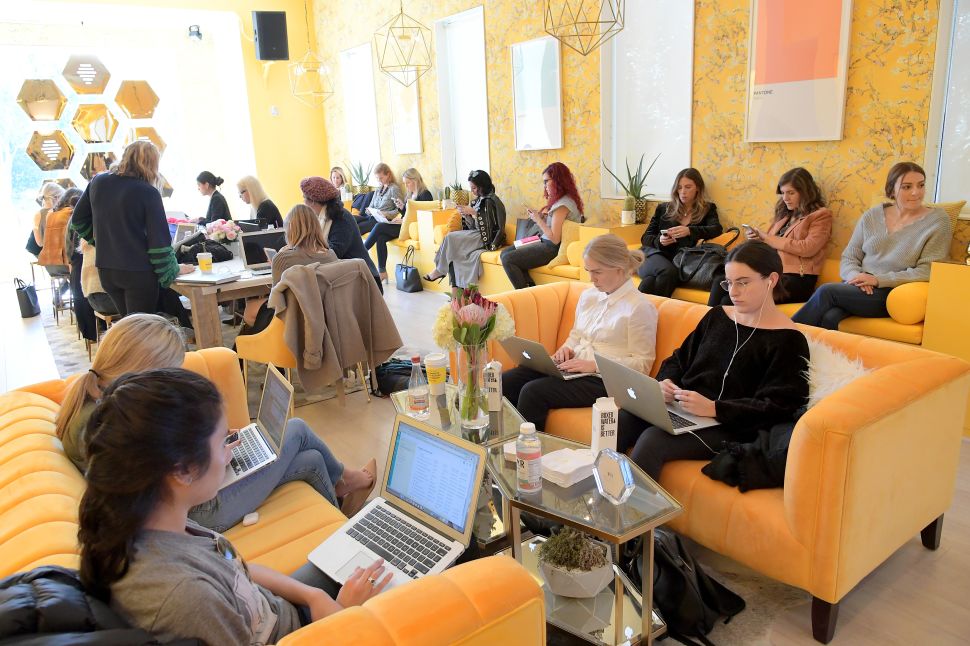