Just five years ago, BuzzFeed was hailed by media insiders and onlookers alike as the future of digital journalism with its unique business model that runs attention-sucking quizzes and “listicles,” and serious news content in parallel, creating a sort of balance between profitability and quality content that many traditional news organizations were struggling to achieve.

That model seemed to fare well for the fast-growing publication—until it didn’t. In January of this year, BuzzFeed eliminated dozens of editorial positions in the BuzzFeed News division amid an across-the-board downsizing that cut 15 percent of its staff.

“I’m so proud of what our team accomplished over the last year… Unfortunately, revenue growth by itself isn’t enough to be successful in the long run,” BuzzFeed’s founder and CEO John Peretti told employees when announcing the layoff.

However, revenue from the company’s news content was growing at an excellent speed. In 2018, BuzzFeed News netted $80 million in advertising profit just from four major distribution platforms, Peretti revealed during a new interview with BBC’s Newsnight this week.

Not naming specific platforms, Peretti said that figure represented a 12 times profit increase over a five-year period. “So it’s growing very quickly. But it’s still not enough to sustain the ambition we have for our news team and the content we want to make.”

“It’s true that news is a harder business than entertainment or lifestyle media,” Peretti confessed. “We see a lot of profits in things like lists and quizzes on the BuzzFeed website and Tasty, which is our food brand. News is where getting sustainability is harder because it costs a lot to invest to do quality journalism.”

And BuzzFeed evidently made its investment in serious journalism too heavily and too hastily, Peretti figures in retrospect, especially considering what has happened to its key distribution channels, primarily Facebook and Google, in recent years.

“We got a little ahead of ourselves. We invested [too much before] the platforms were really ready for that,” he said.

But he’s seeing hope. “It’s starting to happen. I think the platforms are realizing that if they just have user-generated content, fake news, anything that anyone can upload, they are gonna have a lot of problems,” Peretti said. “And they are seeing those problems.”

BuzzFeed still has about a hundred journalists around the world, but its “national” news desk, which focused on producing in-depth features on national trends, has largely ceased to exist due to the downsizing. 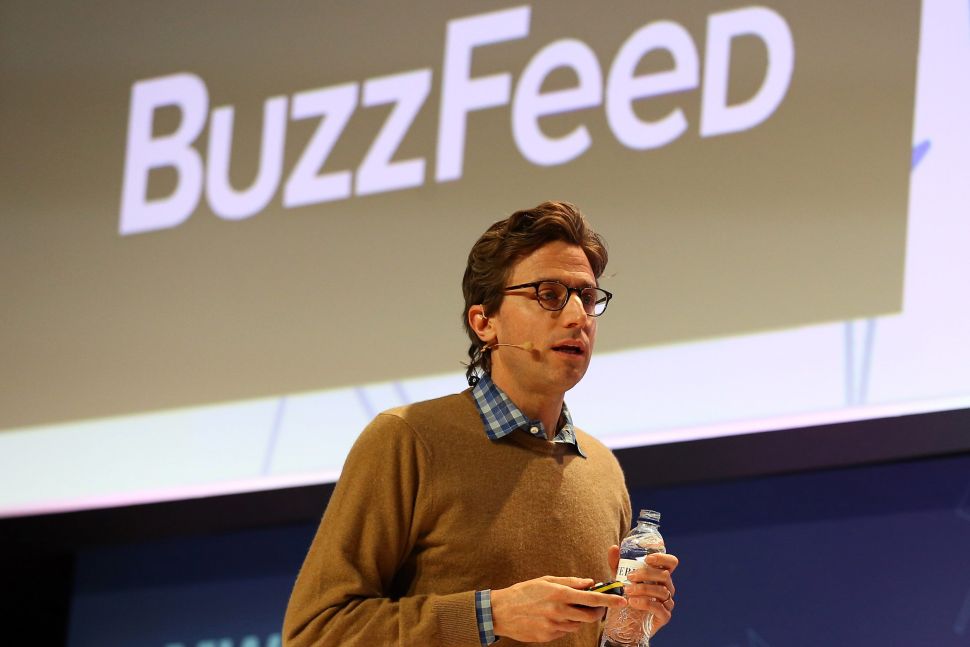