A singer-songwriter by the name of Heidi Merrill was apparently gobsmacked when she tuned into Sunday Night Football on NBC last September and was confronted with footage of former American Idol star Carrie Underwood belting out an up-tempo rock song called “Game On,” which features lyrics that are about as flatly rousing and demonstrably inoffensive as one might expect from this type of content. “Everybody’s ready for the party / everywhere coast to coast / come on we’re just getting started / been waiting all day let’s go,” Underwood warbles with her universally appealing twang.

The problem, Merrill says, is that she wrote and submitted “Game On” to Mark Bright, Underwood’s producer, in 2017, but was told that the singer’s camp had ultimately passed on the ditty. Now, she’s suing Underwood, Bright, the NFL and NBC for copyright infringement and is seeking an unspecified amount in damages.

The phenomenon of music plagiarism has a long and fascinating legal history; lesser-known songwriters have been slapping bigger stars with accusations of ripping off their work essentially since time immemorial. However, given the often-ephemeral nature of artistic attribution, the case ends up being that grift is endlessly difficult to prove.

More often than not, these cases are settled out of court, but in certain instances, the non-superstars involved in these battles have actually emerged victorious. In 1978, Brazilian musician Jorge Ben Jor successfully sued pop star Rod Stewart for lifting the hook of his song “Taj Mahal” for the latter’s smash hit “Do Ya Think I’m Sexy?”

The case (predictably) was settled out of court, but Stewart later more or less admitted to the theft outright. “I held my hand up straight away,” Stewart insisted in his 2012 autobiography. “Not that I’d stood in the studio and said, ‘Here, I know we’ll use that tune from ‘Taj Mahal’ as the chorus. The writer lives in Brazil, so he’ll never find out.’ Clearly the melody had lodged itself in my memory and then resurfaced. Unconscious plagiarism, plain and simple.” Sure, dude.

What’s unintentionally funny about Merrill’s suit against Underwood is that both of the “Game On” songs are so relentlessly bland, it’s truly difficult to tell the difference between them, even though the lyrics have changed somewhat. Put another way, because both songs are such palatable remixes of every stadium-stomp anthem that’s ever been written, Merrill might actually have a case. 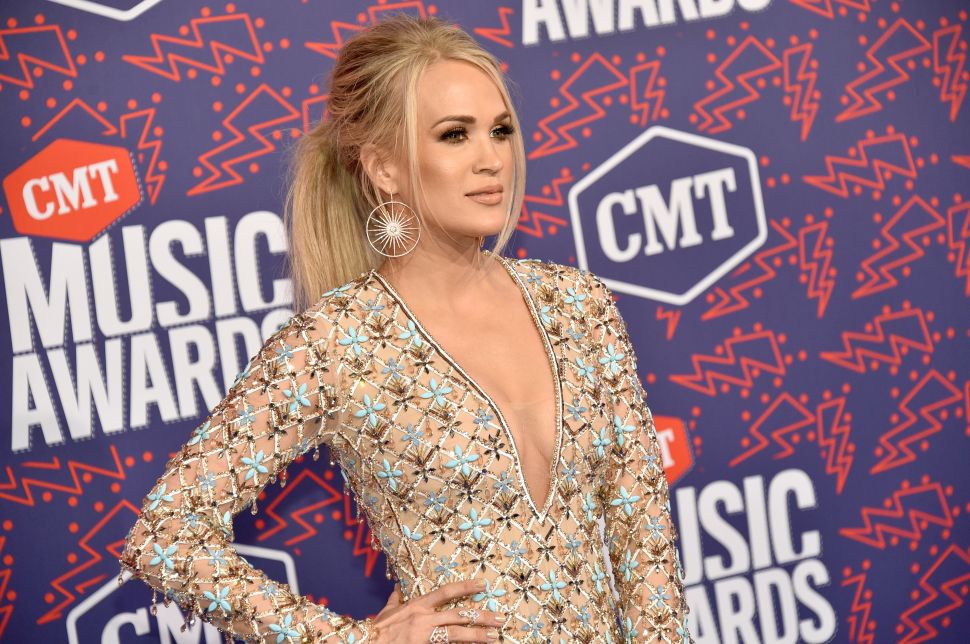