As the anti-Beijing protest in Hong Kong took a violent turn on Wednesday, privacy-focused messaging app Telegram, a communication tool widely used among protestors, noticed a massive cyberattack that paralyzed normal messaging functions. And the app’s founder said the hack was coming from mainland China, whose government stands at the center of this large-scale demonstration.

On Wednesday, Telegram’s official Twitter account said its servers were experiencing a powerful “distributed denial of service attack” (DDoS)—meaning that servers get such a large number of scam messaging requests that they stop processing legitimate requests.

“Imagine that an army of lemmings just jumped the queue at McDonald’s in front of you—and each is ordering a whopper,” the company explained in a follow-up tweet. “The server is busy telling the whopper lemmings they came to the wrong place—but there are so many of them that the server can’t even see you to try and take your order.”

We’re currently experiencing a powerful DDoS attack, Telegram users in the Americas and some users from other countries may experience connection issues.

Telegram’s founder and CEO Pavel Durov said most of the scam traffic came from China. In fact, the messaging app experienced a similar cyberattack back in 2014 during the Hong Kong Umbrella Movement, a months-long protest against a policy reform of the Hong Kong electoral system ordered by Beijing. (The reform called for Beijing’s pre-screening of candidates for the leader of Hong Kong.)

“Historically, all state actor-sized DDoS we experienced coincided in time with protests in Hong Kong (coordinated on Telegram). This case was not an exception,” Durov tweeted late Wednesday.

IP addresses coming mostly from China. Historically, all state actor-sized DDoS (200-400 Gb/s of junk) we experienced coincided in time with protests in Hong Kong (coordinated on @telegram). This case was not an exception.

Telegram uses two layers of encryption on all messages going through its platform, allowing users to remain anonymous and untraceable by third parties.

Because private messages and social media posts are strictly monitored and censored on WeChat, the dominant Chinese messaging app, by authorities in such times, people in the region have been using Telegram to avoid surveillance and possibly arrests. CNN correspondents in Hong Kong reported that protest-related chat groups on the messaging app range from hundreds to tens of thousands in size.

Telegram says it has 200 million users globally. The last time it made headlines was in March when Durov said the app got three million new sign-ups in 24 hours during an outage of Facebook’s Messenger app.

Telegram was also used by protestors during an anti-government demonstration in Iran last year.

But its privacy feature can be a double-edged sword. In 2017, Telegram came under fire for being the preferred communication tool of terrorists in Indonesia. Before that, it was also used by ISIS to broadcast news about its activities and teach people how to make bombs. 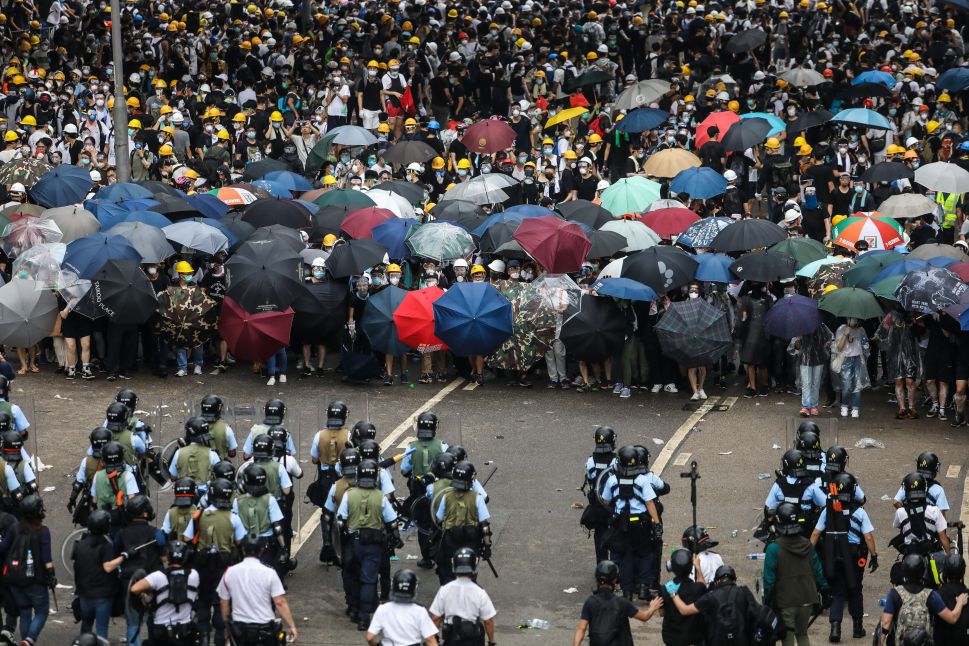