Don’t mention Bitcoin to Warren Buffett. The 88-year-old investing guru is flat-out against the cryptocurrency, having called it “a scam,” “a mirage” and “rat poison squared,” among other things. But without a choice, the Berkshire Hathaway chief is about to have lunch with not one, but eight, young cryptocurrency entrepreneurs.

Last weekend, the annual “Warren Buffett Power Lunch” was sold for a record $4.6 million in an eBay auction. It was just revealed that the winner of the charity lunch was a 28-year-old Chinese blockchain entrepreneur named Justin Sun, who is the founder of cryptocurrency Tron and San Francisco-based file-sharing company BitTorrent.

Per the guest rule of the “Power Lunch,” Sun is allowed to bring up to seven friends to join the meal with Buffett in New York. He said he would extend this opportunity to other cryptocurrency industry leaders. So far, he’s invited the founders of Ethereum and LiteCoin, and Binance CEO Changpeng Zhao (who has declined to attend).

According to his LinkedIn profile, Sun jump-started his entrepreneur career with the success of a Chinese voice live-streaming startup called Callme (Peiwo) and forayed into the crypto world by serving as the chief China representative for Ripple Labs from 2013 to 2016. He is also a protégé of Alibaba founder Jack Ma.

In his announcement of the winning bid this week, Sun said he’s a big fan of Buffett and his “long-term value investing strategy,” and he would try to convince Buffett that Bitcoin—as well as other emerging blockchain ventures—are a perfect fit for his investment criteria.

“The long-term value investment strategy and cryptocurrency, in my eyes, are one and the same,” Sun wrote in an open letter to the cryptocurrency community. “We in the community know we have a long road ahead of us to educate the mainstream on blockchain’s value and proper use cases.”

That said, Sun admits that he probably he won’t change Buffett’s stance on cryptocurrencies in a three-hour lunch, he told CNBC’s Squawk Box on Tuesday, but he wants to show him “how much progress we’ve made” and “want him to learn what the younger generations are doing.”

In a statement to the press, Warren said he looks forward to the lunch. “I’m delighted with the fact that Justin has won the lunch and am looking forward to meeting him and his friends. We are going to have a good time, and Glide will use his contribution to help many thousands of people.”

All proceeds from the charity auction will go to the Glide Memorial Church in San Francisco to help the homeless and impoverished in the area. 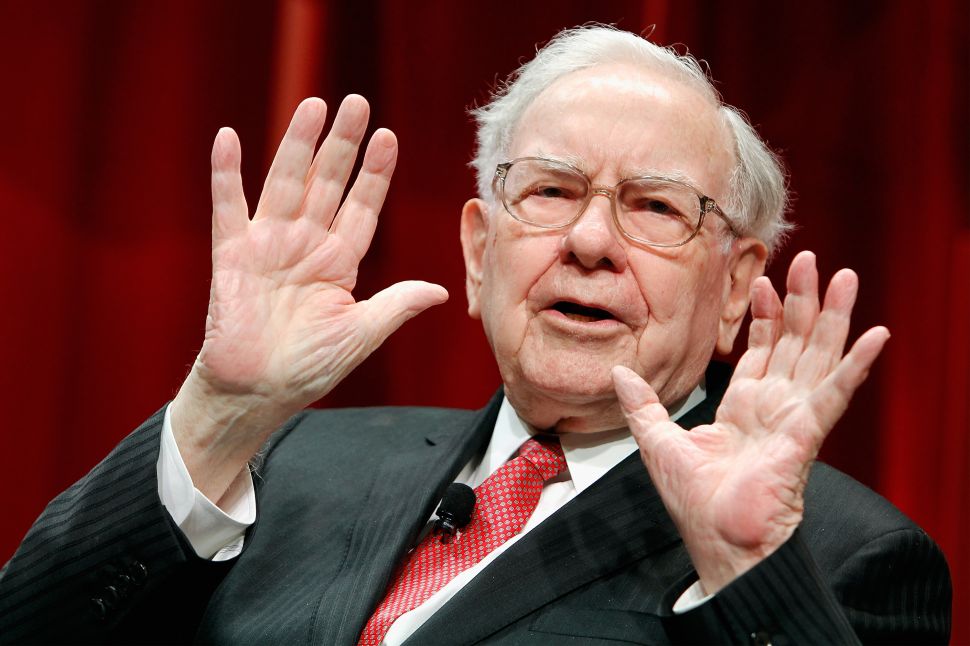