“Coming of age” is rarely a pleasant process when experienced in real time. But when filtered through retrospection and expressed in well-crafted music, that passage into adulthood can shine with an almost unbearable beauty.

Two otherwise unrelated short music theater performances last week had in common a knack for getting those tears of nostalgia and empathy flowing: Chunky in Heat at Experiments In Opera and As One presented by New York City Opera.

Chunky’s basic subject matter is familiar-sounding stuff: a privileged teen girl struggles with sexuality, body image and a tragically wacky family of origin. Author A.M. Homes’s libretto judders between melodrama and farce with a couple of excursions into the surreal.

Near Chunky’s swimming pool stands a Wi-Fi-enabled palm tree that comments portentously on the stage action, and the heroine has a late-night encounter with a feral coyote in a scene so unlikely it seems not even the performers quite believe it’s happening.

Chunky’s trigger-laden saga is revealed in a jumble of brief scenes like a biography told in selfies. Enhancing the splintered effect, the score is composed by a gaggle of musicians working in relay: Jason Cady, Paula Matthusen, Erin Rogers, Aaron Siegel, Shelley Washington and Matthew Welch.

And yet the 70-minute opera feels remarkably unified. I don’t know if the composition committee was clairvoyant or if they simply had an excellent editor, but the result is perhaps the strongest modern opera I’ve heard since David T. Little’s Dog Days.

The chamber ensemble Contemporaneous plays in a laid-back style suggestive of cool jazz, though the ambiance created is quite the opposite of dolce far niente.

Everything about this production is so uniformly superb it’s hard to single out an individual for praise. But Sarah Daniels was so suited to Chunky it’s almost impossible to imagine her in any other role. Her crisp musical theater soprano and spot-on body language (fleet, yet gawky) were so convincing that at times the piece felt more like reality television than an opera. I wanted to turn my eyes away so the character could have a little privacy while she processed her pain.

When I last encountered As One five years ago, I found the piece, a sort of journal of a transgender woman, enchanting. Since then we’ve blessedly had the opportunity to hear many more transgender people’s stories, and so NYCO’s revival at Merkin Hall, lacking its previous novelty, felt a little sentimental and schematic.

The libretto hits all the bases of a coming out story maybe just a bit too neatly, and this time around, the chamber-orchestra score by Laura Kaminsky sounded overly earnest, as if the composer was trying too hard to make her music likable.

That said, it’s still a lovely piece with more truth in its 70 minutes than a lot of operas have in three hours. Sharing the “role” of the protagonist Hannah between two singers (a baritone “before” and a mezzo “after”) is a conceptual coup, particularly with the engaging singers I heard Saturday night, Jorell Williams and Briana Elyse Hunter.

Matt Gray’s direction dealt mostly in cliché: that image of two aspects of a personality on opposite sides of an empty mirror frame really should have been buried along with Maurice Maeterlinck. Less predictable and more engaging might be a production in the edgy, teeth-grinding style Alison Moritz brought to Chunky in Heat.

For all their differences, these two works share qualities that I think are key to taking opera further into the 21st century: nonstandard dramatic ideas, audience-friendly music and above all, intimacy. Both these operas made me feel like the creators were entrusting me with their deepest secrets. 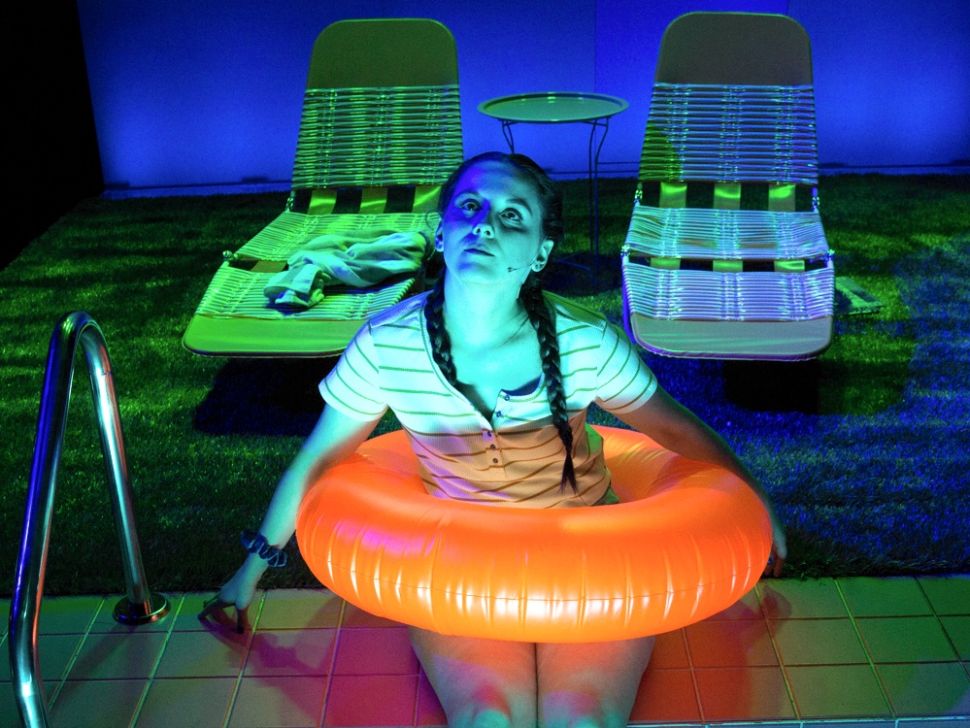