In April, without much attention, the House and Senate took critical action to address the rise in teenage smoking. Forty-Six members of the House signed a letter to Acting Food and Drug Administration (FDA) Commissioner Ned Sharpless, raising concerns about the FDA’s recently announced e-cigarette policy that could lead to more teen smoking, and the Senate introduced legislation that would effectively prevent teens from purchasing e-cigarette products online.

Former FDA Commissioner Scott Gottlieb, in one of his last actions, issued a policy that makes it nearly impossible for convenience and grocery stores to sell certain flavored e-cigarettes, in an attempt to limit teen access to these products. Unfortunately, according to research, this policy won’t be effective and may have the opposite effect.

The former commissioner indicated that the FDA would prioritize enforcement of the new e-cigarette policy on convenience stores, stating: “Our aim is to make sure no kid can access a fruity flavor product in a convenience store.” This is all despite evidence that convenience stores are much more effective at enforcing age restrictions on products. Gottlieb later walked back these statements on a podcast for Axios, claiming “a lot of the sales of e-cigarettes that we see in high schools aren’t necessarily 16-year-olds walking into convenience stores and buying these products.”

The letter House Republicans sent to Sharpless detailed the many flaws in the FDA’s logic. Members expressed their concerns, in part, because the data shows that the policy could lead to more teens smoking.

The letter explains that “the draft (FDA) guidance cites figures showing that more teens under 18 get e-cigarettes from vape shops (14.8 percent) than from convenience stores (8.4 percent), even though there are at least 10 times as many conveniences stores as vape shops in the United States.” The letter continues, “this data indicates that convenience stores are more efficacious in their compliance than their counterparts.”

The letter opposing this rule is signed by many influential Republicans, including Reps. Mark Meadows and Steve Stivers, as well as multiple committee ranking members like Reps. Michael Conaway and Virginia Foxx. Hopefully, this diverse support will cause Sharpless to change course.

The Senate also took action to reverse the rise of teen smoking. Senators Dianne Feinstein (D-Calif.), John Cornyn (R-Texas) and Chris Van Hollen (D-Md.) introduced the Preventing Online Sales of E-Cigarettes to Children Act. This bill would ensure e-cigarette online retailers require whoever delivers these products to check ID upon delivery. In addition, this bill would require shipping packages to be clearly labeled that they contain tobacco products.

This is a much-needed change since the current laws that govern tobacco deliveries do not include e-cigarettes because the Prevent All Cigarette Trafficking Act (PACT) was passed in 2009, before these products became commonplace. This loophole is likely the reason that of the teens surveyed who bought e-cigarettes or other vape products, over 30 percent bought them online, more than any other type of retailer.

These two important actions show that the House and Senate are serious about tackling the challenge of teen smoking.

Senate Majority Leader Mitch McConnell (R-Ky.) also recently introduced legislation to increase the legal age to purchase tobacco products to 21, citing the recent rise in teen smoking as his main motivation for sponsoring this bill. Given his support for addressing this public health concern, he should get behind the Preventing Online Sales of E-Cigarettes to Children Act.

McConnell should keep the FDA’s recent ineffective actions on e-cigarettes in mind when it comes time to confirm a permanent FDA commissioner. And I hope the House and Senate continue to make progress in addressing the teen smoking epidemic.

Matt Borges is the former chairman of the Republican Party of Ohio. He is a director at Roetzel Consulting Solutions. 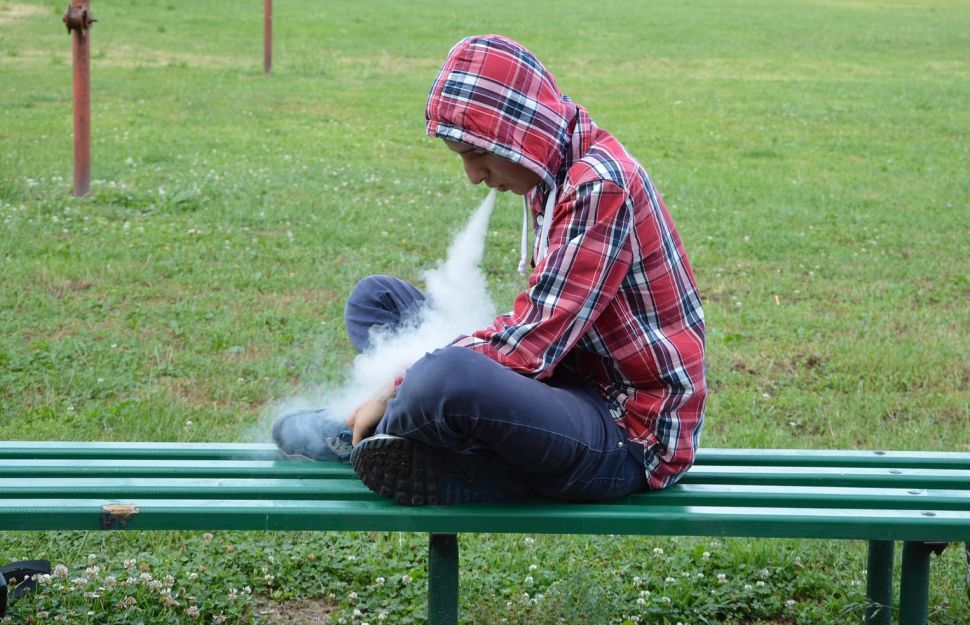