Cory Booker received a lot of press time for attacking Joe Biden over the front-runner’s comments about working with politicians that included segregationists decades ago. But will it benefit the New Jersey senator? Or will it cost the rising Democrat star his presidential ambitions… and a spot on the ticket as a vice presidential candidate?

Beating Up on Biden

The uproar among Democrats began when Joe Biden talked about the need to work across party aisles to get things done, something he has had experience with. Biden probably should have left it at that, but some of his examples included segregationists like Herman Talmadge of Georgia and former Mississippi Senator James Eastland, both Democrats.

“While stressing the importance of ‘civility’ in politics, Biden recalled how he’d worked productively alongside two segregationist senators, including the virulent racist Sen. James Eastland (D-Miss.). ‘At least there was some civility. We got things done. We didn’t agree on much of anything,’ Biden said. ‘Today, you look at the other side and you’re the enemy,'” wrote Andrew Prokop for Vox.

And so, Booker pounced. “This is about him evoking a terrible power dynamic that he showed a lack of understanding or insensitivity to by invoking this idea… I heard from many, many African Americans who found the comments hurtful,” wrote Rachel Frazin with The Hill. Booker then insisted that Biden apologize.

The Grio ran a headline proclaiming, “Cory Booker campaign gets 2020 jolt with pushback against Biden’s segregationists comments.” A check of the polls showed that the incident did boost him, by 50 percent. After all, Booker was at two percent in The Economist/YouGov poll at the start of the flap (June 20), and on Tuesday (June 25), POLITICO/Morning Consult had Booker up to three percent. Biden, who had a 10-point lead on June 20 in the Democratic primary, was back up to a 19-point lead on June 25 over his rivals, showing those words may not hurt him.

It’s early, of course, but for someone who hoped to get a lot of mileage on this issue, the early numbers don’t look so great. Booker’s only good news is that Rasmussen Reports amazingly has him within two percentage points of President Donald Trump (45 percent to 43 percent).

Booker is facing the same dilemma many challengers have to deal with when confronting a front-runner.  Should you attack the leader in a game of “King of the Hill” or stick to your message and hope that the audience buys it, or that the person who is first in the polls falls? As both Democrats and Republicans have found, going too negative isn’t a positive step for your campaign.

A History of Head-Scratching Attacks

Former Vice President Walter Mondale was widely considered to be the heir apparent for the 1984 Democratic Party nomination. But Jimmy Carter’s No. 2 faced the insurgent candidacy of Colorado Senator Gary Hart. Hart ran a close second.  He chose to blast Mondale for having “tainted” delegates, hoping some Mondale supporters would switch sides at the San Francisco Convention. Instead, Mondale won the nomination, passed Hart over for the VP nomination, and the Coloradan stumbled four years later when his campaign imploded over having affairs.

Though Bob Dole won the Iowa Caucuses, George H. W. Bush surprised him in the New Hampshire primary. The Kansas senator didn’t take that early defeat well. He became best known for his growling line “Stop lying about my record!” Dole went on a losing streak that he never recovered from. He managed to win the nomination eight years later, but never captured the presidency.

Tennessee Senator Al Gore had a bright idea in 1988: ignore Iowa and New Hampshire, and focus on the delegate-rich South. That strategy placed him among the top three, along with Michael Dukakis and Jesse Jackson, ahead of four other rivals. Then, it came down to New York. Gore accused Dukakis of not attacking Jesse Jackson enough for his foreign policy ideas, especially Jackson’s lean toward the Palestinians, and not with Israel. He even first brought up Dukakis’ controversial furlough program, one which would haunt the former Massachusetts governor.

Gore then campaigned with the colorful Ed Koch, who presided over New York’s recovery and ended up overshadowing Gore in the Empire State. Gore lost the New York primary, dropped out and was ignored by Dukakis in the quest for a Southern moderate candidate. It took Bill Clinton to rescue Gore’s career four years later when he made the Tennessean his vice president.

President Donald Trump shared the stage with many candidates. In the debates, it seemed like all of them would gang up on Trump, like an army of ineffective ninjas going after Chuck Norris playing a Texas Ranger. As a result, the Republican nomination turned into an event that was all about Trump. And he selected a running mate that did not include any of these critical opponents. None of these ex-rivals seem poised to challenge him next year in the primary, or to make an effective run in 2024.

The lesson for those running behind a front-runner is clear. You might boost your name recognition temporarily and move up the campaign ladder. But keep in mind, that for this extensive bipartisan list of also-rans, going after the front-runner with a sharp attack could cost you the nomination, VP short-list and future attempts at the presidency. 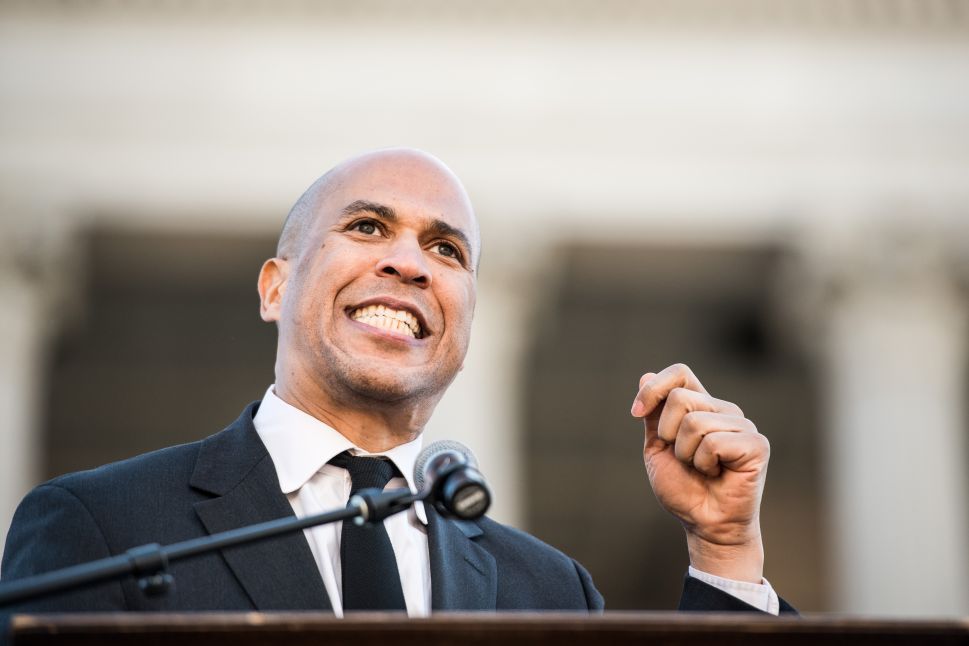