Cracker Barrel has become woke. The restaurant stated this week that it would not permit Grayson Fritts, a Knox County, Tenn. cop and pastor at All Scripture Baptist Church who has called for the execution of LGBTQ people, to hold an event in one of its restaurants. A Tennessee pastor and county police detective—what a combo.

In a sermon Fritts gave at his church, he called for the execution of people in the LGBTQ community, stating: “They are worthy of death.” In fact, check out his performance on video; it’s scary to think this man has the power to arrest people.

Sure, we applaud Cracker Barrel for not letting a man who incites hate and violence hold an event with his congregation at its restaurant in Cleveland, Tennessee. Cracker Barrel cited the restaurant chain’s zero-tolerance policy for “discriminatory treatment or harassment of any sort” as its reason.

And, it should be a given that people who disseminate hate speech don’t get to enjoy country fried steak served with a choice of three country sides and homemade buttermilk biscuits or corn muffins.

The Tennessee Democratic Party chairman, Mary Mancini, was the one who tipped off Cracker Barrel to the event.

A letter to @CrackerBarrel CEO Sandy Cochran from @tndp chair @marymancini re: Grayson Fritts' church, All Scripture Baptist, hosting an event at their store in Cleveland, TN. pic.twitter.com/VI6carVyaY

When we made the decision to remove and evaluate certain Duck Dynasty items, we offended many of our loyal customers. Our intent was to avoid offending, but that’s just what we’ve done.

You told us we made a mistake. And, you weren’t shy about it. You wrote, you called and you took to social media to express your thoughts and feelings. You flat out told us we were wrong.

Today, we are putting all our Duck Dynasty products back in our stores.

And, we apologize for offending you.

We respect all individuals [sic] right to express their beliefs. We certainly did not mean to have anyone think different [sic].

We sincerely hope you will continue to be part of our Cracker Barrel family.

So, Cracker Barrel, I have to honestly say, I much prefer the 2019 version of you over the 2013 model. Thank you for not buckling under pressure this time around—and I will have buttermilk biscuits over the  corn muffins, please. Now, if you could only have a word with your friend, Chick-fil-A. 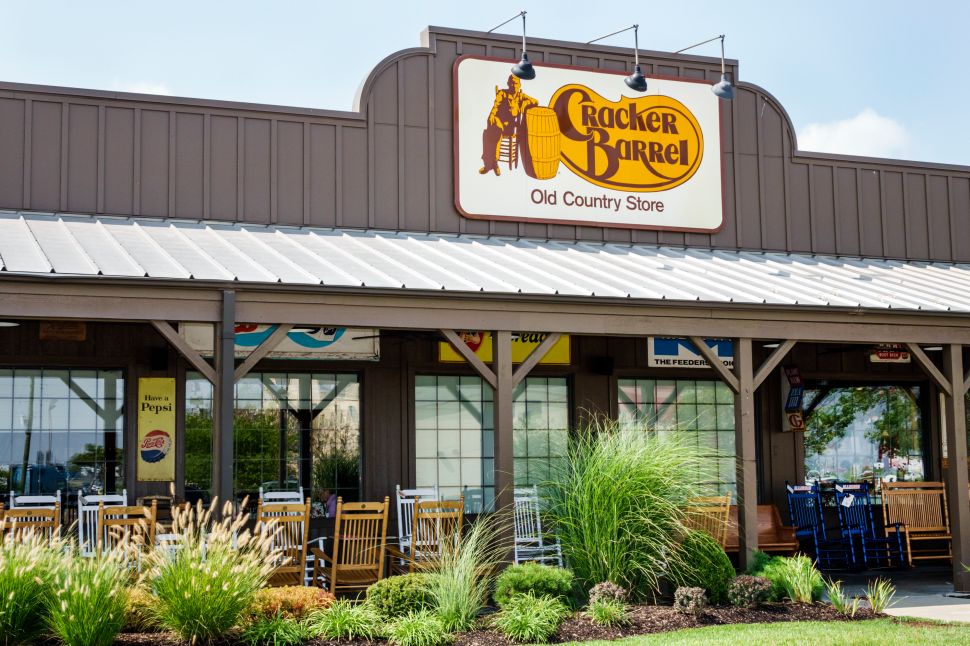