When most people think of CVS and Walgreens, they think of more-or-less identical pharmacies/convenience stores, which provide customers with snacks and pertinent medications at all hours of the day. Of course, Consumer Value Stores (yes, CVS is apparently an abbreviation… who knew?!) and the Walgreens Company have been locked in a heated death match ever since CVS was founded in the 1960s. (Walgreens dates back to 1901.) And the resulting war for a dominant head count of American customers has resulted in a scintillating, ongoing corporate saga.

As consumers nationwide grow more and more invested in mindful and healthy living, both companies have made moves to accommodate these interests. Today, CVS announced that it plans to add yoga class spaces, registered dietitians and medical equipment to 1,500 stores over the next couple of years, thereby expanding the company’s reach when it comes to health care.

Walgreens, meanwhile, has been experimenting with installing primary care clinics and physicians at some of its nationwide locations via collaborations with VillageMD and the insurer Humana, ABC News reports. In an indirect sense, both companies are taking steps to provide basic services for a huge swath of the population that simply can’t afford health care. CVS’s HealthHub stores will reportedly provide certain eye screenings, pharmacist assistance and help customers track their blood pressure, but that doesn’t replace comprehensive year-round coverage.

“The ultimate goal is [to] bring more health services into people’s communities where they can access them as part of their daily life,” CVS executive vice president Dr. Alan Lotvin told ABC News, but tacking on additional health services to your business is also a clever way of diversifying your company’s income. Walgreens is hip to this fact, too. Just this week, Observer received an invitation to a summer skincare-themed event hosted by Walgreens, during which a celebrity dermatologist and a Paris-based photographer will school attendees on the importance of shielding your skin from harmful UV rays. It’s sort of brilliant, really: Where does everyone make a pit stop right before hitting Rockaway Beach with their friends? Walgreens, to buy sunscreen. 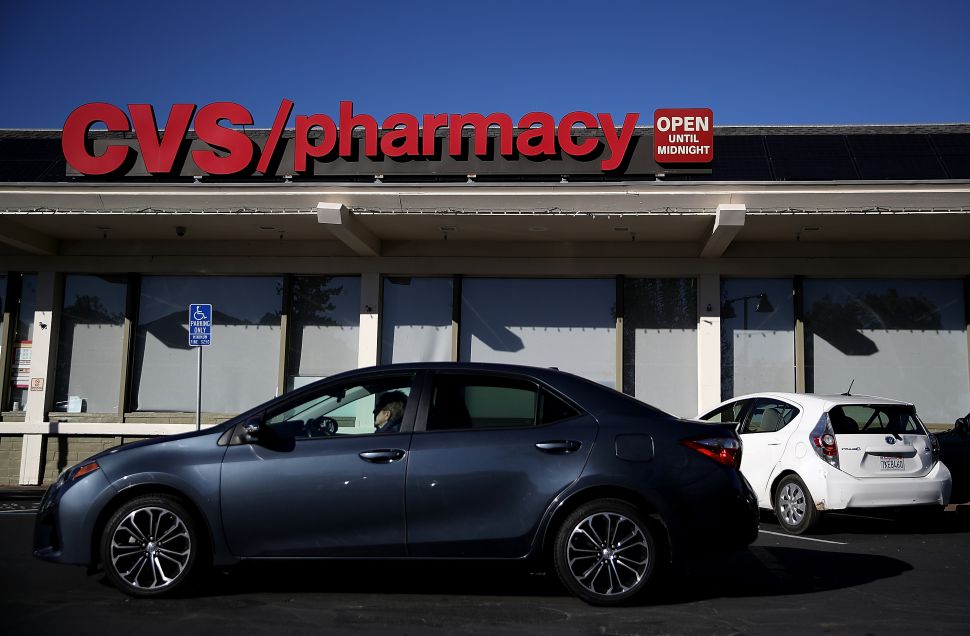